The cryptocurrency has gained widespread popularity in recent years and is in demand all over the world. Special wallets are used to store it.

Enjin Wallet is a wallet for Ethereum (ETH), Bitcoin (BTC), Litecoin (LTC), Enjin Coin (ENJ) and any ERC20 tokens. Enjin Wallet's security has been proven and proven in wallet reviews.

The program was released by Enjin, a company that develops products that will help create a developed virtual economy using blockchain technology. Enjin is deeply involved in the gaming industry.

The company was founded in 2009. Since its inception, it has spread across five continents in dozens of countries, with the goal of creating world-class products. The Enjin ecosystem consists of Explorer, Wallet, Beam, and other tools to increase revenue, gain competitive advantage and drive innovation for gaming enterprises.

The company has 50 employees and is headquartered in Singapore. Enjin cooperates with well-known global companies: Samsung, Microsoft, Binance, etc.

Enjin Wallet has a pleasant and user-friendly interface that will appeal to any client. Thanks to innovative security systems, a smartphone can turn into an Ethereum and Bitcoin wallet, and also come close to hardware security.

To enter Enjin Wallet, you need to pass verification - only the user has control over passwords. For reliable protection, the user can restore the wallet or funds on another device by entering a passphrase consisting of 12 words.

In addition to the obvious advantages already known to users, Enjin Wallet provides the following features:

With so much functionality, Enjin Wallet is constantly evolving and updating. The application is free, not filled with ads, and guarantees the safety, reliability and confidentiality of the client.

How to Use Enjin Wallet

In addition to its wide range of features, Enjin Wallet is lightweight and convenient to use. You can create a personal wallet as follows: 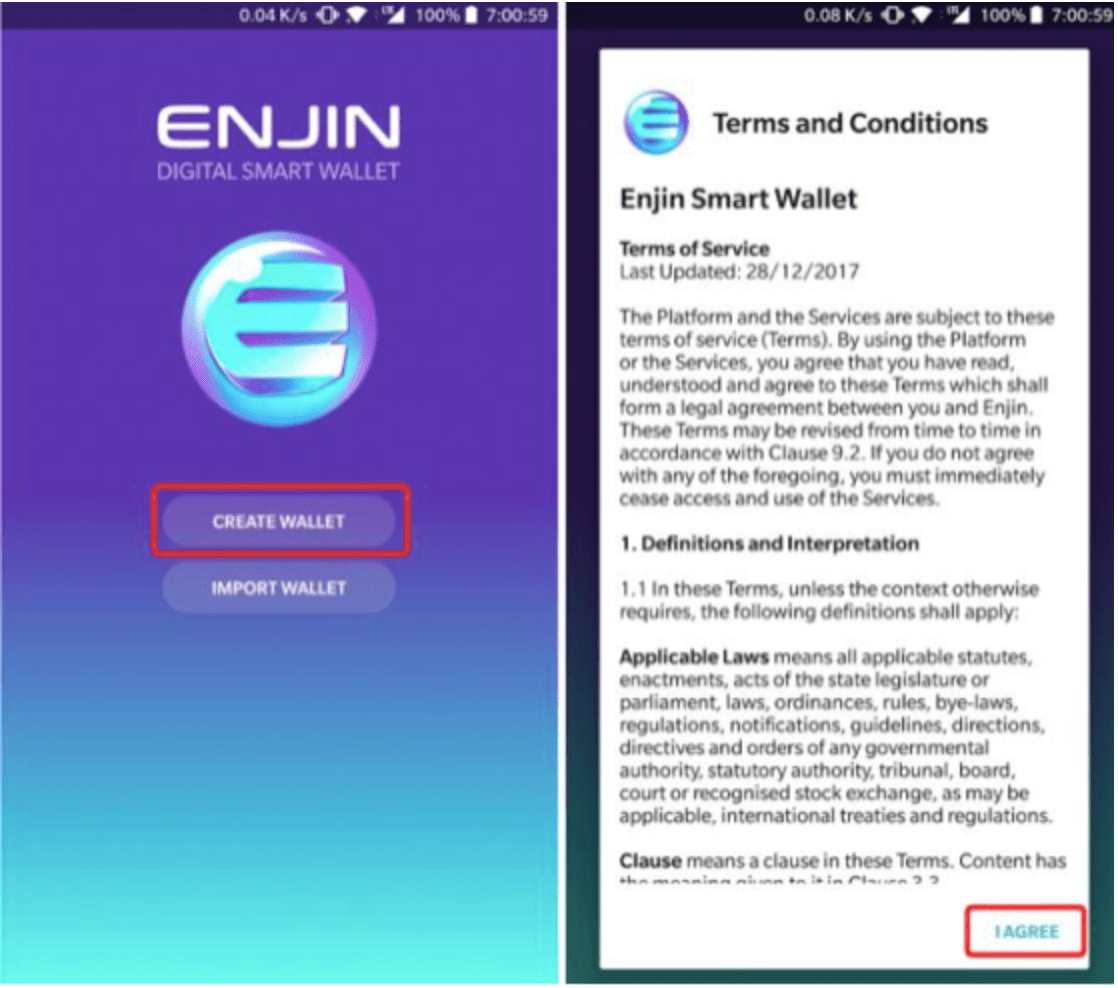 3. Create and enter a strong 8-character password with at least 1 digit. 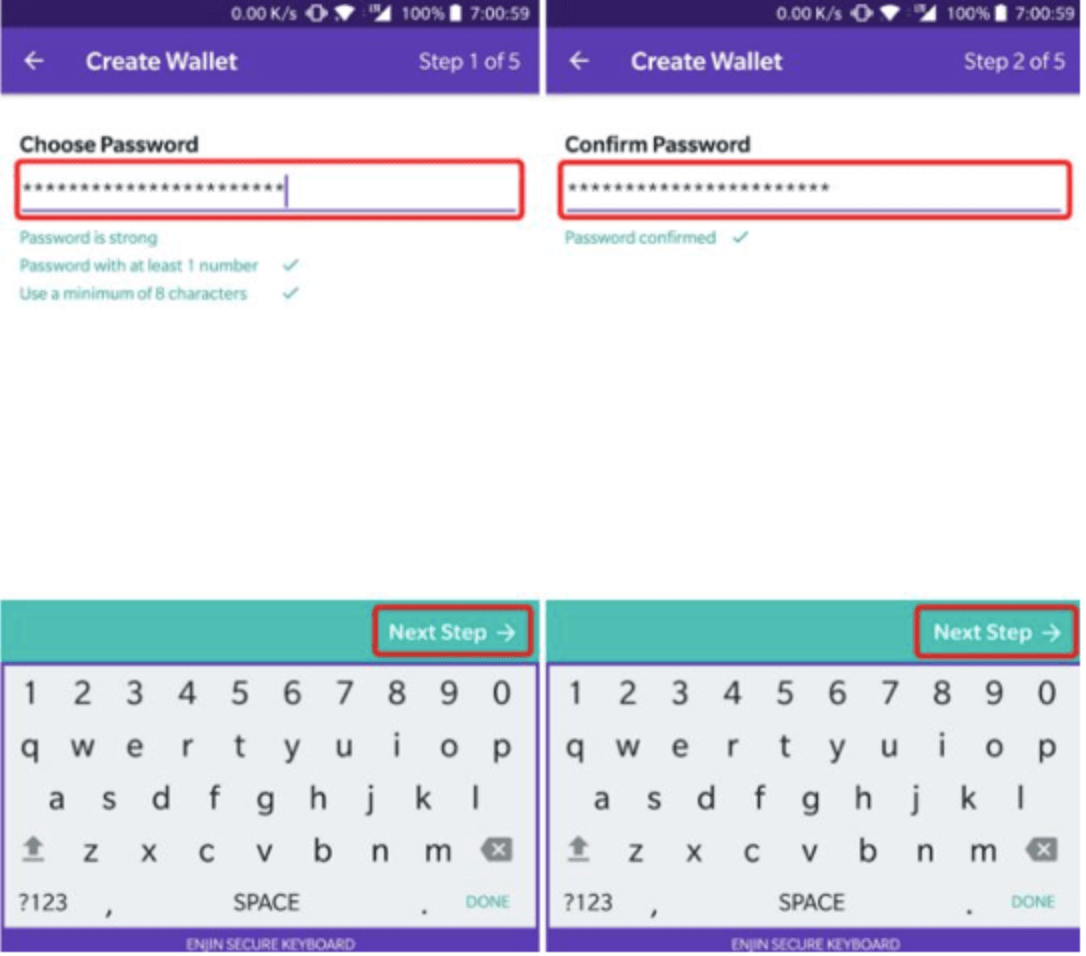 4. Enter a 12-word phrase that you need to remember in order to restore or get the opportunity to use the wallet in the future if you lose access to a device or application. 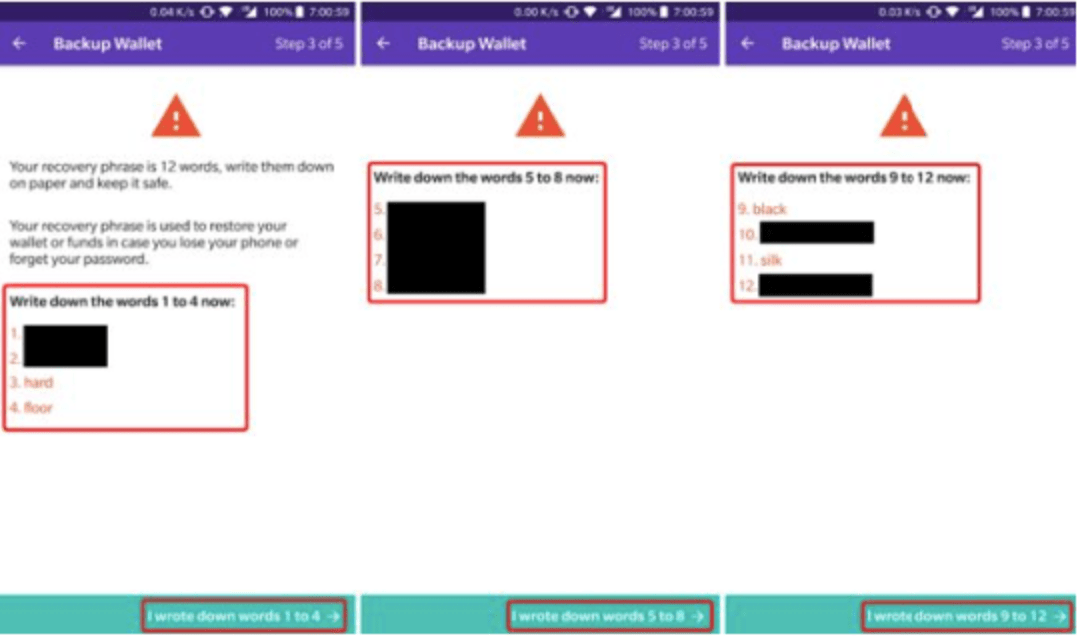 5. Check the phrase by entering two random words from it. This is to ensure that the user has saved or recorded the recovery phrase.

6. Select wallet tokens or coins. This parameter can be changed at any time. If there is no token in the list, you can add it by making it personal. This is the final step in creating your personal Enjin Wallet. It is important to make sure that you remember the password and the 12-word phrase. 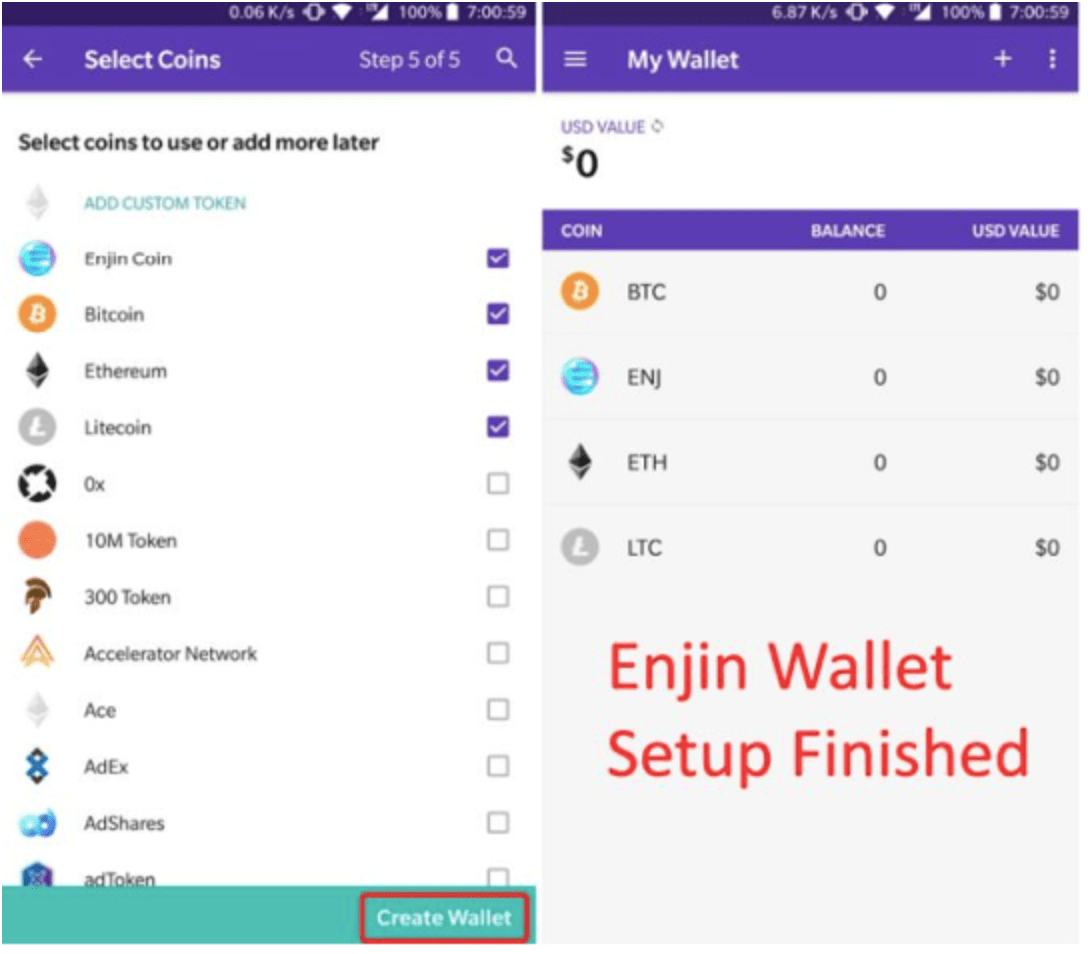 You can buy cryptocurrency on Coinbase, one of the leading platforms for such transactions. To do this, follow these steps: 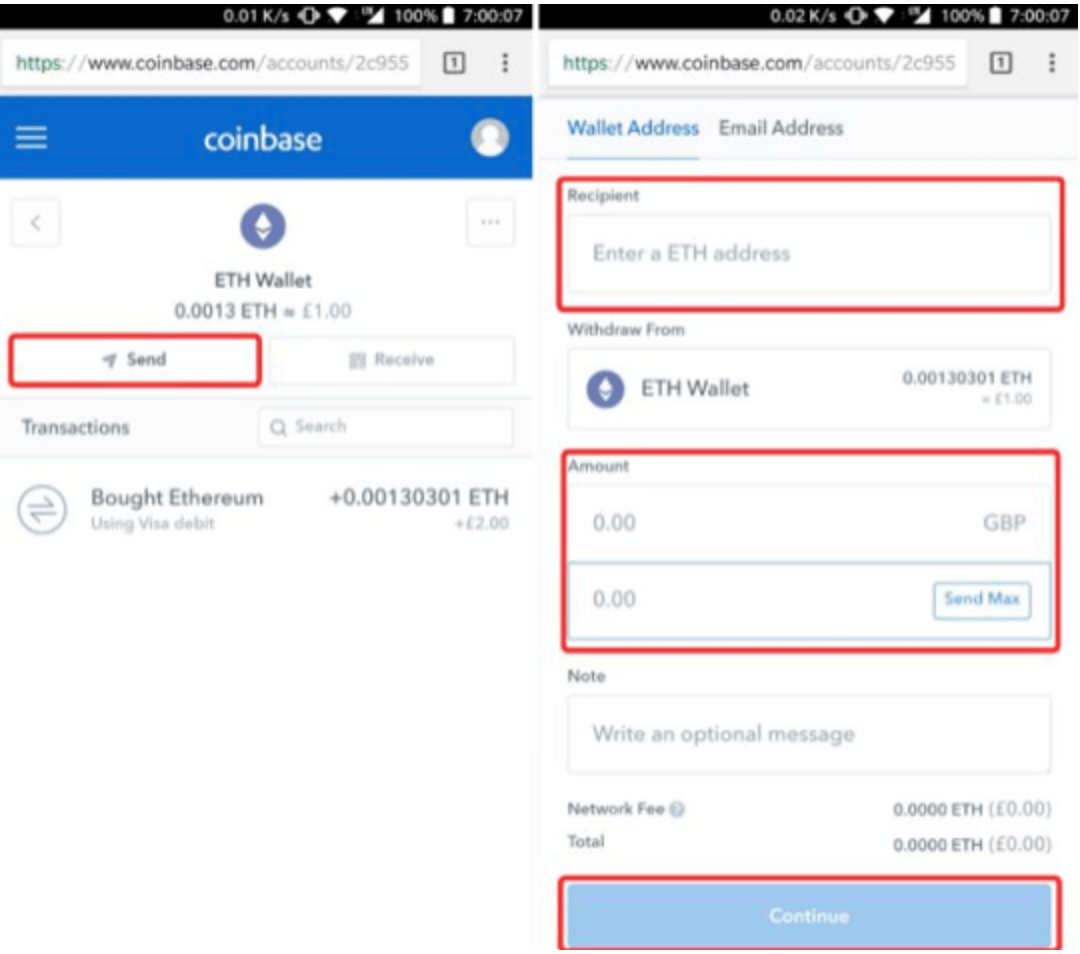 Enjin Wallet transactions are free of charge. Users only need to pay regular fees committed on the blockchain. ERC20 token transactions will require a small amount of ETH to cover these fees.

You can find thousands of positive reviews about the application:

Safety and Reliability - Is Enjin Safe?

There are two parameters that are most important for any digital currency wallet to function. It is reliability and safety. Indeed, among modern hackers and fraudsters, there are advanced technologies for hacking wallets. However, Enjin Wallet strives to fully meet the needs of customers, taking care of the security of their data and funds. For this, the developers have created:

The Enjin Wallet platform provides complete scam protection. So users don't have to worry about the safety of their funds, data security, and system reliability. For the average cryptocurrency owner or trader, Enjin Wallet is a top-notch platform. We can conclude that Enjin wallet is generally safe to use, though it's still less secure than hardware wallets.

rating is 0 not safe at all., I have been
hacked last april all the money gone
not need of 12 seeds of anything the jackers just get in my wallet and took the money to another platform in contact with enjin .. and police for luck of safe on enjin wallet any advise or message when btc when out just clean out my btc wallet dont im waiting a decent response from enjin company ..for the lost. they dont want to take responsabilities so far.

Enjin wallet not safe at all . be careful
online wallets., they promote the safest
and just being hacked all the money in
april . talking to police, and enjin no reply
take out all the money from all on line wallets.. for the good of the community they hacked all without the seeds any advise from the wallet nothing.. all stolen

Quite fast and quite convenient, a good example of a good wallet. I think it deserves 5 stars.