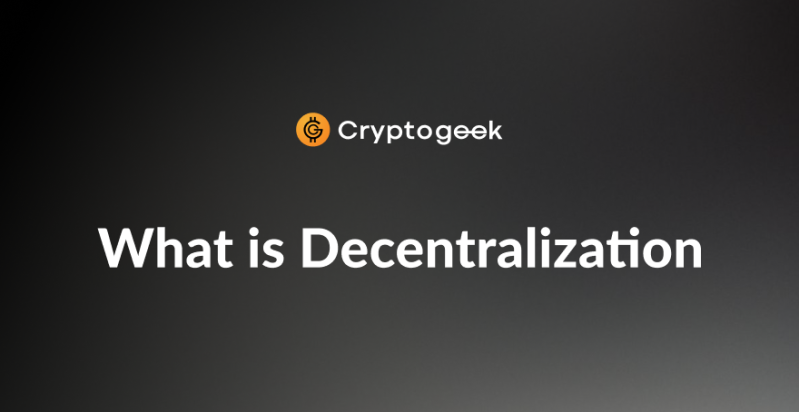 Cryptocurrencies have come into our world accompanied by several pivotal notions and decentralization is one of them. This term is not new. What is better for us, decentralization or centralization? For centuries this political discussion has been a hot topic. This question is associated with the core basis of people's communities and with many aspects of our lives. Do we need middlemen or should we rely on ourselves?

Cryptocurrencies have made a new significant step forward. Blockchain technology doesn't require getting rid of middlemen in favor of trusting ourselves. It rather relies on a trustless system built on the artificial algorithm that doesn't make errors and doesn't need any payment for its job. This delegation of governance to algorithms shaped the face of the modern notion of decentralization.

What Is Decentralization Today?

We should realize that we will talk about decentralization in the economy because this is the first area affected by the appearance of blockchain technology. Considering this reservation, we can see decentralization as a type of governance in which the network is regulated collectively in accordance with an independent algorithm.

We can say that decentralization removes at least two problems of the traditional economic system. First, it creates a financial network that can't be controlled by any single power. Cryptocurrencies are not controlled by state borders and laws, and this circumstance makes the exchange process between different people much easier. More than that, if we assume that decentralization works well, no one will be able to freeze or confiscate your funds because it belongs only to you (no bank is responsible for keeping your funds). You won't have to deal with limitations that banks enforce when you are going to spend a large amount of money, etc.

Decentralization helps people to step back to the peer-to-peer exchange process. Second, decentralized networks do not need professionals to maintain the network's operability, so users don't have to pay to anyone. They pay the network fees and make transactions that are safeguarded by an algorithm that is not affiliated with any party and cares only about the lack of errors. As no one is interested in strengthening of other parties, no one is able to become more powerful than others. Voters won't let it happen. Instead, they will likely vote for improvements of the network and strengthening of decentralization. In short, decentralized networks are cheaper.

If you own decentralized assets (e.g., 1inch) that you hold in a wallet with high-level protection, then it's safe to say that you are the real owner of your money. Centralized assets such as fiat money always have thin strings held by central banks. Normally we don't see or don't pay attention to it, but sometimes we notice that someone pulls these strings and our money move away from us and become out of control. It means that we do not control our fiat funds completely.

There are known cases when individuals or organizations opposed by the governments had to switch to cryptocurrencies in order to sustain an ability to pay and receive payments (for example, WikiLeaks). Moreover, any of us can face trouble using a credit card abroad when going to spend a large sum of money. In some cases, we'll have to call the bank in order to confirm that we are going to spend the money. So it comes that you need permission from your bank in order to spend your own money. So is this money really yours? This is a good question.

While no one can legally affect the use of our money if we use decentralized assets, we are still vulnerable to 2 obvious menaces: our money still can be stolen, and the market activity can blow the value of our assets away (at least for some time, although there's no guarantee that it's not forever).

What about a menace that is not so obvious? Well, if we look at some certain blockchain/network, and analyze its structure we might notice some potential for intrusion that can make these decentralized platforms centralized, and since that moment all the flaws of centralized networks will become relevant for the networks we talk about.

The vivid example is the so-called 51% attack. It's a situation when over half of voting nodes fall under the control of a single authority (a group of miners who have over half of the hashrate). In such a case, no one will be able to oppose the decisions made by the holder of 51% of votes. What does it mean? The attackers would be free not to confirm new transactions, and the already confirmed ones can be reversed so the coins can be double-spent by the attackers. This situation is not hypothetical, for instance in 2018 51% attack was carried out on the Bitcoin Gold network. As a result, the attackers managed to steal over $18 million worth of Bitcoin Gold.

Even without such attacks, several huge cryptocurrency platforms are criticized for being quasi-decentralized or decentralized poorly (for instance EOS or Ripple). Usually, it means that governance is executed by a small number of nodes, so theoretically for a strong group of attackers, it is relatively easy to get control over half of them, although it was not the case for both mentioned examples. Decentralization apologists believe that platforms should have as many nodes as possible in order to deliver better security and democratism.

Decentralization on the backs of trust-free algorithms seems to be a new trend brought with the blockchain technology. Without a doubt, it will spread to other spheres of life — most probably it will go hand in hand with blockchain all over the place as it makes blockchain cheaper and safer than the traditional systems. Will it only play a positive role or will it lead to some new challenges? Time will show. 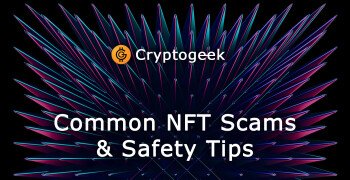 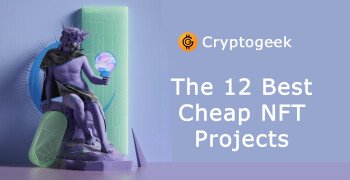 Feb 03, 2023 0
bitcoin blockchain guide cryptocurrencies decentralization basics distributed ledger technology wikileaks
The opinions and assessments expressed in the text are the views of the author of the article and may not represent the position of Cryptogeek. Do not forget that investing in cryptocurrencies and trading on the exchange is associated with risk. Before making decisions, be sure to do your own research on the market and the products you are interested in.