Jaxx Liberty is a decentralized multi-currency wallet created in Canada in 2014. The project was developed by one of the co-creators of Ethereum Anthony Di Iorio. For years this wallet was known simply as Jaxx wallet. In 2019 it was rebranded, upgraded, and got the name Jaxx Liberty.

After the release of this wallet, the service gained huge respect and popularity due to the convenience, functionality, and safety. Among the important features of this wallet service, we should mention that it's free, it supports over 80 currencies, and it requires no logging in. The wallet exists in the form of a desktop wallet for Mac, Linux, and Windows, a mobile version for iOS and Android, and as an extension for the Google Chrome browser.

Jaxx is a multi-currency crypto wallet. The interface of this wallet is user-friendly and appealing. That is one of the reasons why this wallet service has gained popularity. Even those who haven't had any experience of using cryptocurrencies before easily understand how to manage their assets with this wallet.

At the bottom of the window, one can see the horizontal menu with 7 tabs: wallets, exchange, portfolio, markets, news, rewards, and block explorer.

In the wallets tab, the user can choose one of the available wallets: Bitcoin, Ethereum, Bitcoin Cash, Litecoin, Dash, Ethereum Classic, ZCash, Doge, BAT, Golem, Ripple, and so on (the wallet supports over 80 currencies). Clicking on the wallet takes the user to the tab of the chosen wallet. This tab contains three more tabs: Balance (it opens first by default), Transactions, and Info. The balance tab contains only several basic buttons: send, receive, exchange. Also, it's displaying the amount of currency, moreover, the value is displayed in US dollars, too. The transactions tab contains the history of transactions associated with the wallet address. The Info tab provides actual data about the asset. This information includes the current price (in USD), market capitalization, 24-hour volume, change, and so on.

An Exchange tab provides an opportunity to use the ShapeShift platform. This platform provides a decentralized solution for exchanging cryptocurrencies. Thanks to the partnership between the platforms, the users of Jaxx can use ShapeShift functionality via the interface of the wallet. The opportunity of exchanging of currencies right in the wallet's interface is an extremely user-friendly feature, making this wallet attractive for people who don't want to spend much time on choosing and using the separate platform for buying/selling of assets.

The portfolio tab is displaying the Total Portfolio value in USD. Also, one can use the Receive Cryptocurrency button to increase the value of the portfolio. Under this button there's a list of all currencies stored in this wallet, the value of each currency in USD, and the change (in percent) that took place during the last hour, last day, and last week.

The Markets tab shows info about the top 99 assets by market capitalization. The data displayed in this tab includes the name of the asset, the price of the asset in USD, the 24-hour and one week change (in percent), market cap (in USD), the current supply, and the volume in USD.

Another tab is News where users can get the actual information on cryptocurrency topics. This feature increases the functionality of the Jaxx wallet making it an instrument that is supposed to replace most of the other services of interaction with cryptocurrencies and provide users with all possible features and data. Such monopolization doesn't seem to be realistic, but nevertheless, this feature makes the wallet even more convenient.

In the Rewards tab, a user may sign up to participate in the rewards program that is planned in the future. In order to sign up, the user must complete the puzzle (a Jaxx logo) and insert a display name and the email address. The rewards are associated with the collecting of Decentral Unity (JXX) tokens and participation in the community.

On the Home page, the user can set the backup for the wallet creating a 12-word backup phrase. This phrase can help to recover access to the funds in case if the initial wallet is not available.

As one can see, this service is truly multifunctional and capable of replacing many other platforms. Keeping numerous currencies in the same wallet is also an easy thing. Moreover, the download and installation is very simple. The diversity and number of provided functions can fit both novices and experienced cryptocurrency owners. Another notable feature is a cross-platform pairing. It means that the user's assets are accessible on the wallets installed to the different devices of the same user.

To make sending and receiving money easier, Jaxx allows using QR scanning instead of typing the wallets' addresses. The code containing the wallet address can be scanned by the mobile device. It makes the operations much quicker. This feature is especially useful in situations when cryptocurrencies are used as payment means. If someone is going to buy something in the store and pay with cryptocurrency, it's much better to use QR code instead of wasting time typing the wallet's address. This feature makes Jaxx a little step towards the mass adoption of cryptocurrencies.

How to Use Jaxx Wallet?

Using this wallet is easy. As it was already mentioned the registration is not required. The desktop wallet app can be quickly downloaded from the official website and quickly installed. The mobile version is not hard to find on Google Play and on the App Store. The user might create a username and provide an email address in order to participate in the rewards program but for any other activities, users can keep their anonymity.

As soon as the wallet is installed, one can already use it (all the tabs are described above). The first thing to do is probably to take care of security. On the Home page, one can set a 12-word backup phrase. To do so one needs to click on the "Your Jaxx Liberty is not backed up!" section in the upper left part of the wallet window. Then the user should check the box confirming that no one is watching and then finally the creation of the phrase will start. The user will have to choose the words for the backup phrase word by word. Each word is chosen from the 4 variants provided by the wallet. Other security options are setting a PIN and creating a password. Both means are strongly recommended to be turned on.

Then it's possible to customize the set of wallets. By default, there are only 12 wallets from the list of 83 supported currencies. In the upper left part of the Home page window, there's a Customize button where the user may add wallets for other currencies. After adding the wallet, one should proceed to the Wallets tab. The new wallet is not set yet, it needs to be initialized. There's a "click to initialize" button on the right from the name of the currency. All one needs to do is click on it and the wallet immediately gets initialized.

To move some currencies to the wallet one needs to proceed to the Wallets tab, choose the needed currency and tap on the Receive button. After the tapping, this button, one will see the QR code and the address to send money to. Besides QR code there's another option that makes it easier to operate with the wallet address — a Copy Address button. In order to send some coins, one needs to insert the wallet address of the receiving party, set the amount, and tap the Send button.

That’s quite obvious that the interface of the Jaxx wallet is really user-friendly and convenient.

The Jaxx Liberty is a free project, so it doesn't collect additional transaction fees (although fees are collected for the use of the ShapeShift API). Sending money to the other wallets is charged with the transaction fee only.

Since the year of the wallet launch (2014) there is only one known case when the wallet was hacked. In 2017 the wallet installed to a "jailbroken" iPhone was accessed by the hacker. The hacker managed to steal $400,000 worth of ETH. There's a report of explored vulnerability that was posted several in 2017, and it seems that the Jaxx team is not willing to address this vulnerability. This breach allows hackers to obtain the 12-word backup phrase. The very fact that there was only one case of stealing makes us believe that the wallet is rather a safe one, but the existing unaddressed vulnerability is a risk that should be taken seriously.

Unfortunately, Jaxx Liberty doesn't have much to offer in terms of security. It encrypts the data but due to the mentioned vulnerability some believe that the key can be retrieved so decryption is rather the matter of time. 2-factor authentication, a popular, strong, and wide-spread security layer, is not supported. More than that, the source code of the wallet is not fully available for the public. The part of the code that is available for users All these facts lead to an opinion that Jaxx wallet isn't very secure. However, once again, we should admit that practically, in years there is only one confirmed Jaxx security breach.

What security features are available for Jaxx users? Basically they rely on such protection methods as 4-digit PIN and the password. Strong password and a PIN code can safeguard accounts from intruders but skilled hackers theoretically can break through such a security.

Some say that Jaxx is the first serious alternative and rival of the popular Exodus multi-currency wallet. Comparing the Jaxx wallet to Exodus shows that both services have their advantages and drawbacks and it's quite hard to decide which one is better. Both wallets are user-friendly, well-designed, and available for numerous platforms and devices.

When it comes to differences, we should mention the ways these wallets secure the user's assets. The Jaxx wallet is storing all the keys on the user's device and creates a new address for each transaction, while the Exodus users are more dependent on the security of their email address. At the very same time, we have learned that the Jaxx wallet doesn't do enough to fix the known security issues. Exodus supports more cryptocurrencies than the Jaxx wallet. Jaxx provides users with the opportunity to choose from mining fees in order to regulate the transaction speed while the Exodus transaction fees are not an object to the user's decisions.

Coinomi is another rival of the Jaxx wallet. Both wallets have mobile and desktop versions. Both wallets were created in 2014 and support multiple currencies and compatible with diverse devices and platforms. Both Coinomi and Jaxx users store private keys on their devices. Both wallets have an inbuilt exchange feature associated with the access to the ShapeShift API but Coinomi users can also opt to change coins through the Changelly service as well.

Jaxx wallet turns out to be a decent and safe service, but some of its functions are limited compared to other wallets on the market. However, it's still one of the good options for everyone entering the cryptocurrency field. 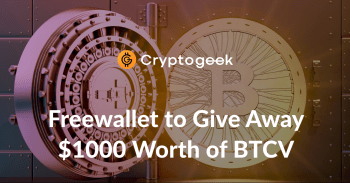 Freewallet Is Giving Away $1,000 Worth of BTCV 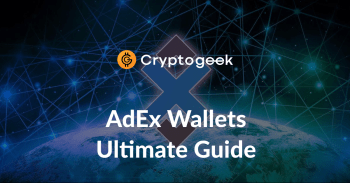 - Not regulated
- No 2FA
- The security breach wasn't addressed

Got stolen by selling without any notice for my 0.86 eth on Dec 2019. The only reply from them is that they dont have any addition measure other than those 12 phrases passcode. Wouldnt help to trace any further.

Aftermath for this incident, they wont be able to do anything in case of the account is compromised. Completely on your own once on board.