How do exchanges insure the funds of their users? 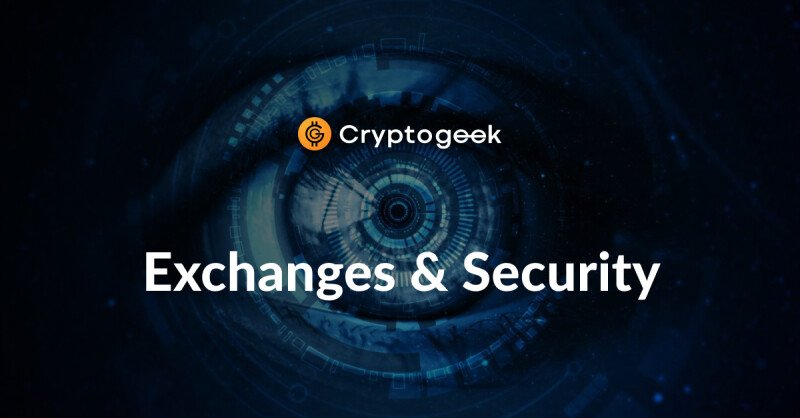 Against the backdrop of the development of the digital asset market and the increasing hacker attacks on cryptocurrency exchanges, a consequential question arises about the protection of funds. Let's try to figure out how now exchanges insure the funds of their users and whether we should expect the introduction of insurance rules similar to financial markets.

The largest of all hacks in 2018 was the Coincheck hack. From the Japanese exchange, hackers managed to steal more than $ 530 million in NEM cryptocurrency. This hack turned out to be $ 80 million more expensive than the Mt Gox hack, formerly known as the largest cryptocurrency hack in history. This hack led to the bankruptcy of the exchange, but after it there were no less high-profile stories with BitGrail, Coinrail, Bithumb, as a result of which users lost a crypto worth more than $ 260 million.

Despite the fact that in 2018, about $ 1 billion in cryptocurrency equivalent was stolen in total, not a single culprit involved in hacking was found. In this situation, each exchange raises the question of how to protect themselves and the money of their users.

Cryptocurrency exchange insurance has long been available in the United States. One of the first exchanges that started to insure the funds of its users was Coinbase. The site has been collaborating with Lloyd’s of London since November 2013. In April of this year, the exchange management said that their hot wallets were insured for $ 255 million. Under the terms of insurance, it covers, including losses from a hacker attack, hacking and theft - the most likely scenario for the loss of assets.

Amid increasing attacks on South Korean exchanges, the local regulator Fair Trade Commission (FTC) changed the requirements for the platforms, obliging them to be responsible to users for loss of funds as a result of fraudulent activities or technical failures. The main difference from the previous rules is that now the exchanges are obliged to compensate for any losses, even if their fault is not established in what happened. Previously, compensation was relied only if the fault of the exchanges for losses and thefts was proven.

Prior to this, some South Korean exchanges have already been insured. For example, Bithumb has two insurance contracts, one with Hyundai Marine & Fire Insurance, and the other with Heungkuk Fire & Marine Insurance. However, both did not cover the damage in the event of a hacking, but only the losses associated with the violation of information services and the leak of personal information of the investor. Other exchanges have insurance with fairly low coverage: Bithumb - up to 6 billion won (~ 5.3 million dollars), Upbit - up to 5 billion won (~ 4.5 million dollars), and Coinone and Korbit - up to 3 billion won (~ 2.7 million dollars). The situation in this market will soon change dramatically. In mid-2018, the South Korean blockchain association, of which 23 exchanges are members, issued a statement stating that it is negotiating with Hyundai Marine & Fire Insurance and Hanwha General Insurance to provide cryptocurrency exchanges with any size insurance coverage.

Cryptocurrency analysts agree that the lack of existing tools to protect cryptocurrency funds is the reason why institutional investors still do not want to enter the market. Despite this, in January last year, the Cointelegraph announced a survey conducted by research company PollRight, which showed an 41% increase in institutional investment over the next five years.

Institutional crypto assets storage services are also provided by companies such as Xapo, DACC, itBit, and Kingdom Trust and the relative newcomer tZERO, which allows you to trade security tokens.

The world's second largest insurance broker Aon recently announced the formation of a group of insurers to provide cryptocurrency reserves for customers of Metaco, a company engaged in the storage of digital assets. The group consists mainly of European insurers and will offer institutions using the SILO Metaco solution for hot and cold (online and offline) wallets a product of insurance against harm caused by criminal acts.

Manufacturers of hardware wallets do not stand aside. Ledger entered into a partnership agreement with the Hong Kong trust company Legacy Trust, which is engaged in custodial storage of assets, in order to ensure the storage of cryptocurrencies “at the institutional level”. Legacy Trust, using the Ledger Vault product for managing multi-signature cryptocurrency wallets, stated that it can now “securely and efficiently” store digital assets of clients, such as Bitcoin, and will also begin offering ERC-20 token storage on the Ethereum blockchain.

And although today insurance on the cryptocurrency market is not the most common tool, it is inevitable as the market develops and institutional investors enter it. As legislative regulation is introduced in the world, we should expect that insurance of digital assets will become the standard, just as it takes the place on classical financial exchanges.