To understand whether it is worth investing in Bytecoin (BCN), you need to objectively evaluate the idea of ​​the project, the activity of its team, as well as the specifics of mining, storage, purchase, etc. In this review, we can learn in detail about the Bytecoin project and its growth prospects. Today we prepared a Bytecoin (BCN) price prediction for 2022-2030.

Bytecoin (BCN) is one of the first digital coins based on the CryptoNote software algorithm. The Bytecoin cryptocurrency is an independent project that is developing in isolation from bitcoin and altcoins based on this currency.

BCN cryptocurrency appeared in the middle of summer 2012. When developing BCN cryptocurrency, programmers achieved maximum anonymity and security. This currency was created specifically to protect users' personal information through anonymous transactions that are not traceable. For this reason, Bytecoin is commonly referred to as the next generation of crypto coins.

Bytecoin (BCN) now rightfully bears the status of one of the most promising digital crypto assets, providing complete anonymity and security of funds. The cryptocurrency Bytecoin appeared in 2012, a well-known cryptocurrency enthusiast working under the nickname "amjuarez". He decided not to use the usual fork path, but to create his own software framework for the further development of Bytecoin. At the same time, the first financial transaction using a byte was carried out only two years after the appearance of the currency.

At the heart of the Bytecoin coin is the new CryptoNote technology, which has a number of unique properties. This digital coin is ideal for those users who value the security and anonymity of their financial transactions. In addition, it enables transactions to be carried out automatically. As a result, the creators of this project managed to combine continuity and anonymity in their brainchild, which should help it win a large user audience in the future.

The main use of this coin is the exchange of funds between users. According to the creators of this digital project, their coin offers the most convenient and secure method of payments between users, which is explained by the presence of special protection against unauthorized attacks from malefactors.

Transactions for the transfer and exchange of funds within the Bytecoin cryptosystem are carried out with lightning speed and with no commission at all. All of this was achieved thanks to advanced and developed system infrastructure.

This digital project is especially popular among inexperienced users who do not have extensive knowledge of cryptocurrency mining and do not have high-performance equipment. This is due to the fact that even now Bytecoin can be mined using a laptop or a regular stationary PC. Such low-performance equipment can bring a good income to a novice miner. In this case, we can say with confidence that the mining of Bytecoins is a promising event because if the quotes of this currency grow, the crypto-miner will be able to get a profit.

Working with the use of Bytecoin will also be beneficial for the business sector. Entrepreneurs will be able to gain at their disposal the benefits experienced by other users. The business community should note that the main advantage of this coin is the availability of protection against payment refunds. The algorithm of the currency was thought out in such a way that the risks of refunds from buyers were minimized.

Despite such advantages of BCN for commercial activities, this currency has not yet managed to gather around itself a large number of businessmen and companies engaged in trade. To date, byte calculations are only available in a few online stores.

According to some observers, Bytecoin is one of the most promising crypto assets for long-term investment. Recently the Bytecoin team presented Bytecoin Zero, a browser wallet for the Bytecoin platform. This software allows users to open their Bytecoin wallets and transfer BCNs straight in the browser without requiring desktop-class software. All this should contribute to an increase in the number of users using this coin. As a result, this will lead to an increase in the value of the coin on the exchanges, which will bring profit to investors who risked investing in Bytecoin.

Also, Bytecoin management plans to officially enter Asian markets, where there are already previously created user communities. At the same time, Bytecoin does not abandon its plans to conquer the market of Eastern European countries.

One of the most important factors that can ensure the subsequent success of the currency is that it began to trade on such a major crypto exchange as Binance. Such news led to a jump in the exchange rate quotes, which subsequently helped to attract new investors and users interested in the possibility of making a profit using this asset.

Therefore, experts agree that the conquest of new markets will have a positive impact on the development of ByteCoin, and will also show the real level of professionalism of the project creators. At the same time, it is difficult to make an accurate forecast for upcoming years regarding the direction of the Bytecoin development. In general, there is no doubt that the BCN price tends to follow the major market trends. For instance, in February 2021, the Bytecoin price has grown by several times in a short period of time. In April and May, the price was around $0.001. Then, it declined significantly. By the end of May the price has dropped by two. By the end of winter in 2022, the price was already around $0.00015.

At some point Bytecoin seemed to be a project with poor prospects. Nevertheless, the coin has survived the crisis and is still traded constantly. As of now, most experts see Bytecoin as a coin that will keep growing slowly further on and on.

In addition to the previously listed features of the crypto coin, related to its advantages, users during their interaction with this project were able to highlight main advantages.

The advantages of the Bytecoin cryptocurrency project include the following aspects:

All the listed advantages of the currency should in the long run lead to the fact that there will be an appreciation of BCN in relation to fiat money. Thus, people who have invested money in Bytecoin at the time of its low cost will be able to get a good profit.

The disadvantages of this project include the low cost of the coin, as well as the lack of obvious prerequisites for the fact that it will begin to rise in price in the near future. Therefore, Bytecoin is not suitable for those who want to get profit from investment activities in a short time.

Also, the disadvantage of cryptocurrency is that few platforms support working with it, which limits the opportunity for novice users to earn it. In addition, not every mining pool provides an opportunity for the extraction of this crypt by joint efforts. Therefore, this coin is more suitable for fans of solo mining.

How to Buy, Sell, Store Bytecoin?

The best crypto exchanges where you can buy Bytecoin today are Binance and HitBTC, since they have the largest trading volume, and therefore always have a good rate and high liquidity.

In addition to these cryptocurrency exchanges, BCN trading is available on Poloniex, Crex24, Stocks Exchange, TradeOgre, Cfinex, etc. But trading volumes are very low here, so it is better not to take risks and work with large, reliable sites.

For the convenience of users, the developers offer options for all popular operating systems: Windows, MacOS, Linux and Android.

Everyone is allowed to participate in the work of the BCN cryptocurrency blockchain network, using the power of their electronic device (PC, laptop, etc.) for this purpose. Due to this mechanism, transactions are processed decentralized, and each person simultaneously acts as a user and a participant.

At the same time, everyone decides for himself whether to invest the power of his "iron" in the maintenance of the blockchain chain, receiving a reward in the form of BCN in return, or simply buy a cryptocurrency and use it to his advantage.

The problem with the low popularity of BCN crypto coins is the low profitability of mining this digital asset. Moreover, in the case of using a computer, the power is above average, you can receive up to 1.5 thousand coins per day. It should also be noted that the speed of mining bytes at night increases.

The income from the extraction of such crypto is still small, but it is possible that after a while, with the growth of its value, such activities will bring dividends. Also, the received currency can be exchanged for other altcoins, which can also contribute to earnings in the future. But here the size of the final profit will directly depend on the rate of rising in the price of digital currencies to fiat money.

Of course, with the rise in the price of this digital asset, the market situation will change, as will the attitude of users towards BCN. It is possible that the next stage of growth of the cryptocurrency market will soon take place and we will see the rise of the byte to the top of the ranking of the most expensive cryptocoins.

The emergence of new blocks slows down over time, so the Bytecoin rate in relation to the dollar, euro, and other assets will inevitably grow. Accordingly, investments in mining or directly buying coins are beneficial, since in the future the price of the cryptocurrency will only increase. 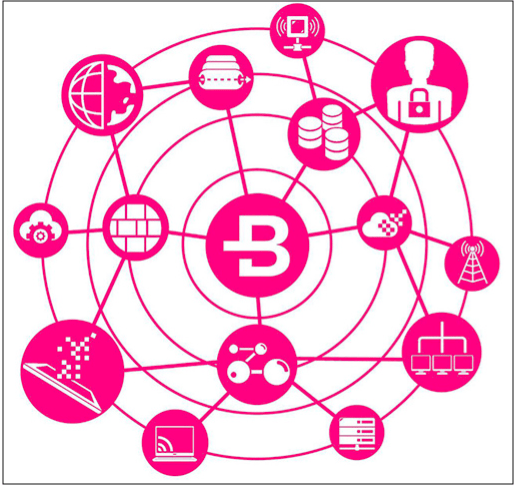 But the cryptocurrency in users' wallets is already reliably protected, and the security of the storage does not depend on the degree of reliability of the blockchain chain. That is, savings are absolutely safe.

- Ensuring the security of users' funds, storing them in the form of Bytecoins. Users' digital coins are protected by an advanced cryptographic encryption algorithm;
- Protection of personal user information when performing financial transactions;
- Possibility of crypto mining both on the processor and on a mid-level video card, which makes it possible for a larger number of users to plunge into the world of mining;
- All transactions are carried out instantly and there is no commission;
The coin has built-in protection against fraudulent activities, as well as against double-spent of funds and refunds at the end of transactions;
- The use of Bytecoin's deflationary scheme. The final number of cryptocoins is limited by the creators. It is gradually becoming more and more difficult to mine bytes, which after a while should lead to a rise in the value of the currency.

- Very low cost of the coin;
- Lack of investments from large companies;
- Not for the short term investment.

I hold it for the future