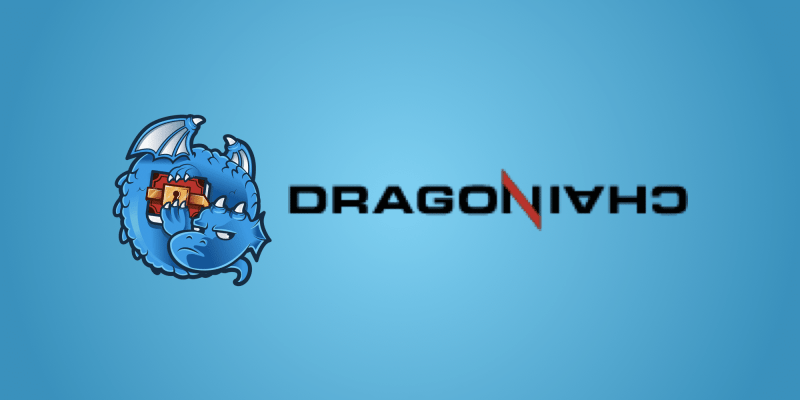 Dragonchain is a blockchain-based ecosystem that allows developers to create their decentralized applications on top of it. So functionality-wise it's quite alright to compare Dragonchain with Ethereum, EOS, and other similar projects although there are several differences in place. For example, unlike Ethereum, this network is partly public. There is a portion of data that is not available for the public eye. Another serious difference from the main Dragonchain rivals Ethereum is that the developers choosing Dragonchain can use any code they like (Python, Java, C++, etc) while the Ethereum opportunities are limited to the use of the Solidity programming language.

Note: You can exchange cryptocurrencies at the best rate in a few minutes here.

Every Dragonchain transaction is secured by BILLIONS of dollars in measurable proof with the combined security of Bitcoin, Ethereum, and other Interchain networks.

The platform secures the business data and regulates access to it in accordance with the needs of its users. The users of Dragonchain are free to create their own smart contracts or they may opt to use already written smart contracts. The latter can be found in the library. Besides the functionality associated with DApps and smart contracts, the users can run nodes and participate in voting to influence the further development of the project. The open-source code is kept in constant development by the Dragonchain Foundation.

The consensus in the Dragonchain network is achieved via the Dragon Net algorithm. The independent nodes operated by the Dragonchain users and third-party partners participate in the validation of the network activity. The most sensitive information is validated on the separate private node operated by the core team members. Nodes contain different portions of the entire Dragonchain traffic. This innovative approach sets the potential for limitless scalability. The developers of the applications are free to choose if the data associated with their products will be kept openly or privately.

The ecosystem token called Dragon (DRGN) is used as fuel. It is listed on a number of cryptocurrency exchanges including KuCoin, HitBTC, IDEX, Gate.io, Bittrex, Fatbtc, Binance, Bancor Network, Tidex, and several others. Some refer to DRGN as a kind of a license to intellectual property stored on the blockchain.

The Dragonchain platform was initialized in 2014. At that time it was known as the Disney Private Blockchain Platform. The company has the main office in Seattle, WA, the USA. In 2016 the source code was made available for the public. The Dragonchain Foundation is headed by Joe Roets who created this foundation. As a result of a DRGN token sale conducted in 2017, the company has raised around $13 million.

"We are blending other technologies, like Dragonchain’s quantum resistant #blockchain platform to create an unhackable Digital Fortress."

A guest post by our newest Board Member, @CloudFaceUSA.https://t.co/B1eLuVkP2r

Dragonchain can boast several successful use cases. For example, Dragon Factor identity service provides the authentication tools to the users of the Centricity company that works with dozens of thousands of farms as a supply chain management link. Charity and donations management company M2030 is using Dragonchain services to raise money to fight malaria. Other charity organizations are partners of Dragonchain, too. Moreover, there's a Learning Management System (or Dragonchain Academy) developed by Dragonchain. Besides these use cases, the company created several other services that were used during the testing period of the platform.

The coin has hit the market in December of 2017, when the entire crypto industry was on the rise. Quickly Dragonchain reached its peak price. After the peak moment of $5 for 1 Dragon, the price started to decline and by March it dropped to less than one dollar. At the end of the month, it reached the value close to today's price of DRGN token (roughly $0.06). Another growth of price took place in the second half of April when the value has risen to almost $1.5 for 1 DRGN. However, in May the positive trend hasn't continued and the price began to decrease again. By the end of the year, DRGN traded at the $0.08 - $1 level. The market capitalization of Dragon at that time was fluctuating around $22 million.

April of 2019 was a short period of DRGN trading for around $1 but the price failed to persist and slid down again. In May the market cap started at times to drop below the mark of $20 million. During the next months, the market capitalization was moving both up and down in relation to the level of $20 million. For most of the period of September 2019 — January 2020 the market cap of Dragon was below $10 million and the situation began to improve in February.

It's not hard to see that after the fast growth and decline of the price at the very beginning the rest of the journey wasn't very rewarding for the investors. Most cryptocurrencies experience a significant increase in price after listing on popular exchanges. That's exactly what happened to DRGN in December 2017 — January 2018. The coin went through a series of listings: in December alone Dragon was listed on IDEX, Fatbtc, and KuCoin. The next month DRGN was made available for trading on Gate.io and Bancor Network. So it appears that at the start Dragons became available both for those who rely on decentralized exchanges and those who prefer the advantages of centralized ones. Of course, this effect couldn't last forever.

Moreover, there was another circumstance that only worsened the situation for DRGN. The euphoria provoked by the crypto market bull run of late 2017 — early 2018 has finished abruptly. In the wake of this, the prices of many currencies have nosedived and Dragonchain wasn't an exclusion. A parade of listings has ended by February of 2018. At the very same time, the entire crypto market lost a significant portion of its capitalization and many people became less enthusiastic about trading crypto. These factors combined explain the fast decline of the Dragon price by the spring of 2018 The price didn't perform very well in the next years because there were no such huge events as a series of listings or a drastic rise in the value of the entire cryptocurrency market. In January 2019, DRGN was added to the Bittrex exchange. However, it hasn't affected the price. It has nothing to do with the quality of the Dragonchain platform itself which is still active and has plans for further development. In 2019 the price was fluctuating around 7 to 9 cents. Shortly in April the price exceeded a 11 cents mark. However, soon the value dropped to the earlier level. August saw a decline to $0.05 and even lower in September. By the end of 2019, the price was $0.023 at the lowest points. In the first months of 2020, the price was very volatile, moving between $0.025 and $0.08. In May Dragonchain token quickly gained price of 10 cents. In August it dropped below 7 cents. In the fall the price was already around half of a dollar. In November and December it was reaching the levels of slightly above 3 cents at times.

In January 2021 the overall crypto market started its quick growth. Dragonchain wasn't an exception. On February 6, 2021, the price nearly doubled. It moved from $0.068 to $0.11 just in one day. The price continued to rise reaching over 33 cents in March. In April it was between 20 and 34 cents. As of February 7, April of 2021 was the latest Dragonchain rally and now the coin is traded at around a 8 cents level.

Aside from the Dragon exchange rate, the Dragonchain project itself is quite promising so there are all reasons to believe that if the development keeps going, the market performance of DRGN will improve. All this time the dev team has been successful in achieving every point of the roadmap on time. The Global Blockchain Platforms Market names Dragonchain one of the key vendors alongside Microsoft, Oracle, and IBM and predict the rise of the project in 2022 - 2026.

According to many predictions, by the end of 2022, the DRGN price will grow bigger. The expected support level is around 10 cents. In 2023, the coin can be listed on more exchanges like Binance and others. This should boost the price. By the end of 2023, DRGN can reach up to $0.17. 2024 can see an overall crypto rally triggered by the Bitcoin halving. The prices of most cryptocurrencies will grow significantly. As for Dragonchain, our prediction is that by the end of 2024, its price will reach at least $0.24. A year after DRGN can be traded at around $0.43. The following price trajectory is hard to predict as of now. Most probably, the price will keep on growing slowly. Those experts who try to predict the DRGN coin's price in 2030, expect the coin to reach around $2.5 by the end of 2030.

Sep 08, 2022 0
altcoins ethereum price prediction price prediction dragonchain drgn cryptocurrencies cryptocurrency market eos
The opinions and assessments expressed in the text are the views of the author of the article and may not represent the position of Cryptogeek. Do not forget that investing in cryptocurrencies and trading on the exchange is associated with risk. Before making decisions, be sure to do your own research on the market and the products you are interested in.