The modern bitcoin wallet Samourai was created specifically to ensure that its users' transactions remain confidential, their identity is masked, and their funds are protected. The program is designed for people who want to avoid financial supervision.

Entering the bitcoin world provides users with a rich selection of mobile wallets. Some of them are slightly better or worse than others. To have an idea of the benefits of Samourai Wallet, an overview of the wallet is presented in the article.

The Android standalone wallet is one of the tools designed to enhance privacy. The convenience of the program is that it can be used offline without registering an e-mail address and without providing documents for identity verification. 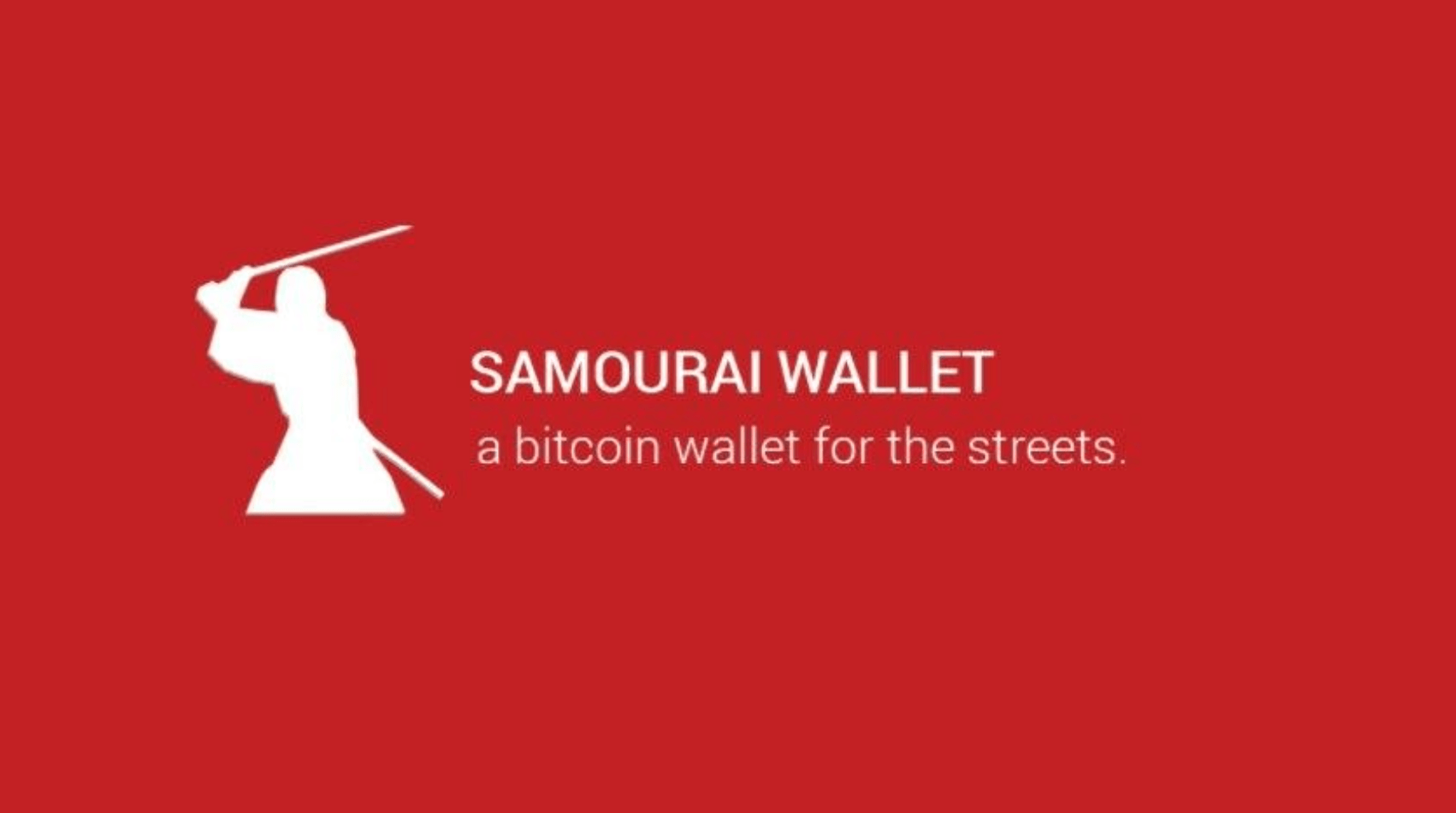 The free open-source wallet automatically syncs with the standalone server. The standalone software package can be installed on simple phones with low to medium technical capabilities. Samourai has all the usual features that people expect from a bitcoin wallet, such as:

However, Samourai has much more that sets it apart from the rest. Users get:

Using a public PayNym identifier allows you to generate a new address for each transaction, revealing it only to the sender and recipient. There's also the option to connect Opendime support (a small USB stick that lets you spend bitcoins like a dollar bill).

Samourai automatically saves an encrypted wallet backup on your phone so that it can be easily restored if the app is accidentally deleted. In this case, a passphrase will help.

When paying at once to several people in the wallet, it is possible to create one large package of unrelated transactions, which will save up to 30% of the miner's fees. 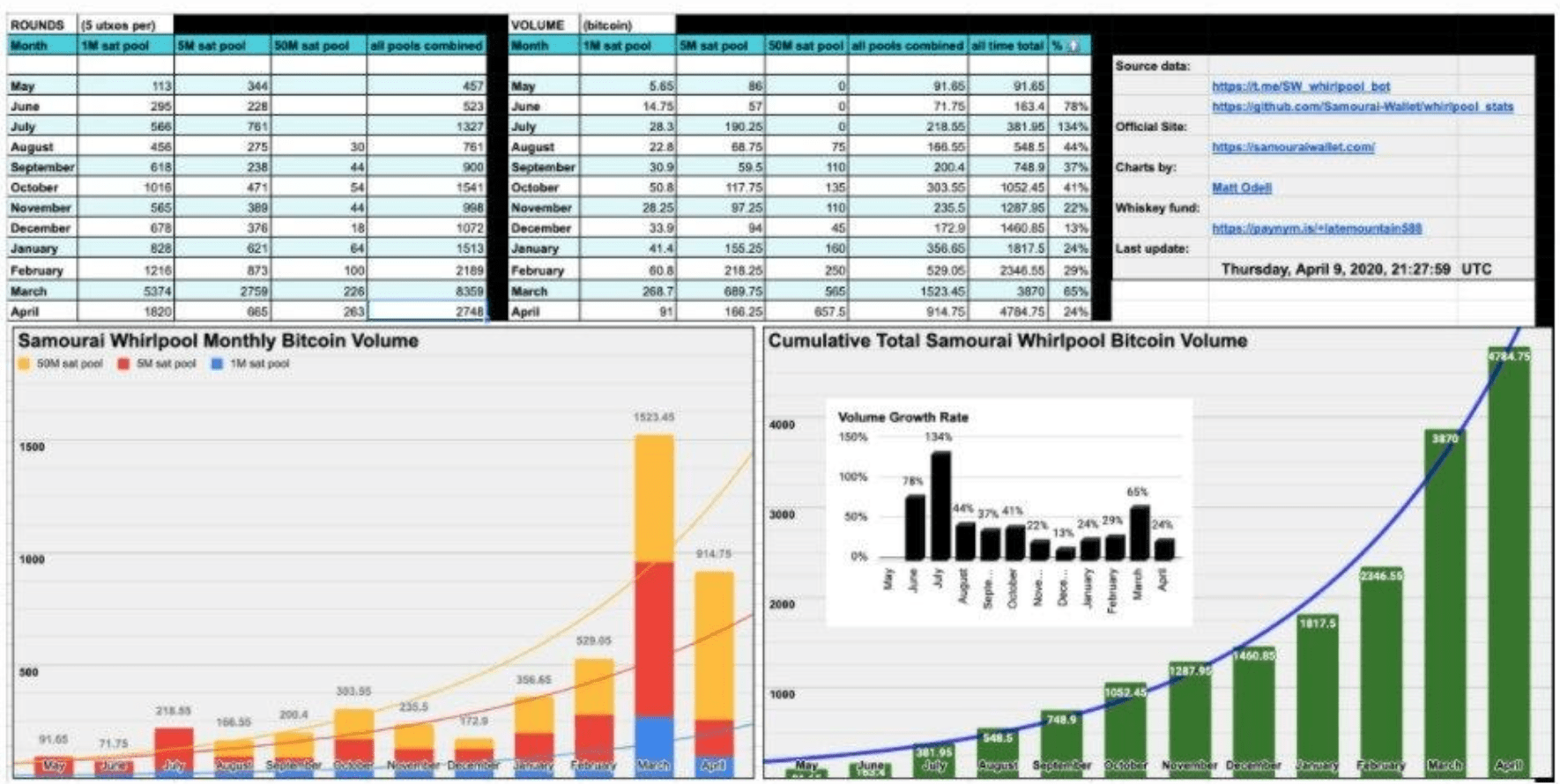 Using the wallet offline guarantees users the safety of their private keys. You can use the Sentinel partner wallet to view transactions on another device.

Mobile Mixing (Whirlpool) is a feature in Samourai Wallet that allows you to participate in services from your phone to create a barrier against anyone performing a chain analysis of the user's UTXO history (unspent transactions output).

How to Work with the Samourai Wallet

Getting started with the wallet is as easy as downloading an app from the Google Store. What does a user need to create a new Samourai Wallet?

Step 1. To create a new wallet, triple protection is required - Samourai Wallet verification. Therefore, it is worth preparing a pen and paper to write down the passphrase, PIN, and most importantly, the phrase to generate the key.

Step 4. Create a wallet. After it is installed, you need to launch the program and click on the Create Wallet button.

Step 5. Generate a passphrase and confirm a password of your choice. This passphrase will provide additional security to your Bitcoin wallet and allow you to easily export it to any other compatible software.

Copy the passphrase (best on paper, not on a computer or via cloud services). It will help re-launch the wallet on another device.

Step 6. Come up with a PIN-code of 5 to 8 characters, confirm and write it down. It is the perfect backup for the Samourai wallet and is used to easily access the wallet without having to enter a passphrase.

Step 7. Write down the secret words. The user will be shown 12 random words to save. Together with the password, they can restore the wallet, balance and transaction history.

IMPORTANT: the words and passphrase must be kept secret. Anyone who recognizes them can steal the bitcoins. You should never store words on your computer or in the cloud.

Step 8. Success: the wallet has been created. You can start sending and receiving payments in Bitcoin.

Step 9. Add funds to Samourai (you need to exchange or buy bitcoins, and then send the coins to the wallet). 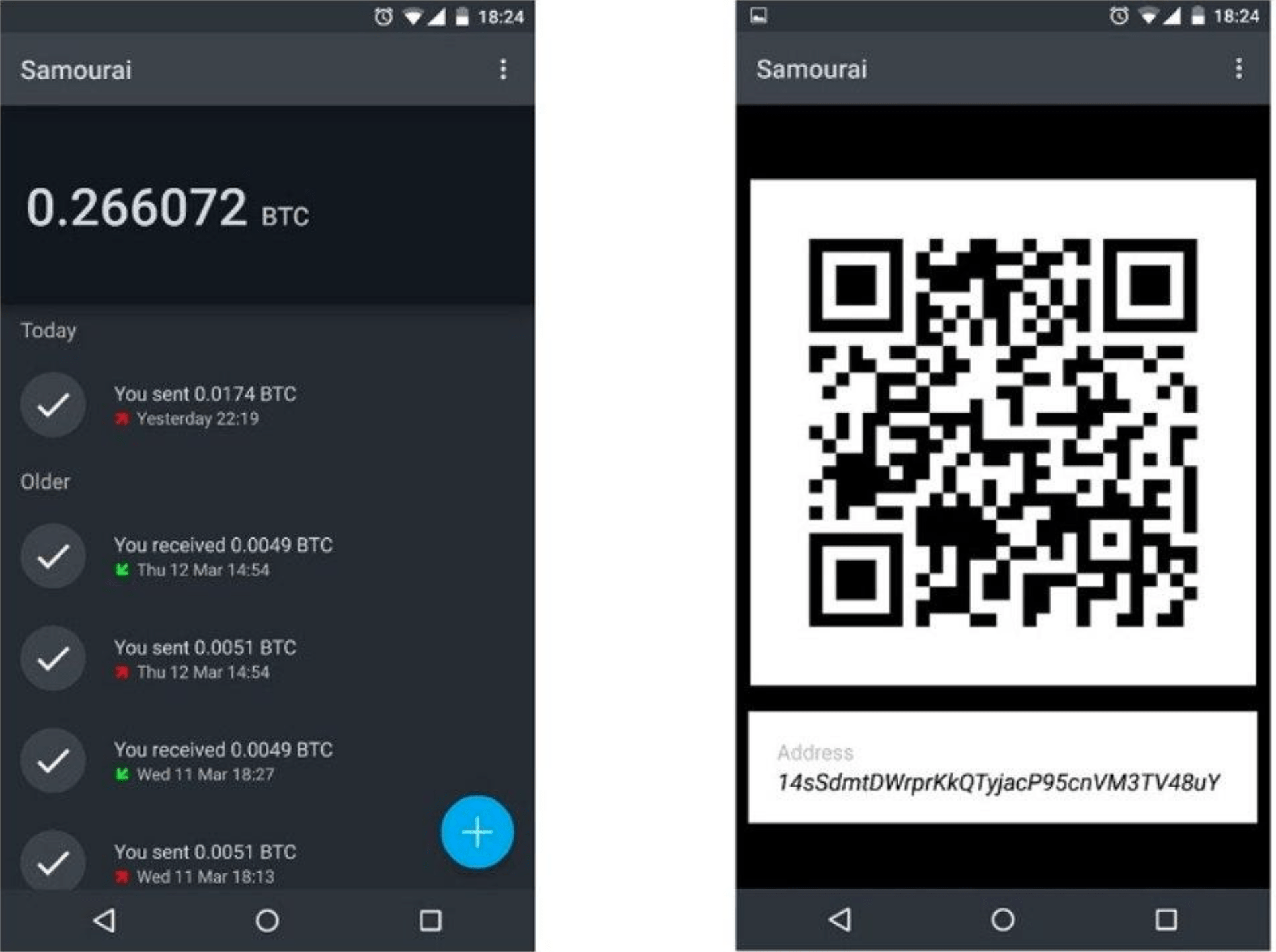 After creating a wallet, it makes sense for the user to take advantage of the additional useful features of the security and privacy functions:

Segregated Witness (protocol update) is designed to reduce fees for miners when making transactions. The fees are fixed and payable once per pool. Therefore, the more bitcoins are mixed, the less commission the user pays as a total percentage.

Batch processing is a way to compose a single transaction containing many unrelated transfers. It can be beneficial when miners' fees are high and the user has several payments to be made at the same time.

Samourai also offers many features that benefit the Bitcoin transactional economy. One of them, called "smart board", is Samourai's network congestion monitoring to offer users an appropriate board. Or they can set their own price if they want. Don't worry if it is set too low. For this case, the wallet has a feature that allows you to increase a small commission, ensuring that transactions do not fall into the block trap.

There are three fee profiles in the wallet: “auto” to use the smart fee algorithm, “priority” during network congestion to provide fast confirmation, and “custom” to set custom fees.

Samourai is one of the few devices with a dedicated support team that can solve some problems, especially related to viewing the balance. Over the years, she ironed out some of the bugs she found and responded to anonymous encrypted emails.

“With the Samurai, it was love at first sight. I'm willing to use Samourai Wallet as one of my main wallets, but I think I still want to get feedback “just in case”.

“I really hope that the support team can give me some tips and guidelines so that I can see how everything actually works. And determine if the Samourai wallet is the one I need. "

“I downloaded the wallet, tested it and liked it. Then I did a little research and found some confusing things, and now I'm trying to get feedback and opinions from the community. "

Samourai Wallet Security - Is It Safe To Use?

The wallet offers its users various functions thanks to which they can transfer bitcoins without worrying about losing them. These are such "chips" as, for example:

The PIN screen is randomly selected on every boot and does not provide visual feedback to prevent screen-recording spyware and other common attacks.

In stealth mode, Samourai is removed from the launcher and the home screen of the Android device. To open a wallet, you just need to enter the secret code.

The deleted SMS commands are voluntary and allow you to remotely wipe and restore the wallet using SMS in case of loss or theft of the device.

By switching Ricochet when submitting to a third-party exchange or service such as Coinbase, Gemini, ShapeShift, or Localbitcoins, users can significantly reduce the risk of unjustified account closure by those services. 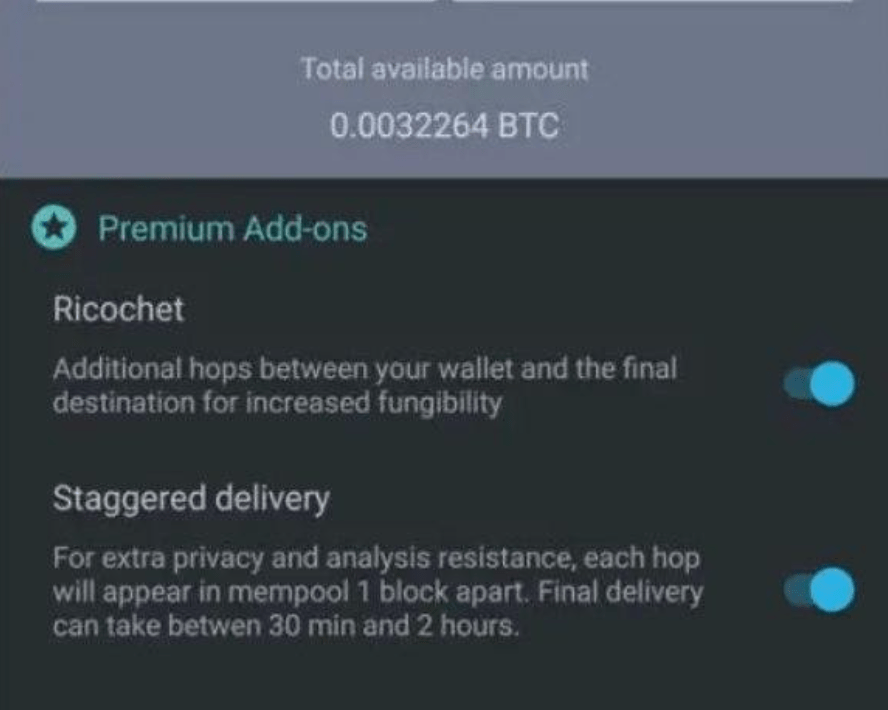 OpenDime is a standalone USB hardware device. The wallet supports reading from OpenDime without the need to access private keys.

When downloading a program from the Google Store, users need to be careful to ensure they are installing the application correctly. Downloading non-original software is a big mistake that can lead to big money losses because fakes can be disguised as wallets in order to steal BTC sent by people.

The developers of Samourai, creating it, adhered to the principles on which Bitcoin was founded, namely, fungibility, security, transparency, financial privacy, and decentralization. Therefore, using this program gives users the ability to securely transfer and store their funds.

Generally, we can conclude that Samourai Wallet is very safe to use, but not as safe as some hardware wallets.

i use this wallet and i do like it...