Hashflare Review 2021 - Is It Profitable To Use It?

Hashflare is a cloud mining platform. The brand is one of the best-known in the cloud mining industry. According to the company's website, HashFlare has provided its service to over 2.5 million people. The company is based in Scotland. Currently, there are no available contracts on HashFlare. Therefore, no one can purchase hashing power on this platform anymore. However, in the 2019 tweet, the company has announced the upcoming return to operation.

The company owns a powerful data center that is used for the mining of cryptocurrencies. The Hashflare customers rent some of the hash power and receive the mining rewards on a daily basis. The rewards value corresponds with the rented power. The legitimacy and profitability of cloud mining are frequently questioned by many because some of the cloud mining platforms appeared to be nothing but Ponzi schemes while other platforms provide too little profits. On the other hand, nowadays, when mining expenses make mining impossible for masses of people, cloud solutions serve as a real way of contributing to mining in exchange for respective rewards. Is Hashflare a scam? Is it profitable to use this platform? These and other questions will be answered in this review.

The mining operation was founded in 2015 by a company named HashCoins. The company had a good reputation so the platform had soon become popular. Moreover, there were not many other platforms allowing users to buy a hashing power in exchange for a portion of the mining rewards. By 2015, mining of Bitcoin and other cryptocurrencies became a really hard task for the general public. The mining difficulty got to the point where only ASIC mining farms owners could hope for profit. These farms are not easy to set up. The owners should guard these rigs against overheating and solve a number of other problems in order to mine some crypto coins. More than that, mining became senseless in countries with high electricity tariffs. HashFlare has taken this hassle away from the users. All they had to do is rent some portion of the hashing power owned by the company and wait for the daily rewards. The contracts between users and HashFlare are one year in duration. As the BTC rate was volatile those years, the customers could earn extra due to the BTC rallies. It was especially relevant until the end of 2017 when the price of Bitcoin has dropped. 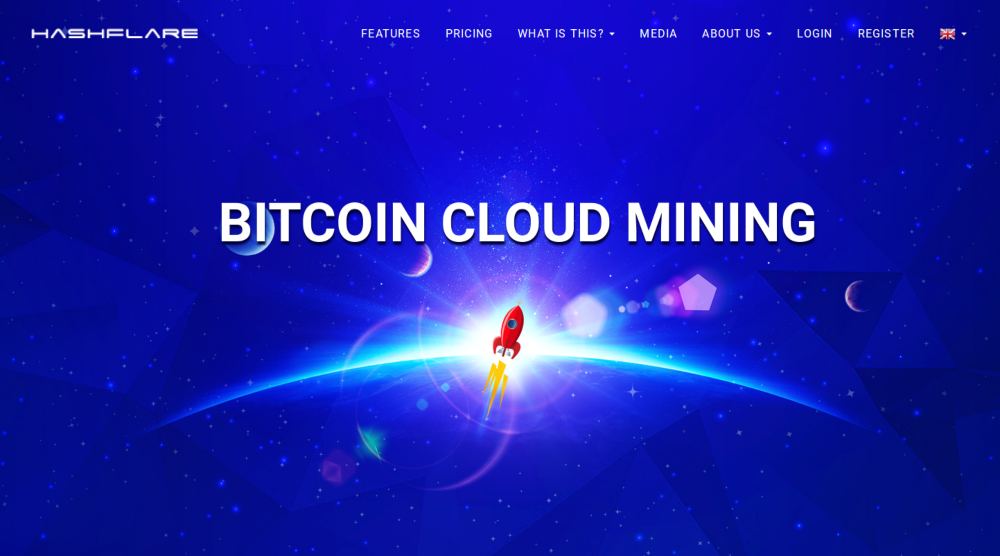 In 2018, the company had to stop then-current contracts due to a lack of profit. In 2019 it was announced on the official Twitter page of HashFlare that the company is going to continue its activity. However, since then, there were no serious signs of life from HashFlare. As long as the company doesn't confirm its termination we will keep speaking of HashFlare as of the still active platform.

In the very near future, we are planning to resume our activity and the sale of both ETHASH and SHA-256 contracts. We will provide more detailed information soon. Stay tuned!

Apart from Bitcoin, HashFlare users can purchase computational power for the mining of Ether, Litecoin, Zcash, and DASH. The data center relies on the mining equipment produced by such companies as Bitmain, Bitfury, Inno3d, and others.

The features highlighted on the website are as follows: 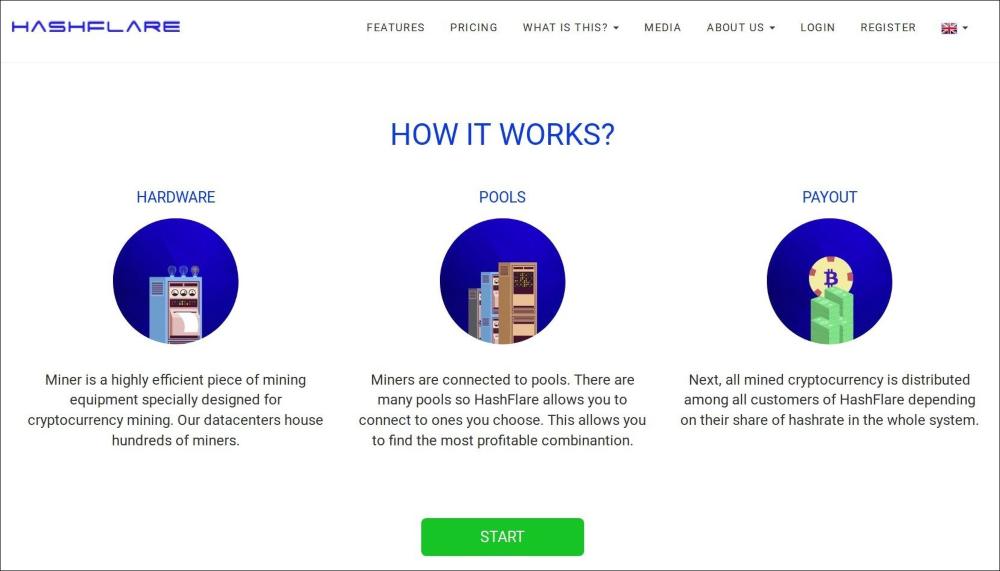 In the latest phase of the HashFlare activity, the company was offering users 5 different customizable cloud mining contracts:

All the contracts have a one-year duration. However, it is specified that if the profitability of the contract drops to zero, the contract gets terminated. It can happen if the coin's value declines to an extent where rewards cannot cover the maintenance fees. As the fees are fixed, it is supposed that customers can win some extra money if the chosen currency goes up. Unfortunately, the mining difficulty often increases together with the coin value meaning that the chance of receiving more money than it was expected is very little. On the website, all these contracts are marked as out of stock.

How to Get Started?

Registration on the Hashflare website doesn't take long: one needs to fill in the email address, the birth date, and the country of residence. The next thing is setting a password. It's understood that the password should be strong enough as it's the first layer of security of the funds. Another security measure provided by HashFlare is 2-factor authentication. It's highly recommended not to use the service before enabling 2fa as this protection tool seriously increases the account security. With 2fa there is no way to break into account without the possession of the user's mobile device. To enhance the security, Hashflare blocks the account for 2 weeks each time when the password or the wallet address is changed. This feature prevents the withdrawals made from active accounts by intruders. It is stated that sharing more personal data helps the platform to verify users in the cases when suspicious activity is detected. When the security features are switched on, the user can safely start mining.

The next thing is selecting the needed mining contract and purchasing it via sending the required amount of money to a specified address. Mining starts 24 hours after the money arrives. Withdrawals are possible after reaching the minimum threshold which ranges from currency to currency. Besides withdrawals, users are free to reinvest some of the earned coins (it is relevant only for SHA-256 and Scrypt contracts). There is an option to configure the automatic reinvesting. Every time when there is enough money on the user's balance to buy more hash power, the system buys it. The option can be disabled anytime via the Do Not Reinvest button.

Is It Profitable to Use HashFlare?

Despite the ease of buying a mining contract, the profitability of cloud mining with HashFlare is not profitable. In comparison with mining with the most powerful ASICs or even with simply hodling your BTC, HashFlare is less profitable. Actually, the efficiency level is struggling to cover the expenses. It seems that the HashFlare BTC contract is doomed to be unprofitable instead of making people richer. 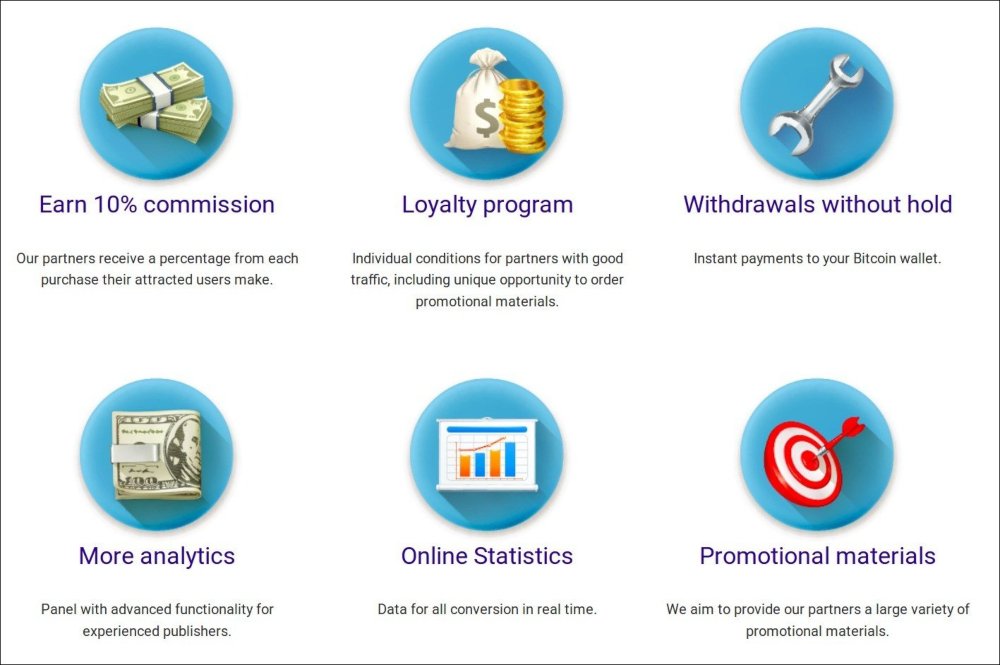 The platform has quite a lot of negative reviews around the web. Most people complain that they cannot withdraw their rewards or that mining on HashFlare is not profitable. No wonder, many people call HashFlare a scam — they lose money and get angry.

It wasn't that hard to calculate that the contracts offered by the platform are unprofitable. That's what we did in the previous chapter of our review. The only chance of having a profit is the sudden enormously big spike of the coin's price however it doesn't seem realistic. The problem is that the platform displays the estimated payouts when one is buying a contract. We don't think that HashFlare has ever shown losses instead of profit and of course not all the people were doing their own estimation.

There is a hypothesis that some of the cloud mining operations don't actually mine anything. They don't have to. There are users who pay them a big amount in BTC. All the companies have to do is to return these coins in small fractions back to users, in most cases they don't return the entire sum. We don't know if that's the case with HashFlare.

For instance, one Reddit user 6amurai has complained that he/she was mining for 6 months. The difficulty was stable while the BTC price was growing up. However, this person discovered that the rewards (in USD) were not growing. 6amurai resumes that if she/he didn't spend BTC for buying a contract, these coins would bring much more profit due to the price growth. Interestingly, holding BTC is often more profitable than investing these coins into cloud mining. 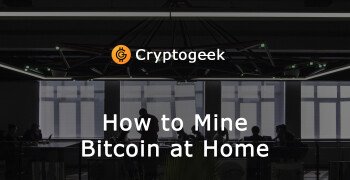 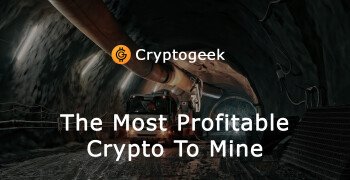 I did some research and decided to try it. It's got some advantages. The high hash rate, good community and Intuitive interface. I got some questions, but the community helped to understand how it works, in general, it's quite reliable pool.