With cryptocurrencies taking over the world over the last decade or so, the market cap for crypto as a whole has risen to more than 1 trillion dollars.

The reason for this is that cryptocurrencies provide a decentralized system that allows for transactions to take place much more quickly and without the interference of a third party.

Not only that, but people have also worked to change their lives completely with the help of cryptocurrencies. For one, the biggest crypto coin of them all, Bitcoin, rose from being worth less than $0.01 to being worth nearly $69,000 per coin.

This just goes to show that the benefits of this newfound technology are priceless, provided that you spend a fair share of time researching, as opposed to giving in to the fear of missing out. Now, one of the notable altcoins popping up nowadays other than Ethereum and Cardano includes the likes of $CUMMIES, more commonly known as CumRocket.

To start, $CUMMIES is a relatively new token and works to integrate a specific sector (adult entertainment) into Web3. Web3, in coordination with most brands out there, plans on integrating brands with the Metaverse as well as the newfound technology of blockchain. 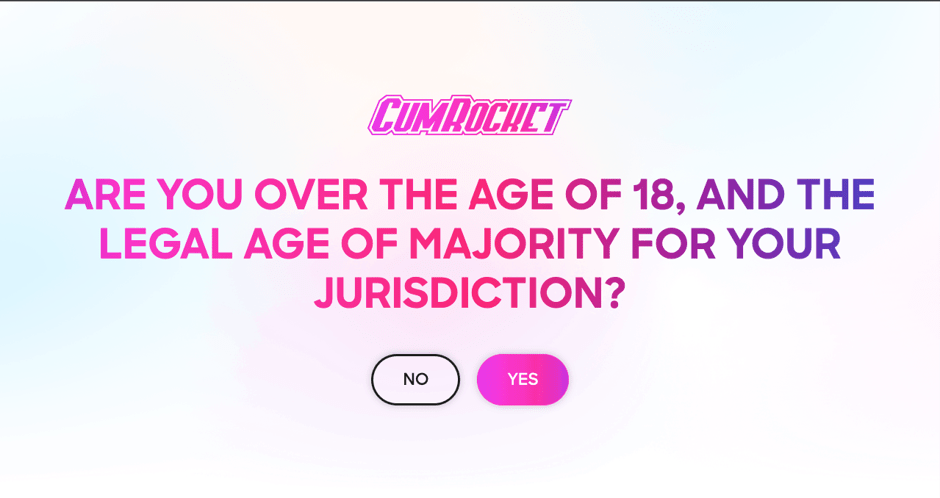 This would not only incur higher outreach but would also form a platform where people could generate revenue, formulate Non-Fungible Tokens, and much more.

In a general sense, $CUMMIES plans to work on revolutionizing the adult industry, while making the industry a part of Web3.

CumRocket started slowly but has somewhat risen over the last few months. Launched on October 29, 2021, the currency was primarily used as a way for people over 18 to be given a platform where they could chat, sext, and interact with each other, in exchange for CumRocket tokens.

These tokens would then be used in the purchasing of subscriptions to different content creators while also being used as a mode of investment for many. Now, viewing into consideration that the sector is mainly neglected owing to it being deemed controversial, the CumRocket hopes to bring attention to the adult industry as a whole.

If you're wondering what CumRocket’s price might be in the times ahead, it looks like things aren't looking too good for the coin.

The coin hasn’t proven to be as progressive as some other ‘revolutionary’ altcoins, indicating that its growth might not follow the same pace. It was initially believed that CumRocket showed potential, but time has shown that its growth has been limited and slow.

Will CumRocket Rise in the Times to Come?

Being a deflationary coin on the Binance Smart Chain, the CumRocket token is relatively new. The coin, which originated in early 2021, was expected to reach newer heights by the end of the year. However, the growth of the token has been brought to a halt.

Although being deemed as potent it may even further depreciate in the times ahead.

CumRocket may or may not grow, based on if the demand for the currency keeps on expanding. With over 9.6 billion coins in circulation as of March 2022, as seen from WalletInvestor, the growth for the coin is unprecedented.

With this being said, only time will tell how far the coin will go. The coin may keep on growing or plummet entirely, indicating that the future of the coin cannot be foretold.

Is CumRocket a Good Investment?

Based on what analysts at WalletInvestor believe, CumRocket appears to be a risky investment especially based on the fact that the industry that $CUMMIES caters to is highly controversial.

The adult industry comprises hundreds of billions of dollars; however, it's something that most people tend to keep private rather than wanting to associate themselves with it. 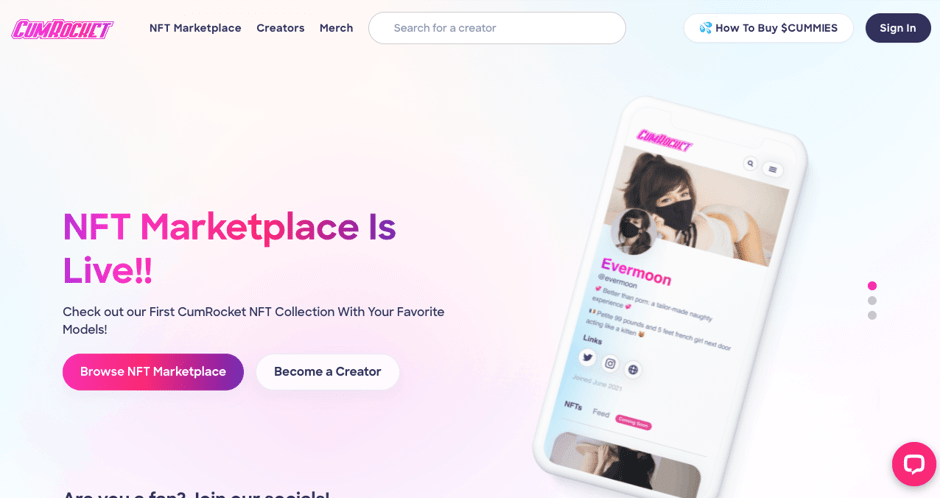 How and Where to Buy CumRocket?

Not only that, but the coin is also up for grabs on PancakeSwap and can be exchanged on CumRocket's official exchange platform as well: CumSwap. On PancakeSwap and CumSwap, you can work on exchanging BNB or Binance Coins for Cummies tokens.

The coin has gained a considerable amount of reach, mainly after a list of memes were uploaded and after a tweet by Elon Musk started to gain attention.

What is the price for $CUMMIES today?

As of March 21, 2022, the price for a single token of $CUMMIES is roughly $0.0054; however, the price of the coin is expected to decrease by the end of the year. Remember, this is simply a prediction and is not guaranteed so DYOR.

Will the price of CumRocket fall or decline over time?

The price of CumRocket is expected to decline to around $0.0008 by the end of the year. This means that a decrease of over more than 50% is expected. However, only time will tell whether purchasing the coin proved to be fruitful.

As seen time and time again, currencies such as Shiba Inu have outshined other tokens and worked on making countless people rich. Keeping this in mind, if you’re interested in this type of disruptive concept and tokens, $CUMMIES should not be undermined and it could be interesting to pay it close attention.

CumRocket Cryptocurrency: Where to Buy?

If you're looking to buy the $CUMMIES tokens anytime soon, you can purchase them on the Binance Smart Chain. If not, you can also exchange BNB tokens for Cummies tokens on both PancakeSwap and CumSwap.

CumRocket Cryptocurrency: How to Buy it?

The process of buying these tokens is incredibly straightforward. If you plan on buying CumRocket or Cummies, move on to Binance and purchase them using your selected currency, be it BNB or USDT.

If not, you can also get these coins on PanCakeSwap or CumSwap. However, you may need to get your cummies tokens in exchange for BNB coins.

Is CumRocket expected to increase in value?

Currently, the coin hasn't shown any signs of increasing in value. On the contrary, the coin is expected to devalue in the future.

In terms of our predictions, CumRocket isn't expected to overtake Bitcoin any time soon. Bitcoin has amassed a total value of $68,000 at its highest point and owns 80 percent of the crypto sector.

This means that only a valid contender might give Bitcoin a run for its money. However, no other coin comes close as of yet.

Is $CUMMIES expected to crash?

According to the analysts at WalletInvestor, $CUMMIES might crash someday, depending on whether the demand remains or does not remain consistent.

This is highly unlikely to happen within this year or even in 2023. At its highest, the coin was worth $0.218 per coin, but it has been a while since the coin reached its highest point.

CUMMIES came up with an intriguing idea to represent the adult sector. As of this moment (March 2022), the application of the token is still limited, indicating that its price is not expected to go as far as analysts initially believed.

A coin for adults, but I don't understand the meaning of this cryptocurrency.