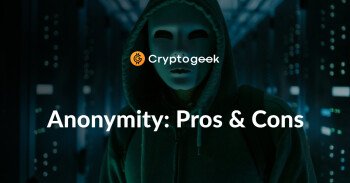 Why We Need Anonymous Exchanges - Pros And Cons In 2020

Crypto enthusiast, investor, author. I believe that cryptocurrency will replace fiat money in the future, so I work to speed up this process by spreading trustworthy crypto information. Political views: Libertarian right