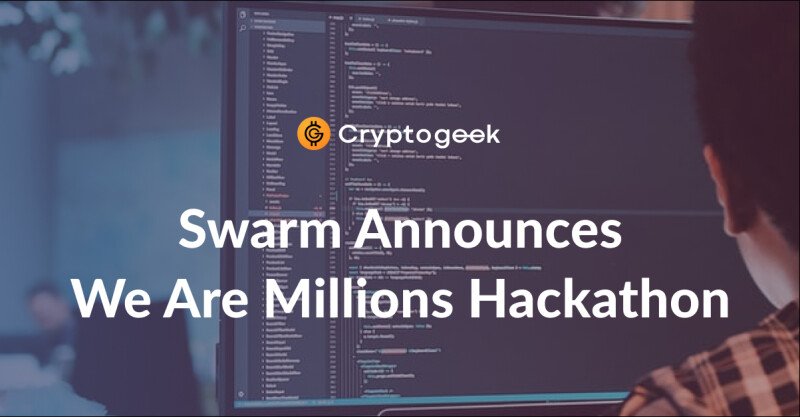 Swarm, the Ethereum-based storage network and operating system for the decentralized Internet, has announced it is organizing “We Are Millions”, the second hackathon by Fair Data Society. Set to take place from 1st to 21st March 2022, the event will host artists, gamers, developers, activists, and other members of the crypto community sharing Swarm’s vision of a sovereign digital society.

Join us for the second @FairDataSociety hackathon, from 1–21 March where artists, gamers, developers, activists, and crypto people will be building a free and fair future.

“We Are Millions” will explore the intersection of gaming, arts, and blockchain, look for ways to maintain privacy and freedom within creative disciplines, as well as lay the foundations for their flourishing in the new web. The program, featuring talks and presentations from key speakers, will be focusing on selected topics at the confluence of arts, gaming, development, and politics centered around the emerging Web3. WAM sets the stage where artists, gamers, developers, activists, crypto and non-crypto people can explore the latest industry trends, connect with like-minded folks, and then relax at parties in real-world and metaverse locations.

Developers will have a chance to attend advanced Swarm & NFT-coding workshops, collaborate with other hackathon participants, as well kickstart new projects and compete for bounties. Artists get to connect with other creatives, inspire one another, and explore novel ways of boosting engagement and monetizing their content, such as NFTs. Gamers can discuss new gaming mechanics and economies, gain in-depth knowledge of future trends and try new products, while blockchain activists will discover new privacy solutions, learn how to build new networks that share the values of Web3, and create unstoppable content.

Nordic Game, one of Europe’s leading gaming platforms, is one of the key partners of the event. Game developers are invited to submit their best projects combining research, art, production, and technology, drawing focus on how gaming should look in a decentralized, permissionless, censorship-resistant world. The details and submission dates will be announced later.

On a crypto hackathon, “We Are Millions” will also introduce its native $WAM token. The token will be distributed to attendees as bounties, voting and participation rewards, and more. Further info on the $WAM utilities is available on Swarm’s social media channels.

Swarm has joined the WAM team as chief organizer alongside a host of partners from the crypto ecosystem. "We’re starting the year by announcing the “We Are Millions” hackathon, which is organized under the Fair Data Society initiative. This will continue building the first DAOs that enrich the Swarm ecosystem and create a movement to upload humanity’s good data onto Swarm so that it is available to all,’ said Gregor Žavcer, Swarm Foundation Director.

According to the Swarm team, other plans for 2022 will include improving developer experience, mainly by offering feature-complete upgraded storage incentives and boosting the performance of the network. The project will also continue to fund promising projects aligned with its vision for Web3 under its Swarm Grant Waves program.

To learn more about the “We Are Millions” hackathon and register for the event, please visit the official website.

Swarm is a fully decentralized data storage platform on Ethereum, which launched its mainnet in June 2021. The project is the result of years of research and work by the Ethereum Foundation, the Swarm Foundation, teams, individuals across the ecosystem, and the community. A roster of major partnerships includes Winamp, Nectar, Dapplets, Zoomerok, and others.

Swarm's system of peer-to-peer networked nodes allows creators to store and retrieve any data in an unstoppable manner, while publishers can also host their websites and other utilities. Redundancy makes the system resilient to connectivity issues, node churn, or targeted DDoS attacks and enables a zero-downtime service.

At the beginning of 2021, Swarm raised $6 million in a private token sale. The sale saw Swarm's native BZZ tokens get distributed to venture firms, including HashKey Capital, NGC Ventures, and KR1. In December 2021, Swarm lit up the first self-hosted and permissionless blog by Fair Data Society. 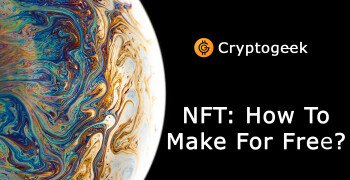 How To Make an NFT For Free 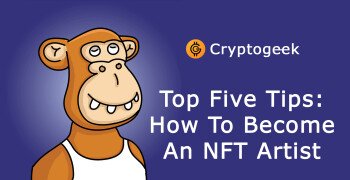 How To Become An NFT Artist: Top Five Tips And Tricks For Beginners

Dec 02, 2022 0
ethereum news nft event hackathon swarm we are millions nordic game web3 $WAM
The opinions and assessments expressed in the text are the views of the author of the article and may not represent the position of Cryptogeek. Do not forget that investing in cryptocurrencies and trading on the exchange is associated with risk. Before making decisions, be sure to do your own research on the market and the products you are interested in.