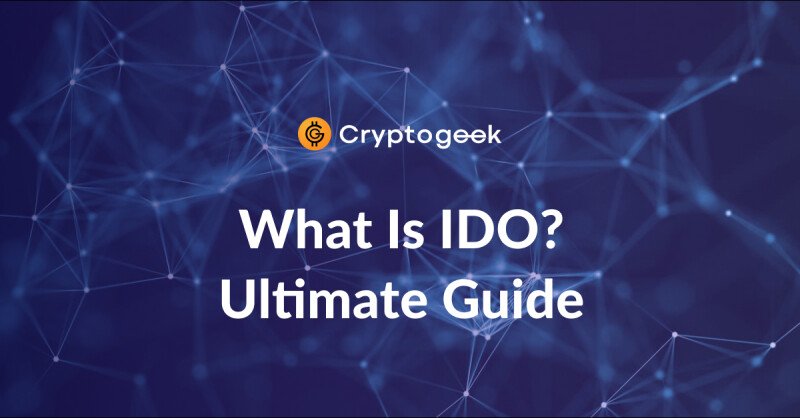 Most people have heard about cryptocurrencies for the first time during the ICO boom of late 2017. The term "ICO bubble" is associated with that period. Initial coin offering was an intuitive and popular way to get the investment needed for the further development and launch of a new cryptocurrency or blockchain-based platform. Or to scam people out of their money. In 2020, everything started to lean on decentralized finance (DeFi), and the new term began circulating. We are talking about IDO or Initial DEX offering, a kind of ICO that spreads new coins through decentralized exchanges. That's what we'll speak about in this piece, as IDOs have their individual characteristics, and you can benefit from IDOs if you do everything right. So if you are interested, please read this article in its entirety.

What is a DEX Offering?

The Initial DEX Offering (IDO) is the new crypto project's token sale through decentralized exchanges. This concept is not hard to grasp for those familiar with the ICO term. The main focus is that the tokens are sold through DEXs, making investments easier and safer at the same time. In the ICOs times, investors were sending their cryptos to the address provided by the emerging project. They should have hoped not to be scammed off their money, although, in many instances, they were. IDOs conducted on trusted DEXs are not that risky.

How Does an IDO work?

Initial DEX Offerings require investors to lock their money via smart contracts not long before the release of the native token of the platform. At the moment of the token launch, the project takes the locked assets, and the respective amount of native tokens is sent to the investors.

Such a way of exchanging investments for new native tokens saves money due to the cheapness of the DEX transactions. More than that, the IDO process is more intuitive and less complex than ICOs. But what matters even more is that DEXs and smart contracts are more reliable for investors than regular contracts with new brands. The ICO epoch in the late 2010s saw many scam scenarios, which isn't the case when using IDO.

The complete cycle of the IDO has several stages. As the project is ready to start the IDO, the DEX that is supposed to be used for the token exchange spends time checking if the project is legit. Criminal and worthless projects don't receive the DEX's support. The second stage is calculating the optimal amount of tokens needed for a successful sale at a fixed price. As the supply size is determined, the project asks investors to verify their intention to participate to get safelisted before the sale. Whitelisting supposes that only the investors from the list will be able to join IDO.

When the whitelisting is completed, investors lock their money in the DEX. The money gained by the project in the IDO is divided into several portions used for different purposes. Some of this money goes to liquidity pools, and the other portion goes to the dev team. Then, the fresh tokens show up in the wallets of investors. In some instances, the tokens are temporarily locked in investors' wallets and can be traded when the vesting period is finished. Usually, there's no such period. When the exchange between investors and the project is finished, both parties can usually start using their tokens. The new token's price is not fixed anymore. Time to trade!

How to Participate in IDO?

Before you buy some IDO tokens, make sure that the coin offering is not a scam. Read about the project, and see if it can be trusted. If the team provides too little information, promises too much, or the use case of the project doesn't seem worthy, it's better to stay away from this particular project and look for a more trustworthy one.

Another thing you should take into consideration is the efficiency of the tokenomics of the brand. If you see that it doesn't seem to pay off, you shouldn't waste your time and money on the project. Last but not least, you should ensure that the DEX that can be used for the IDO is the one you can trust. If the DEX used for an IDO is unfamiliar to you, and the feedback is primarily negative or absent, choose another project for investment.

Participating in IDO is an easy and intuitive process. Those who want to join the IDO campaign should use a DeFi-compatible crypto wallet. MetaMask is good enough. You can opt for a more preferred wallet though. To be able to participate in IDO, the wallet balance should have the amount of money you wish to exchange for new tokens and some extra funds to pay commissions. As soon as you invest some money, the rest is the job of smart contracts.

What's the Future of the IDO Model?

IDOs are the logical stage in the evolution of the new crypto projects' crowdfunding. Alongside IEOs, IDOs made it harder for scammers and weak projects to get people's money. The future of IDOs is associated with the development of safer fundraising mechanisms, beneficial both for investors and devs. Apart from DEXs, projects use launchpads for token offerings. This trend will keep on developing in the future, for sure. Multichain launchpads may become a significant trend in the future.

What's the Difference Between an IDO, IEO, and ICO?

So, what's the main difference between IDO, ICO, and IEO? The first thing that comes to mind is the way of distribution of new tokens. In IDO, investors get them via DEXs. ICO is buying tokens directly from the project (via the wallet address), and IEO is about buying tokens via a centralized exchange. In the case of ICO, the project team cannot guarantee that the token will ever be listed on any exchange. At the same time, IDO and IEO campaigns guarantee that tokens will be available for trading, at least at the exchanges that were conducting the token offering.

Exchanges in IDOs and IEOs play the role of regulators that conduct the vetting of the projects as they don't want to be responsible for working with scam projects. Also, it is exchanges that are responsible for smart contracts. ICOs can take place without any involvement of a third party. In many cases, it was used to scam people out of their money. The projects themselves control smart contracts.

What are the Advantages of an IDO?

The advantages of IDOs are obvious.

What are the Disadvantages of an IDO?

Everything has its disadvantages and IDOs are no exception. Some consider that IDOs are not as good at vetting as IEOs. Another drawback is that tokens are distributed disproportionately. It can end up in price manipulations.

Finally, we have told you about the IDO meaning in the crypto industry. From this article, you can conclude that IDO is a positive change in the crypto fundraising sphere. At least if we compare it to ICOs. With the ongoing booming DeFi sector, the leaning toward decentralized solutions makes IDO a preferred way of introducing new projects to an audience and finding money to keep the project alive. A high privacy rate benefits investors from jurisdictions where most huge exchanges are blocked. 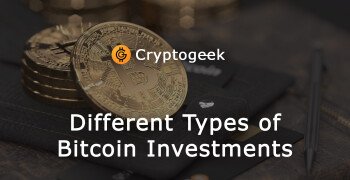 Sep 08, 2022 0
dex investment decentralised exchange ieo ico guide defi ido crowdfunding fundraiser
The opinions and assessments expressed in the text are the views of the author of the article and may not represent the position of Cryptogeek. Do not forget that investing in cryptocurrencies and trading on the exchange is associated with risk. Before making decisions, be sure to do your own research on the market and the products you are interested in.