How To Buy Monero In 2022 - The Ultimate Guide By Cryptogeek 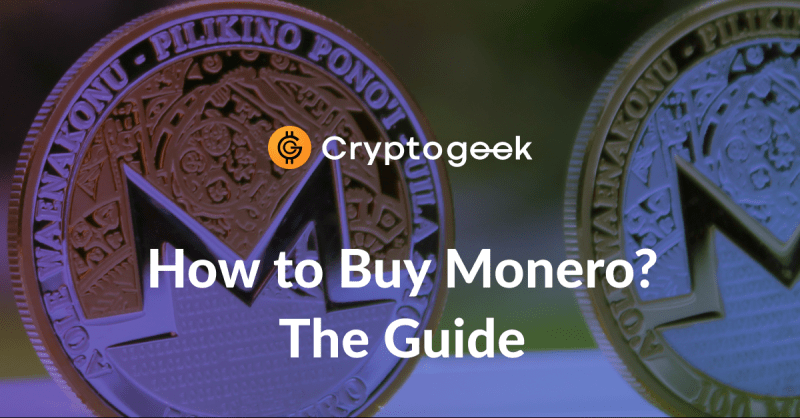 Buying Monero is not a tough task as the coin is one of the top cryptocurrencies and is listed on most exchanges including Binance, Kraken, HitBTC, Coinbase, Gemini, and so on. The real task is choosing the best option. Of course, there is no only good (or the best) option. The choice will be determined by multiple factors. That's why we will highlight several options in this article. Hopefully, it will leave no questions on how to buy Monero.

Monero (XMR) is one of the most popular and well-spread cryptocurrencies in the world. The project strives to be as close to people as only possible. It focuses on maintaining anonymity, decentralization, and ASIC-mining prevention. It means that if you choose to use Monero this or that way you can rest assured that your transactions won't be tracked, the network you use is secure and cannot be breached by the 51% attack, and the coin can be mined at home via a multi-GPU mining rig — you don't have to be an owner of the industrial level data center in order to produce new coins. Another notable (and predictable) characteristic is that the project is free and open-source. 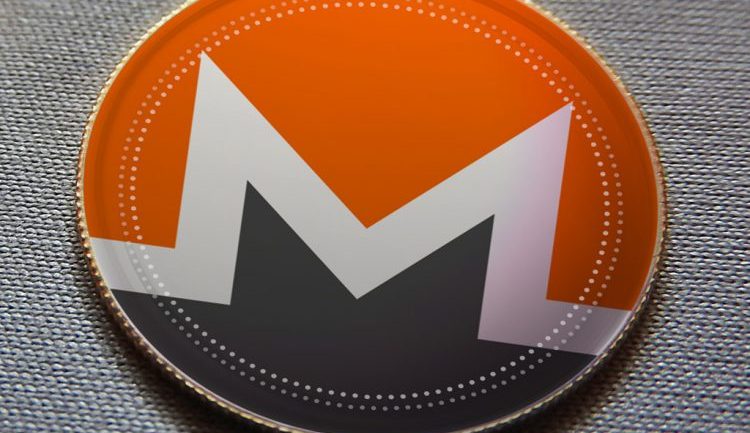 At some point in crypto history, it was Monero which became the number one currency in the darknet operations when Bitcoin proved itself to be trackable. This helped Monero to get a huge following and establish itself in the crypto market. Now, these associations with the illicit trade are kind of haunting the coin's reputation, however, the currency remains popular.

Apart from criminals, anonymous transactions are good for those who don't want to share info of their purchases with corporations or... criminals seeing your riches and trying to grab your funds. Lately, data mining became a hot topic so no wonder that Monero and similar coins are big now.

Thanks to ring signatures, stealth wallet addresses, and ring confidential transactions no one sees who is sending XMR, who receives it, and what is the amount of the transaction. The balances of the wallets are not visible to others, too. Moreover, unlike Bitcoin, each Monero unit is fungible (or interchangeable). Monero coins have no recorded history. If you are "lucky" to hold a portion of BTC that was previously used for an illegal activity you might be approached by law enforcement who will demand to freeze your coins for investigation, etc. It creates a situation where one Bitcoin can be less wanted than the other. That's what won't happen if you use Monero. Your XMR coins are welcomed and the history of previous use of these coins doesn't matter.

As for stats, on January 21, 2021, Monero was holding the 15th position in the list of cryptocurrencies ranked by market cap. Its capitalization accounted for $2,466,615,648. That day the price of Monero was $136. The price got there after a steady recovery from the downfall it had along with the rest of the crypto market in March 2020 (at the lowest point in March, Monero was traded below $40).

No matter where and how you're gonna buy some XMR coins, you will need an XMR wallet. There are many multi-currency wallet platforms that support Monero. More than that, there are dedicated XMR wallets on the official Monero website.

Monero GUI Wallet is an XMR wallet with a user-friendly interface. The wallet has two modes — simple and advanced. Simple mode is good to start quickly and easily. All you need to do is to open a wallet, let it automatically connect to a node, and start using it. Advanced mode provides additional features. You won't be able to use the wallet until the total synchronization of the wallet with the entire blockchain. In this mode, users can mine Monero, manage addresses, and so on.

Regardless of the chosen mode, the GUI wallet has a merchant functionality if you have a business and want to receive payments in XMR from their customers/clients. The wallet can work with hardware wallets (Trezor and Ledger). The GUI wallet interface supports the auto-conversion to other currencies so you won't have to check the exchange rates on side resources. The GUI wallet is available in more than 30 languages. There are versions of the wallet for Windows, Mac OS, and Linux. Some antiviruses consider the wallet to be malware. To make sure that you are not installing malware download the wallet from the official Monero website. The Monero team warns that in order not to lose funds it's important to verify the downloaded hashes before using the wallet. These files should match with those uploaded by the team.

Another option is the Monero CLI Wallet. This is the wallet operating via a command line providing full control over the funds and the node. CLI Wallet users can be rewarded for providing their node to others. This wallet can be downloaded for Windows, Mac OS, Linux, Android, and FreeBSD.

Freewallet provides wallets for dozens of cryptocurrencies. Understandingly, Monero is one of them. Freewallet emerged on the market a year before the 2017 crypto boom, so it is an experienced team. The product is known for its ease of use. Freewallet provides XMR wallets for Android, iOS, and a web wallet. Desktop wallets are also in place (Windows, Mac OS, Linux, and Ubuntu). The account can be created via a Facebook or Google profile. The other options are mobile phone numbers and email addresses. 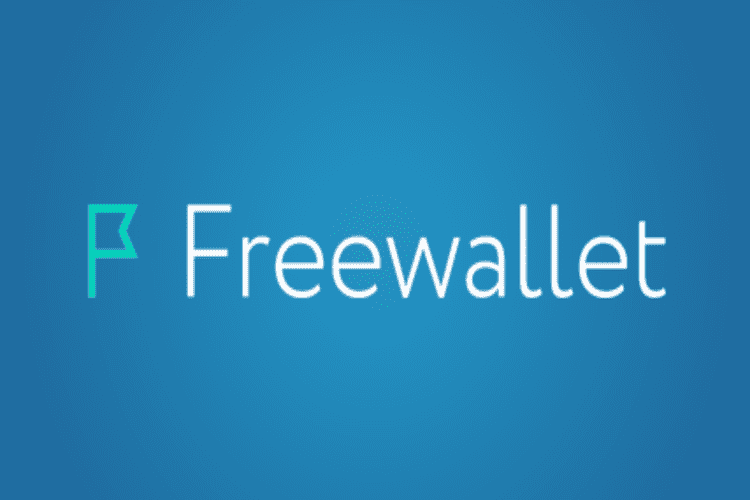 The synchronization with the blockchain is done by the wallet. Users don't have to do anything to start using a Monero wallet except for signing up. Speaking of other specific characteristics, Freewallet provides free transactions between all Freewallet users and has an inbuilt coin swap service powered by Changelly. The in-app converter is provided, too. One of the nicest features is the ability to buy crypto (including XMR) with a credit card.

Atomic Wallet is a non-custodial multi-currency wallet. It supports hundreds of coins and has a low-key user interface. It spawned on the market in 2018. Now Atomic Wallet is available for Android, iOS, Mac OS, Windows, and Linux. The wallet provides an option to buy crypto with a credit card and holds private keys in decentralized storage. The coins held in Atomic Wallet can be exchanged via Changelly and ShapeShift.

If you prefer to keep your wallet in the pocket or in a more safe place, if you think that wallet is something necessarily physical, then you might opt to use a hardware wallet — a flash card-like device for storing crypto. Ledger Nano S and Ledger Nano X are good for Monero although they support several more coins. These wallets are connected via USB-ports. The wallets support 2-factor authentication, protection via a seed phrase, and require the use of a PIN-code. These wallets can be regarded as extra-safe. However, it's important to be careful as losing a USB-flash doesn't seem a hard task.

Actually, there are many other good options. Guarda, Exodus, MyMonero, Coinomi, Trezor, and more. All of them are worth checking out. More than that, there is a Monero paper wallet which can be fairly called the safest and the most intuitive (if only you are able to keep the papers safe).

Where to Buy Monero?

As you have probably noticed, we have already mentioned such a method as buying XMR directly in the wallets that have such an option — for instance, Freewallet or Atomic Wallet. Now we will name several other platforms where people can easily purchase XMR for fiat money.

The Hong Kong non-custodial exchange called Changelly is probably one of the first brands coming to mind when we think of buying XMR coins for fiat money. Changelly has been in operation since 2015. The platform aggregates the orders from numerous crypto exchanges letting users exchange coins for the best prices on the market nearly instantly. The fiat-to-crypto marketplace on Changelly is powered by  Simplex, MoonPay, Coinify, Indacoin, and Wyre services. The available methods are Visa, Mastercard, Apple Pay, and bank transfer. This variety of options gives an opportunity to look for the most convenient or/and cheap way to exchange your dollars, euro, or other national currency for Monero (or other coins).

The interface is quite user-friendly. On the main page, you just need to specify the amount of money you are going to spend, specify the currency you are going to pay it and the currency you're wanna buy, input the country of residence, choose the payment method, and one of the TrustPilot ratings (that's how Changelly insures their TrustPilot profile is prevailed by the actual users of their platform). When all the data is inserted, you should choose the service (the prices on Simplex, Moonpay, and other platforms can differ, so it's important to choose the best option for you). Press OK, then withdraw the coin to your wallet. That's it!

One of the top exchanges accepting fiat money is the US platform Kraken hence you can buy Monero there. Kraken was developed to address all possible security issues after the infamous hack of Mt Gox which led to fabulous losses of the user funds. Kraken exists for many years and is good in terms of liquidity, security, and convenience. 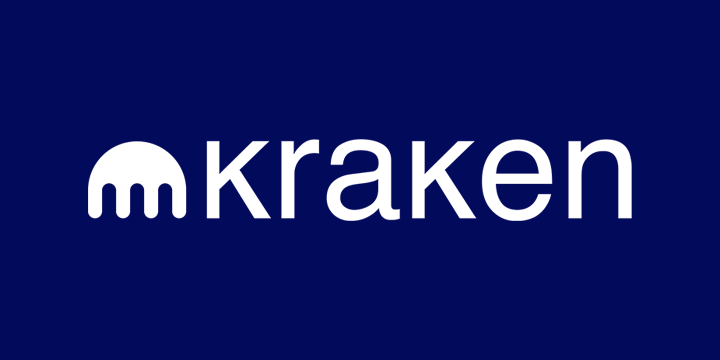 In order to buy XMR for fiat money on Kraken, it is necessary not only to register on the platform but also to verify your identity. You will need to provide a photo of a driving license, national ID, or other identificational papers. 2-factor authentication is obligatory and for a good reason. There are a limited number of accepted fiat money, namely USD, EUR, CAD, and JPY. As the account is verified, you should go to the Account page, open the Funding tab, and choose "Deposit". Fill out the deposit info and send money to the exchange.

The next step is buying XMR. That's not a very intuitive thing for those who don't trade on exchanges and probably you will have to think of doing it properly rather than caring about the low price. The easiest way is to create a new market order which will buy you XMR at the current market price. There are other options that can be profitable but they are riskier for people who don't have trading experience. When the coins are bought, you should withdraw them to your wallet. The withdrawn coins are yours!

Of course, there are many other decent platforms for buying Monero for fiat money including such exchanges as Exmo, Bitfinex, and LiteBit. ShapeShift was one of the best decentralized exchanges for buying XMR however it delisted Monero in November of 2020. 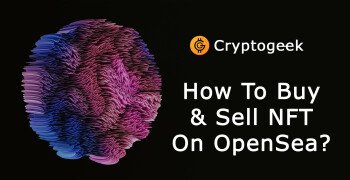 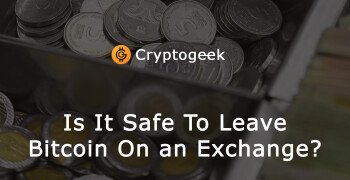 Oct 20, 2022 1
cryptocurrency exchange tutorial kraken guide freewallet changelly monero privacy xmr ledger wallet
The opinions and assessments expressed in the text are the views of the author of the article and may not represent the position of Cryptogeek. Do not forget that investing in cryptocurrencies and trading on the exchange is associated with risk. Before making decisions, be sure to do your own research on the market and the products you are interested in.