Games, paintings and songs: How to find a hidden cryptocurrency? 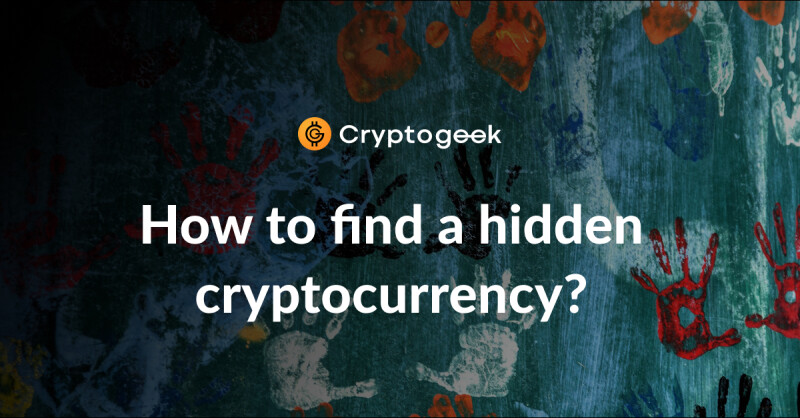 There are puzzles, the answer to which will bring thousands of dollars in Bitcoin or Ethereum. Most of these puzzles are solved in a matter of days, but some remain unsolved until now.

There are several ways to get Bitcoin. The most obvious is to buy or mine. But there is also a more interesting opportunity to earn digital money without investing a dime in it, only with your own mind.

At the moment, there are a lot of riddles, the solution to which is a private key that gives access to a wallet with a certain amount of digital money. Some are still waiting for the winner.

The picture with a riddle on 4.87 Bitcoin

In 2015, artist Rob Myers drew a puzzle picture in which he encrypted a private code from a wallet with 4.87 BTC. To solve the puzzle, programmers and enthusiasts offered their options on the Bitcointalk forum, now there are about 74 pages with comments there.

They managed to solve the puzzle three years later - on February 1, 2018, the 30-year-old programmer transferred $ 50 thousand in bitcoins to his wallet. He did not give his name, explaining this by the fact that in his country it is unsafe to own a cryptocurrency, but disclosed a solution to the riddle.

“The picture encoded a line of binary code, the characters of which correspond to one of the lights on the edges of the canvas. The color and shape of each determined a piece of four characters that complemented the code hidden in the tapes in each of the corners. Then I used a handwritten program in Java, which translated a chain of zeros and ones into a Bitcoin wallet code,” - said the programmer.

The project “Hamsters Against Bulls” was launched in 2019, the authors promised to release a series of eight cartoons, in each of which 1 BTC will be hidden. The first series was presented in May, the video was published on YouTube, the private key to the wallet is divided into five parts.

The video had 4 tips on which sites to search for parts of the key. The last hint should have been published later, but an unknown hacker picked up the rest using the algorithm and took the cryptocurrency the next day.

Other videos have not been published, the site is operational, but at the moment it is not known whether the team will continue to publish the video.

Last October, rapper Anari Sengbe published the track “SFAC,” in which he hid a private key to his wallet with bitcoins. The song contains a mnemonic phrase of 24 words, a clue was found in five days, on October 26, they withdrew 0.003 BTC from the address. However, even the hidden cryptocurrency could not attract public interest in the soundtrack, now there are 216 views under the YouTube video.

On May 25, 2018, the Codex team published a picture with the key to the wallet with 3.1377 ETH hidden in it. Two weeks later, on June 3, the first clue was added, another five days later - the second. As a result, on June 20, the puzzle was solved, and the programmer, who found the answer, published the detailed solution in his blog.

Last fall, an anonymous user with the nickname “Pip” launched the “310 BTC Bitcoin Challenge”, posting a picture on which the keys to four wallets with cryptocurrency are hidden. In the first eight days, three of the four puzzles were unraveled, then users were able to access the last 0.31 BTC.

Fresco with a secret

The French artist Pascal Boyart painted a fresco in Paris, based on the painting “Freedom Leading the People” by Eugene Delacroix, but dedicated to the protests of the “yellow vests”. Mural contained access to bitcoins worth a thousand euros. The prize was awarded to information security specialist Antoine Ferron from Paris and his girlfriend Marina. They solved the puzzle in a week. Using an ultraviolet lamp, they discovered 12 words that were the code for the wallet.

One of the most famous cryptocurrency puzzles was published on Reddit last May. The riddle is a “cloud of words and numbers” taken from White Paper Bitcoin. Under the post with this picture on Reddit over 3241 comments, while the branch was closed by moderators a year ago.

Bitcoin for passing the game

MonteCrypto: The Bitcoin Enigma was introduced on Steam last February. It consists of 24 levels, each of which contains various puzzles. In the comments on the game, many users wrote that it is very boring and only at the first level will have to spend at least an hour. However, a month later, on April 24, an unknown team of players was able to complete the game and transferred Bitcoin to their own wallet.

At the moment, the game can be bought for 0.5$ and try to get through. However, monetary compensation for this is no longer provided.

In April of this year, the riddle of Satoshi Treasure appeared, its creators divided the keys to digital storage into 1000 fragments and hid the tips all over the Internet, and several of them were left in the real world. The main goal of the game is to unite crypto enthusiasts from different countries, as for victory, players need to cooperate with each other.

At the moment, the puzzle remains unsolved. From 1000 fragments, participants need to collect at least 400 in order to be able to transfer part of the funds pledged by the game fund to their Bitcoin wallets. This is the only rule.

Jul 30, 2022 1
bitcoin ethereum free bitcoin games guide cryptocurrencies giveaway list
The opinions and assessments expressed in the text are the views of the author of the article and may not represent the position of Cryptogeek. Do not forget that investing in cryptocurrencies and trading on the exchange is associated with risk. Before making decisions, be sure to do your own research on the market and the products you are interested in.