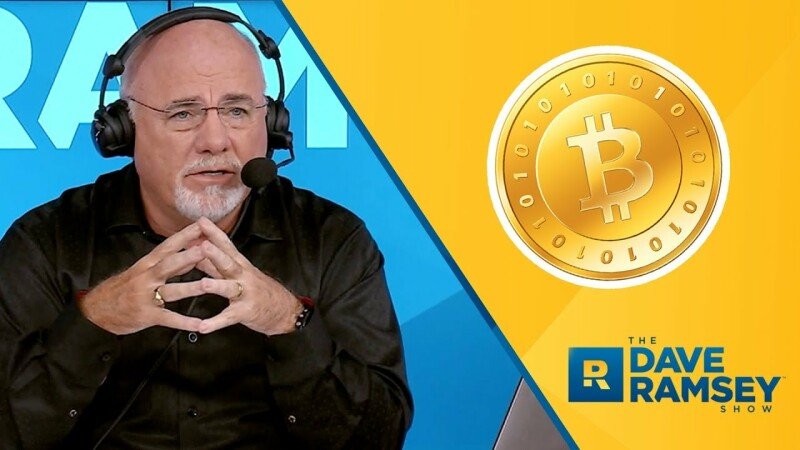 Bitcoin didn’t have the popularity that its inventor had in mind back in 2009 when it was released. For about a year, the cryptocurrency had no value, and no one was interested in it. In 2010 Bitcoin began to rise, paving the way for blockchain as new technology and the cryptocurrencies it brought to the market. Once the popularity grew, financial experts started to provide their insight into Bitcoin investment. One of the many is Dave Ramsey.

Once experts began realizing the advantages of the technology, more and more networks began to get developed, and with that, more cryptocurrencies showed up on the market. The growth of Bitcoin’s popularity increased the number of experts that offer their opinion on the cryptocurrency investment. 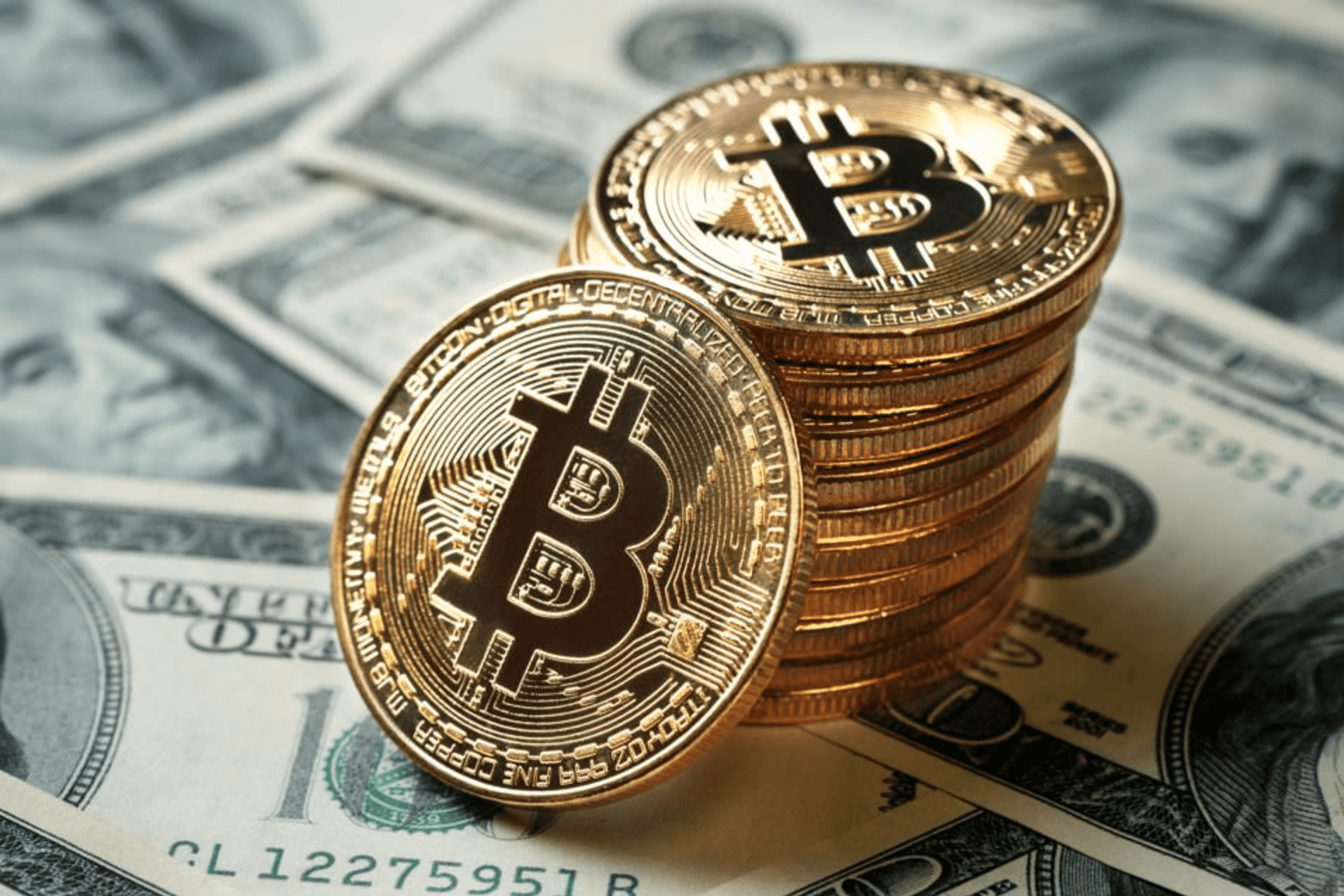 Bitcoin has had a pretty bumpy ride when it comes to its price. While the cryptocurrency had a promising start, the price began to drop steadily, followed by a steady increase until December of 2017. In a few weeks, Bitcoin managed to reach a cost of almost $20 thousand and immediately began to drop to less than a half in the following months. By the end of 2018, the price was about a third of the one it had in December of the previous year. From there, the price began to increase and then decrease again. With all that volatility, people are unsure if they should or shouldn’t invest in Bitcoin, so they turn to the experts for their options.

One of the many people that have a strong opinion on Bitcoin, in particular, is Dave Ramsey. Before I dive into what he says about Bitcoin, let us first look at who Dave Ramsey is.

Who is Dave Ramsey?

Dave Ramsey is a financial guru whose goal is to help people get out of debt and manage their finances more wisely. Unlike many self-claimed financial experts, you will find today; Dave is one of the few that gives his advice based on his personal experience. 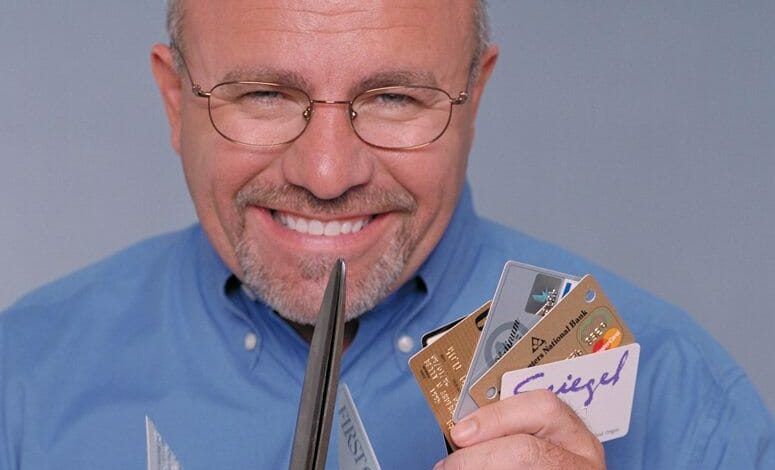 By the age of 26, he managed to acquire over $4 million in real estate, which is a lot. The problem he faced was that due to the debts he was in. By the time he turned 30, all of that capital was gone, and he was left with nothing. He started to rebuild his capital while trying to avoid his previous mistakes, which turned out to be a successful path. In 1992, he founded the Lampo Group intending to provide counseling for people that want a better finance management system. Later in the years, the company was rebranded to Ramsey Solutions. Today, you are looking at an expert financial advisor that has helped millions out of debt and showed them a better way to manage their finances. By doing so, he used his own experience to provide the best possible counsel.

Seeing how successful his company is, means that he’s usually right about what he says. So now, let’s look at what Dave Ramsey says about cryptocurrency.

His opinion on investing in Bitcoin is clear, don’t do it. While he has been known to provide a lot of free financial advice over the years, the one that created the most significant discussion was his thoughts on investing in Bitcoin in 2017, around the time when the price began to rise. He says that investing in something that is cool or trendy is not a good idea. Investing in something that you know and understand is not necessarily a bad thing, but investing in it just because all the cool kids are doing it could get you into financial trouble. On top of that, he provided a free tip saying that whenever you invest in something, it is always a good idea to have some money on the side for rainy days. 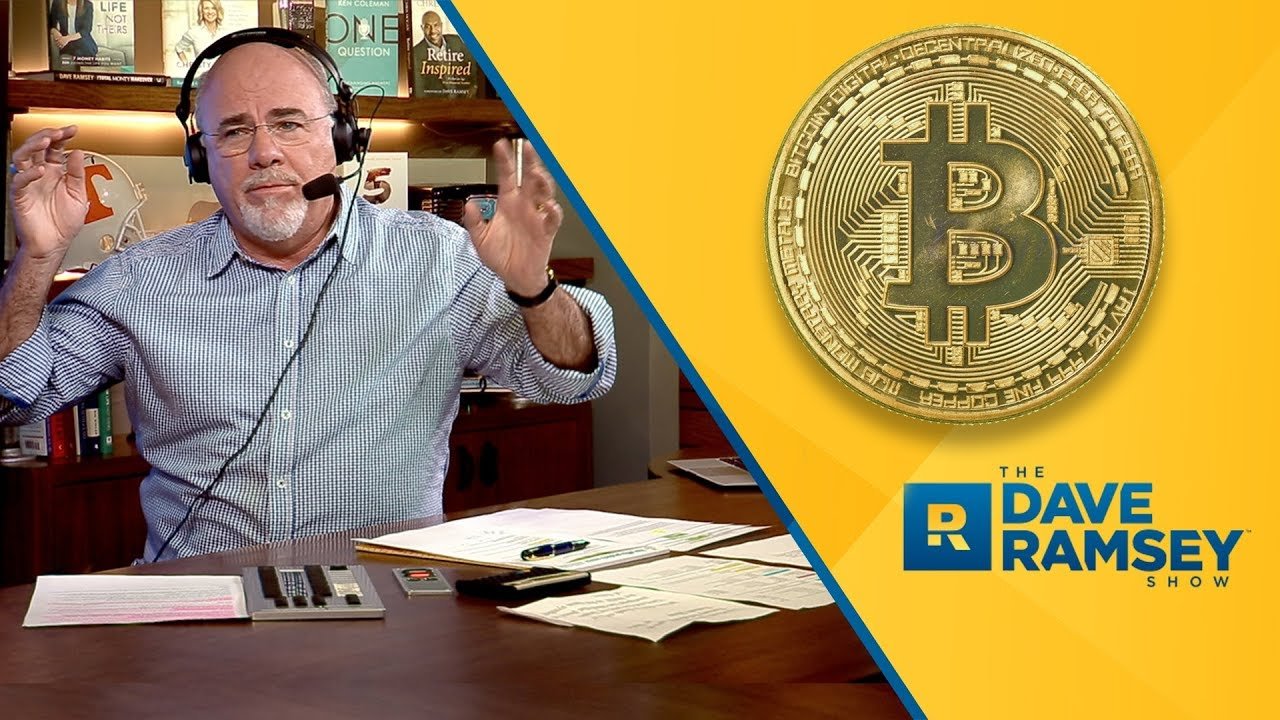 Even though Bitcoin and blockchain have the opportunity to revolutionize a lot of aspects of our modern world, based on Dave Ramsey comments on Bitcoin, we can safely say that he doesn’t like it. That was back in 2017, and until today, it seems that his opinion hasn’t changed too much. Dave believes that investing in Bitcoin is a lot like gambling. Most of the people who would invest in Bitcoin are looking to make easy money, and Dave says that there is no such thing. Investing in Bitcoin just to make a quick buck may have consequences because going after easy cash can lead to losing more money.

Even though those thoughts were told almost 3 years ago, during Bitcoin’s wild phase, they still stand, and most of them can even be applied for other cryptocurrencies.

I may not have the financial experience that Dave Ramsey has, but considering how long I have been involved in the niche, I have the right to make a few comments of my own.

Regarding Dave’s opinion on cryptocurrencies in general, I’m afraid I have to disagree with it. The fact that they are still in their infancy and we don’t understand them as well as we should doesn’t mean that they are a bad thing. People are always afraid of something new, and the cryptos are no different. While they are a lot less regulated than fiat currencies, they have a lot of potential, and I believe that we will learn to use them in time. Think back to a few decades ago when credit cards were invented; people were afraid to use them. Surprisingly enough, some are scared of using them even today. With time, we will learn how cryptos work, and we will accept them. I believe that in time, we will replace today’s fiat currencies with cryptos. 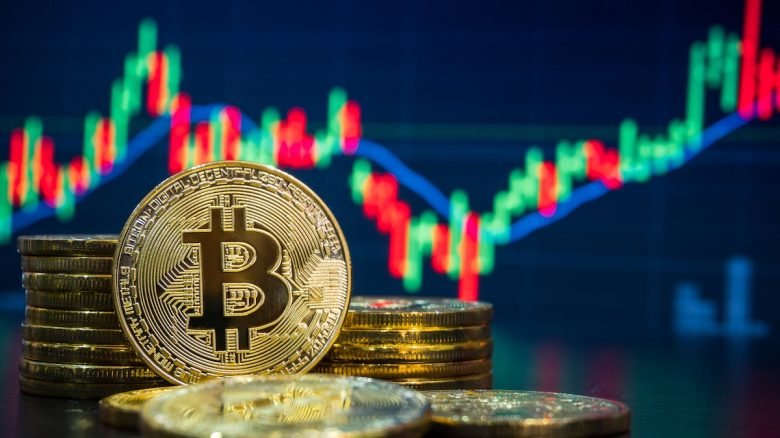 I will have to agree with the Dave Ramey opinion on Bitcoin on the investment side of things. Considering the history of its price, you are looking at a very volatile cryptocurrency that is almost impossible to predict. In 2017 when the price began to rise, many believed, myself included, that it will continue to grow and quickly pass the $20 thousand mark. At that time, while looking at the history charts, it seemed to me that the trend would continue, and on some of my previous predictions, I thought that it could reach $50 thousand by the end of 2020. Unfortunately, I was wrong, and at the end of 2020, the price is less than a third of what I anticipated.

Many believe that cryptocurrencies’ prices fluctuate as they are due to the fact that they are unregulated. While that may be true, other factors come into play, and by regulating the cryptocurrencies, you will be taking away what made them unique. Also, even regulated fiat currencies have fluctuating prices due to pandemic, politics, and so on. Based on everything that I said and everything that has happened since Bitcoin came to the market, I believe that they are not a good investment idea, at least not in the long run. You may be able to make a few dollars making quick trades over the course of a few days. Considering how volatile the price can be, it could drop in a day causing you to lose money. Like Dave Ramsey said: investing in Bitcoin is like gambling; you may win or you may lose.

If you want to buy Bitcoin right now, then you can use the HitBTC exchange. HitBTC is one of the 10 largest cryptocurrency exchanges in the world. The exchange offers high liquidity and does not impose KYC measures on its users. The wide variety of altcoins makes it a great place to exchange and trade currencies of any kind.

Investing in cryptocurrencies is becoming more and more popular as the coin’s popularity grows. While there are over 2000 coins today, not all of them are active, and on the investment side of things, not all are a good investment idea. Dave Ramsey’s opinion on investing in Bitcoin is pretty clear - stay clear of it. While coins like Bitcoin are not a smart way to invest and expect to make a certain profit, some cryptocurrencies can bring you some profit.

Regardless of that, the cryptocurrency market is volatile, and tons of factors dictate their price. Overall, cryptocurrencies are not bad and will serve their purpose once we begin to understand them more. Meanwhile, investing in Bitcoin is not what I would recommend; at least not if you are willing to take a lot of risks.

bitcoin blockchain cryptocurrency daveramsey
The opinions and assessments expressed in the text are the views of the author of the article and may not represent the position of Cryptogeek. Do not forget that investing in cryptocurrencies and trading on the exchange is associated with risk. Before making decisions, be sure to do your own research on the market and the products you are interested in.

Tavin Nathan Payne
18 October 2021
How can you tell if a particular cryptolaunch is legit or has staying power? I am considering investing more in a new coin/token called LUXXX . While a blockchain currency it is connected to real world assets like the stock market and real estate. The coins are currently selling for $35USD. I bought 1,000 when it first launched at $5 each. I feel good about this coin because it is backed by actual assets much like the US dollar was originally backed by gold. Any thoughts?
bitcoin (171) crypto (169) blockchain (110) cryptocurrency (105) cryptocurrencies (99) trading (80) btc (76) guide (67) altcoins (66) cryptocurrency market (65) cryptocurrency exchange (59) ethereum (56) binance (46) coinbase (34) hitbtc (34) price prediction (32) prediction (31) freewallet (29) price (27) mining (26)