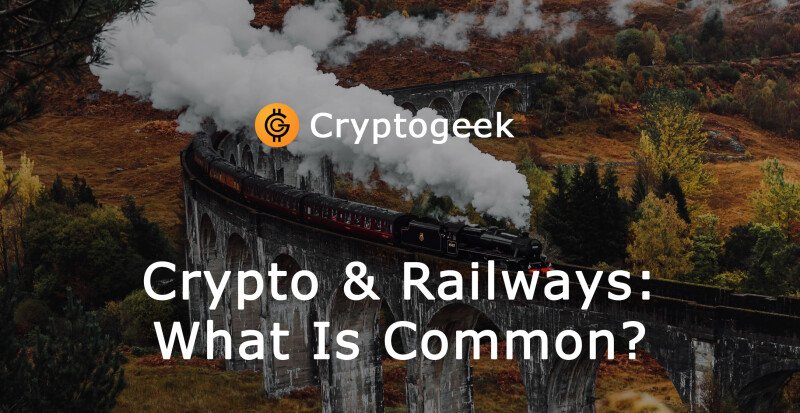 Whenever there’s new technology, whether it’s the construction of an airport, or the development of augmented reality that will shape how doctors treat their patients, skepticism always trails. It doesn’t matter how grand the idea is, or how simple it is, naysayers exist to shoot down ideas, and that is just how the world works. Also, logic and available data make sceptics, and sometimes even the most rational optimist, explain reasons why the new technology will not work.

But technology doesn't always give go according to plan. It can obey the rules or it doesn't.

The intrusiveness of blockchain technology, and by extension, cryptocurrency, has its naysayers and critics. People who believe that, no matter how liberating it may look, cryptocurrency is a scam that will fade soon. Others are of the opinion that, even if half of the world knows how to create a new cryptocurrency, it will not hinder the growth and longevity of the technology and the idea.

The big question is, can cryptocurrency stand the test of time? Is this new technology that has got banks and big financial institutions adjusting their policies and stands on monetary laws to become the next best thing in the tech space?

Many experts and exchanges like Redot believe in the bright future of the crypto industry. Blockchain technology and cryptocurrency, just like the railway, will mark an epoch in technology’s history and define how we see, interact and use money for decades to come.

You don’t have to believe me now. I’ll run you through some of the things critics of railways said in the past, and compare them to what we often hear about Bitcoin. I’m certain that you’d be convinced that, as the naysayers criticized the railway for being an atrocious and ludicrous tech project, so are they criticizing cryptocurrency. But time, like they say, will tell.

The combined history of cryptographic currency and railways in Britain

For students of cryptocurrency – not Bitcoin – they know that electronic/digital currency predated Bitcoin. In 1995, the technology that blockchain uses: linking blocks using hash dates, was founded. It was the work of two academics: Stuart Haber and Scott Stornetta. Their idea to place timestamps on ledgers to ensure that intellectual properties aren’t stolen freely. The technology used hashed data to authenticate data.

It was from foundations as Haber’s and Stornetta that Satoshi Nakamoto built Bitcoin, and from whence other btc block explorers have been built.

As the Bitcoin revolution started to gain momentum in the late 2000s, cyberpunks and black web addicts were the first to hop on the train. They adopted Bitcoin because it tallied with their need for anonymity on the internet.

But this wasn’t always the case. Just like how skeptical people were about railways, many were unsure if blockchain technology was genuine.

The absurdity of blockchain technology, as perceived by some in the past (and some even now), mirrors what top newspapers and magazines felt about railways. The Quarterly Review, in 1825, wrote that nothing can be more palpably absurd than the idea of a locomotive travelling faster than stagecoaches.

Does that sound familiar? Absurdity? Stupid idea? A fool’s dream?

At the start, people thought blockchain technology was a fool’s journey.

Digital currencies didn’t start with the Bitcoin protocol, but it was Bitcoin blockchain technology that opened the door to the public on digital currencies. Blockchain networks were touted as a weak man’s idea, a fool’s dream that would not stand the test time because it differed from what many were used to.

But the banks later started to see the feasibility of blockchain technology and Bitcoin. The blockchain revolution started to make sense to these banks, similar to what the Quarterly Review wrote about in 1830 after the railway project became a reality.

The Quarterly review in their 1830 issue wrote that they now saw the “well-spring of intellectual, moral and political advantages that was above all measurement and price.

However, because naysayers now accept that a new tech is feasible doesn’t mean they won’t poke holes at the project.

The debate on what is proof of work vs Proof of Stake has headlined the ‘critics’ conversation in recent times. Bitcoin’s Proof of Work has come under serious criticisms for consuming large amounts of energy in its mining. Ethereum founder Vitalik Buterin developed proof of Stake to wedge against high energy consumption.

The attack on cryptocurrency and blockchain technology isn’t without reason. It also happened with the railway.

Some critics opined that the railway was bulky, and a dangerous solution without a problem. The popular quote, “if it isn’t broken, don’t fix it” was thrown at the railway project. Horses were good enough. They were fast and safe enough, what was the need for a big, noisy locomotive machine that nobody needed?

King William I of Prussia in 1864 criticized the railway, saying nobody will pay money to move from Berlin to Potsdam in one hour when they can ride on their horse for one day for free.

The belief that blockchain will soon knock companies such as SWIFT out of the banking business seems far-fetched until one closely looks and realizes how freeing blockchain technology makes banking and transferring money across borders within minutes.

Technology’s evolution is in its 4th generation, and the world wide web in its 3rd. Blockchain technology is changing the way people use the internet, create and share their data. It has opened a new door of opportunities for not just finance but for artists. NFTs are blowing up the internet, and more is coming. The power of distributed ledger is taking over the tech world. Big financial tech companies are building on the blockchain, adopting cryptocurrency as payments and many more.

It is clear as daylight that the blockchain evolution isn’t a wish. It is a reality happening before us.

blockchain crypto cryptocurrencies railways
The opinions and assessments expressed in the text are the views of the author of the article and may not represent the position of Cryptogeek. Do not forget that investing in cryptocurrencies and trading on the exchange is associated with risk. Before making decisions, be sure to do your own research on the market and the products you are interested in.