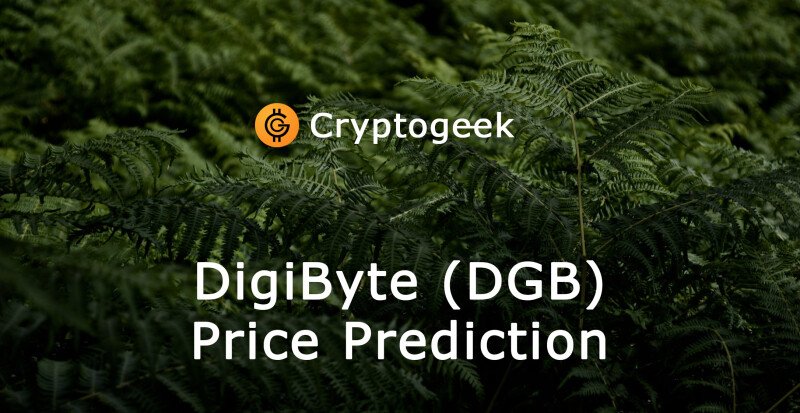 According to the official website, DigiByte is an open-source blockchain created in 2013 that boasts a number of blockchain innovations. These include five mining algorithms, such as OdoCrypt, that ensure ASIC resistance and Dandelion++ privacy protocol. 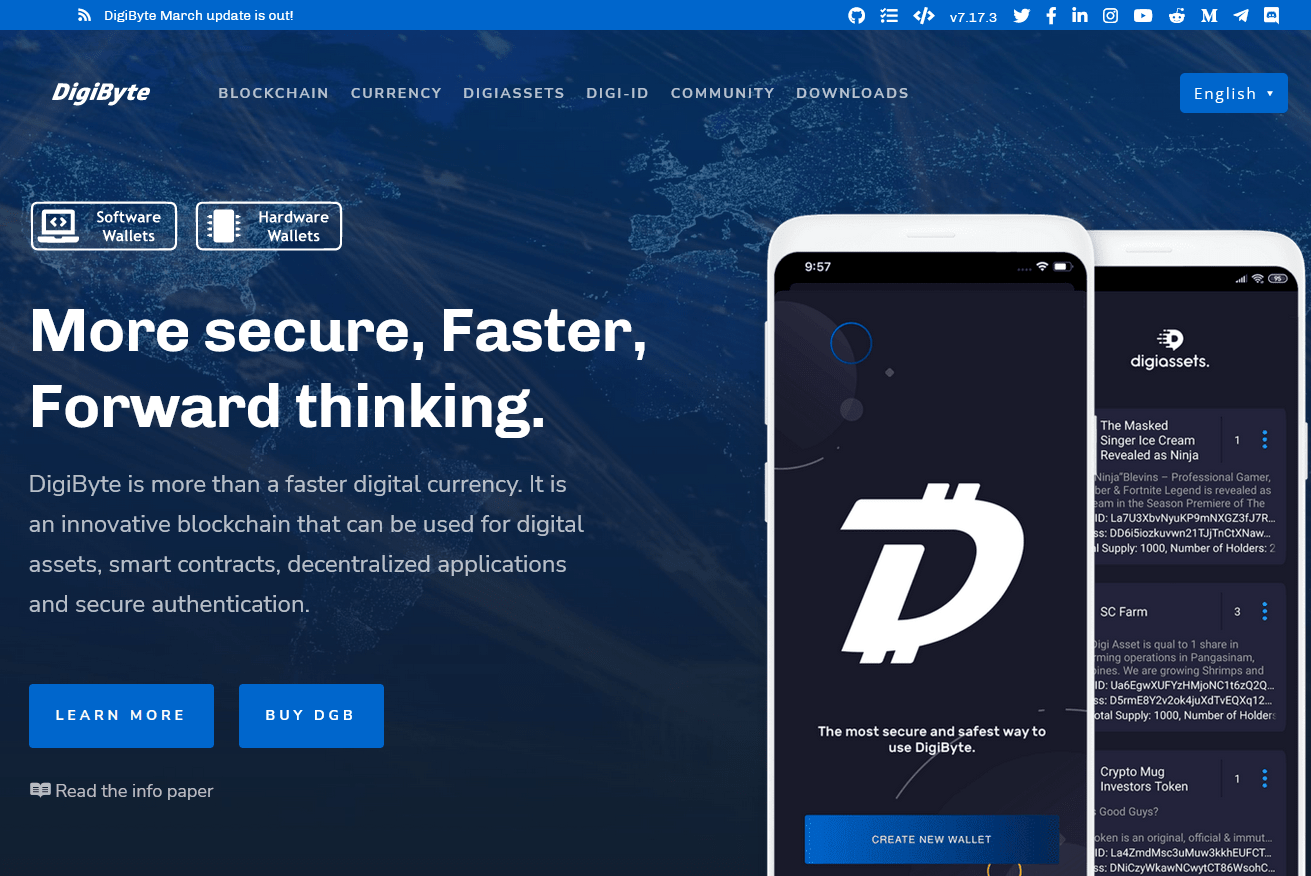 Allegedly, DigiByte was never controlled by a company or a CEO. Instead, it is based on the effort of volunteers and driven by the global community. The DGB blockchain can handle 1,000 transactions per second.

This is not an in-depth review of DigiByte. It is a summary of the past and present achievements of DigiByte, with some speculation about its future price.

According to the introduction to the official whitepaper, DigiByte is an MIT-licensed cryptocurrency that attempts to overcome Bitcoin’s flaws. DGB adopts Bitcoin’s motto of "do not trust, verify" and uses Litecoin’s code-base. Only 0.5% of the coin was pre-mined for the purpose of sharing with the community to foster the early app and blockchain development efforts. 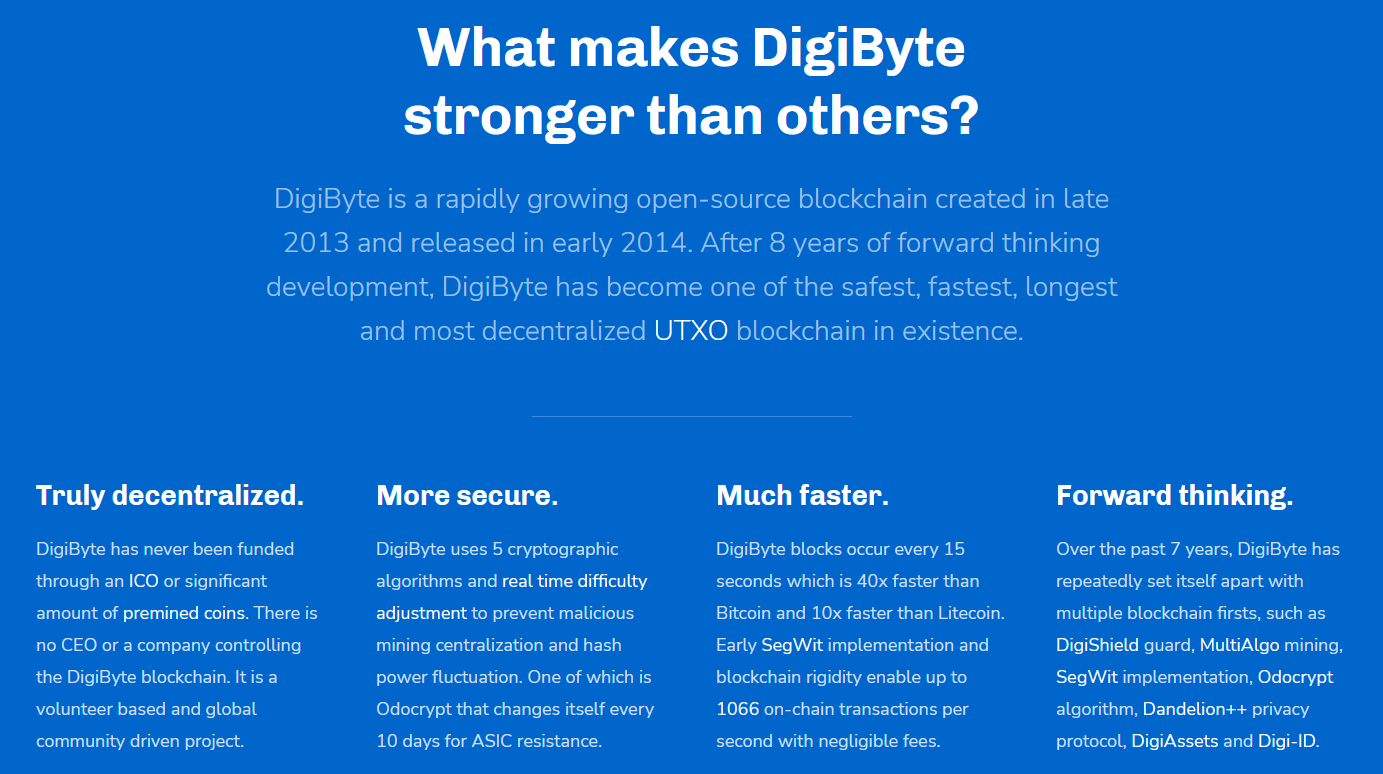 DGB underwent several forks that introduced new features and upgrades to the DigiByte network. In 2014, DigiByte adopted 5 mining algorithms to prevent hash power takeovers of the blockchain. The total DGB supply is 21 billion, with the expected mine-out date sometime in 2035.

In 2017, DGB implemented SegWit (Segregated Witness), a Bitcoin upgrade designed to prevent malformed transactions from corrupting the blockchain. In 2018, the blockchain was upgraded with DigiShield, which adjusts difficulty according to the influx of hashing power to prevent blockchain freezes.

DigiByte is a proof-of-work blockchain. Its developers decided on PoW because all other consensus methods are prone to corruption and centralization. The developers also encourage code contributions that align with the spirit of DGB and preserve the transparency of the blockchain.

DigiByte offers a mobile app that supports older Android versions that are prominent in Third World countries. The app is available in 50 languages.

This section neither endorses nor condemns DigiByte. Rather, it attempts to depict the volatility of the crypto market and DigiByte’s position in it. Any financial decisions you make are your responsibility.

The following table is the Cryptogeek price prediction for DigiByte through 2030. The price for each year is the average of four cryptocurrency websites’ predictions for each year. ROI is based on the June 8, 2022, DGB price of $0.012.

DigiByte Crypto Price Analysis for the Past Several Years

The first notable surge in price occurred in 2017, which aligns with the introduction of SegWit, causing the DigiByte price to increase 100-fold. In late 2021, the price surged again, this time to $0.16, until settling at $0.01 as of June 2022. There is no developmental milestone that coincides with the second surge in price. 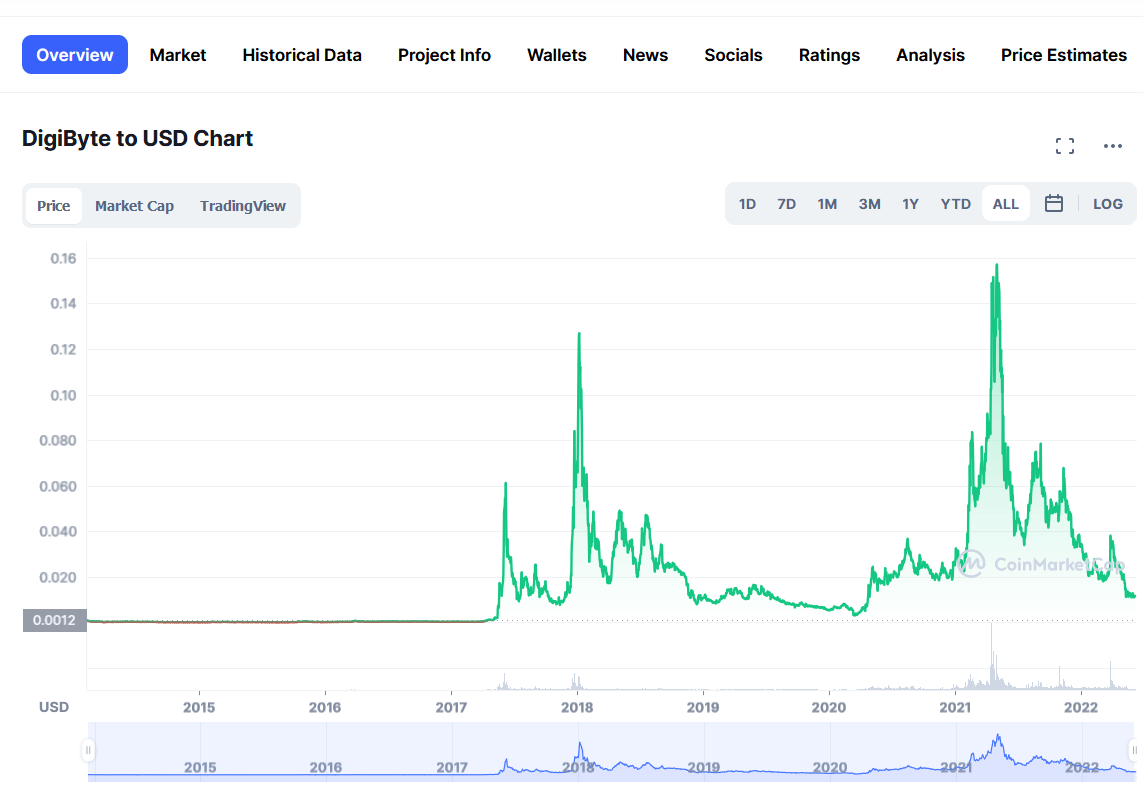 Despite tremendous efforts by DigiByte developers to ensure decentralization and natural growth of DigiByte, it still appears to have been manipulated by traders. The price surges appear unnatural and unjustified by the fundamentals. Therefore, it is likely that DigiByte will again surge 100-fold but will also drop back to its June 2022 price soon after. 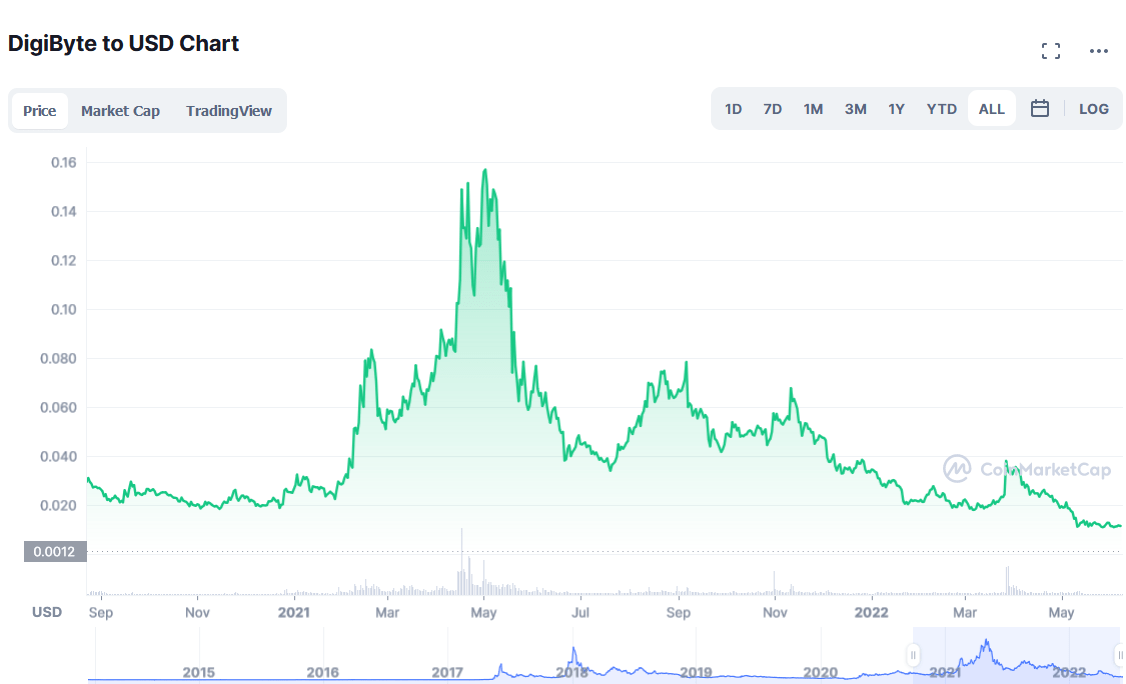 What is DGB used for?

Anything you like. The devs have not limited DGB in potential uses, letting users make of it what they wish.

How to make money with DGB?

Based on previous price movements, it is possible that DGB will surge 100-fold once again. That will be a great selling opportunity for those who accumulated DGB at a lower price.

Based on the description on the official website, DigiAssets is a virtual representation of any tangible asset. It is both an ecosystem and a platform. One mentioned use case is protecting signed documents, such as bills and deeds. Anyone can create DigiAssets without having extensive software developer knowledge or hardware. They can be swapped, bought, and sold.

Can I run a full DGB node?

According to the whitepaper, yes. It is specifically optimized for low-cost machines to ensure the stability of the blockchain.

Can I contribute to DGB?

Yes! You can donate, volunteer for the community, or spread the word about DGB.

How do I join the community?

You can start with the subreddit and keep an eye out for official Twitter updates. The DigiByte Protocol has one GitHub repository, while the Core has another.

DigiByte is a cool idea with lukewarm execution, which is reflected in the price. The developers are ambitious in trying to supplant Bitcoin but that is not enough to create and maintain a robust cryptocurrency. The various upgrades have dubious value for the community and, despite the whitepaper claiming they are introduced through consensus, they indicate centralization.

DigiByte developers claim they are building a decentralized cryptocurrency immune to hijacking through raw hash-power, but their actions are anything but. They constantly meddle with the protocols, the algorithms, and the underlying code, indicating they are not sure what they have in mind. The upgrades do not seem to have anything to do with the price increase.

If you decide to take a look at DigiByte, beware of price movements that might make you think it is a project with a long-term future. It is more likely to be just another wannabe Bitcoin killer rather than an actual king-slayer.