Earn Up to 15% APY on BTC, USDT, USDC, DAI with Cryptology

Kryptex is a mining pool and a provider of mining software allowing you to generate coins, using the computing power of your PC. Kryptex solves computational tasks communicated by the server and performs mathematical tasks. This is how the miner’s income is generated. No special knowledge of mining and expertise is required.

Kryptex is described as a game-changing mining pool and promises to deliver a transparent product. The introduction video on the company’s website featuring the company’s CEO explains that most altcoin pools pay less than promised. The video follows a “Miners deserve better” slogan.  According to Kryptex founder, these pools were built by amateurs at the early time of the crypto era. The few following sentences summarize the contents of this clip: existing altcoin pools fail to fill blocks with transactions. Miners lose up to 20% because of the fallacy of pools. The profit is distributed in an unpredictable manner. At the same time, it’s not easy to get in touch with a human operator of customer service. Therefore, the Kryptex team became entitled to launching a brand-new mining pool with transparent payouts, an efficient pool engine, and fast customer service.

Kryptex allows the withdrawal of bitcoins and Russian rubles with the possibility of cashout to bank cards and two payment systems (Qiwi wallet and Yandex money). Upon that, bitcoins can be exchanged to your national currency whereas Qiwi wallet and Yandex Money are available almost globally. The minimum withdrawal amount is $0.5. After enough mining is done, the user can withdraw shares (or solution, according to the terminology of Kryptex) and get them converted into bitcoins. Withdrawal fees applied by the company are listed on its website. Money can be spent to buy Amazon gift cards (start with $25). 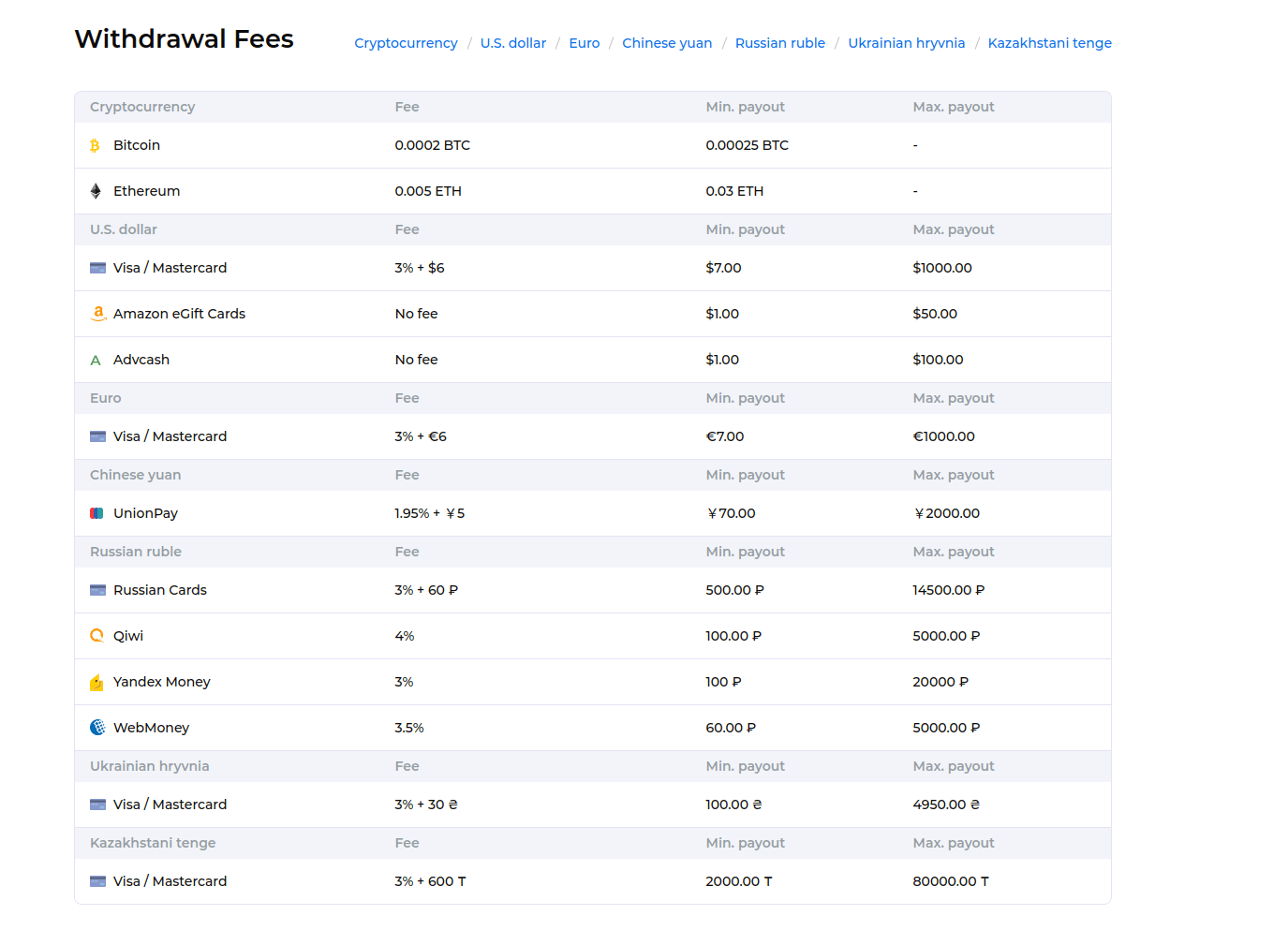 As a reward, Kryptex receives a small portion of generated crypto coins.

On its website, Kryptex states that it’s possible to mine up to 30 - 70 USD per month on the condition you have a powerful computer. After you install Kryptex program on your PC, it will estimate the profitability for your personal computer. As with other mining services, coins are generated here by letting a computer perform computational tasks. One can use Kryptex on a gaming PC, mining rig, or mining farm.

How to start with Kryptex?

1. Download the software. It will on its own estimate potential profit based on the power of your PC.

2. Let the program run on its own. No complicated setup. 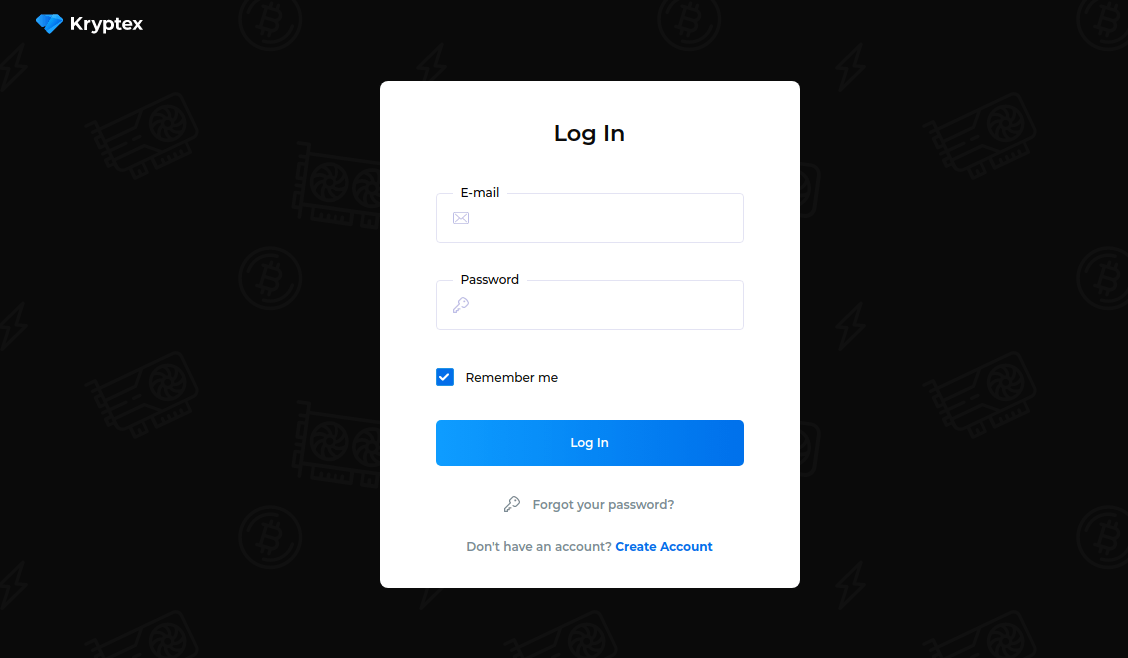 4. Probably, allow Kryptex to run under the antivirus program

Usually, software antivirus does not allow crypto-related programs. Please make sure to allow  Kryptex to operate when an antivirus sends you an alert to the screen.

To use mining solutions from Kryptex in a most efficient way, it is advised to keep them running all-time through or have them paused instead of stopping.

Kryptex chooses a certain algorithm on your Personal Computer, and this algorithm defines how often your balance is updated. DaggerHashimoto and CryptoNight algorithms have 1 - 8 hours’ intervals. At the same time, this interval makes up to 24 hours for Equihash. That’s why you see a zero balance a while after you run the software for the first time. By the way, if you see that your balance is getting lower over time, it means fluctuations of the bitcoin’s exchange rate towards the currency of your choice. The current exchange rate can always be found in the "Balance" section of the website. Owners of the Nvidia graphics card are advised to install Windows 10 Anniversary Update. This helps fix issues in the memory of the Nvidia graphics cards. The last point is very important for GTX graphics cards of the 10xx series.

If you run Kryptex programs on a laptop, your mining income will be lower. The reason behind this is because laptops use their power to have a longer battery life rather than facilitate a calculating function.

Using graphic cards helps achieve the maximum profit. Of course, if this card is new and has more power, it will help this task in the best possible way. For example, these are the cards that have 3GB+ GDDR5 VRAM.

Next, one can rent graphic processing units (GPU) from Kryptex. In other words, Kryptex rents out its cloud mining facilities. According to the company’s website, the rent price makes one-tenth of that provided by Amazon. Kryptex monthly rent fee is $100. Taking advantage of the accumulated cloud facilities of graphic units is able to enhance the efficiency of one’s projects and cuts the time you spend processing the data. It’s possible to migrate to Kryptex from another cloud server.

Kryptex has a referral program in place. It’s possible to rent GPUs with Kryptex.

Its GPU network represents cloud storage, making use of thousands of individual mining farms across the world.

There are a lot of potential use cases:

- Speeding up the rendering of graphics

The cost of this cloud solution is $99 per month.

On its website, the company keeps an open list of new suggested features. It’s possible to vote for any of them.

Social media channels of Kryptex have been recently updated (as of February 2021). You can receive support via email or Telegram chat.

In January 2021, the company rolled out a new version of the Ethereum pool code that addresses a recent bug in Phoenix miner. Also, at the time of the crypto rally, all shares are being manually converted by the Kryptext team. At the same time, it is ensured that rewards would be net positive for users.

- Regular updates
- The possibility to convert rewards into real money

Love it simple Nice Ui. Only thing stopping it from getting a 5/5 is slightly high fee.