I am a financial journalist with 10 years of experience. Worked for many web publications. I have a Master's degree in political science. I've become especially interested in cryptocurrencies since 2017.

Bitbank is one of the leading cryptocurrency exchanges targeting the residents of Japan. The exchange tab of the website is not available in languages other than Japanese and those who want to register on Bitbank from overseas have to pay $100 commission. Nevertheless, for those in Japan, this platform is quite convenient as it collects no deposit and trading fees (it’s relevant only for Makers) and has some other nice features.

Bitbank exists in the form of a web-based platform and can be accessed from a desktop browser or a mobile app. The mobile app is available both for iOS and Android devices.

Trading volume-wise Bitbank is one of the most successful cryptocurrency exchanges in Japan and one of the best ones in the rest of the world, as well. Good liquidity makes exchanges more convenient in use as the orders are triggered faster at the desired price.

The interface of Bitbank exchange is quite sophisticated. The candlestick graph is provided with over 50 tools that can enhance trading overview and make it analysis more detailed and accurate. The navigation is intuitive although the users who don’t know Japanese will have to translate the page first.

Unlike the bulk of cryptocurrency exchanges, Bitbank has a license. The platform is licensed by the Japanese Financial Services Agency which makes Bitbank way safer than most other cryptocurrency platforms. The agency has a huge experience and enough resources to maintain the security of the exchange. Moreover, this license means that Bitbank definitely has no problems with the law.

While some of the Japanese cryptocurrency exchanges provide the feature of leveraged trading, Bitbank doesn't support margin trading. Users wishing to trade in a larger amount using leverage should look for a different exchange platform.

Some of the reviews claim that Bitbank doesn't collect trading fees. In fact, the situation is more complicated as market makers don't have to pay fees while liquidity takers pay trading fees. Market makers (those who place limit orders creating liquidity on the exchange) are not paying fees. Instead, they get rewards for trading (0.02%). Those who take orders from the order books (instead of adding new ones) are charged with a 0.12% fee.

Deposit fees both for Japanese yen and cryptocurrencies are not collected on Bitbank. Nevertheless, there's a different limitation —  Bitbank specifies the minimum amounts that can be deposited. JPY is not subject to these limitations while cryptocurrencies should meet the requirements. For example, the minimum amount of BTC that can be deposited is 0.001 BTC.

Bitbank provides a set of official APIs through GitHub. There are Rest API, Public API, and Public Stream API. On the Bitbank GitHub account, users are welcome to report bugs. All these factors together create a strong opportunity to use automation to enhance the trading experience.

In order to create an account, one needs to provide an actual email address and tap on the "Open Free Account" button. Then the user receives an email with a verification link. The next step is to set and confirm the password. Then the user is required to provide the personal information including the full legal name, the date of birth, and other data. The next step is associated with requesting more thorough information from a user. This information includes the purpose of registration, profession, annual income, the assets the user has, and so on. Then the user should confirm she/he is not an anti-social element or not an important foreign official (both are prohibited on Bitbank) and share a personal phone number. After confirming all the provided data, the user should upload the photos of the documents verifying her/his identity. Users are free to choose from passport, basic resident register card, and other documents. First, the user should specify the document she/he is willing to provide and then upload the files. The review of the data provided by the user takes some time, but it's better to immediately set 2-factor authentication.

To open a corporate account the representative should provide the documentation that includes the certificate of the company, historical data, and other documents. All this data is reviewed within 6 months. Also, it is important to provide the verification of the identity of the person in charge of transactions on Bitbank. The process of opening the corporate account is almost the same as the opening of the individual account. The main difference is that it's important to choose the "corporate account" option while applying for a new account.

Non-Japanese traders can open accounts on Bitbank, too, but they will have to go through a different procedure. Overseas users should contact the representatives of the platform directly. The opening of the account for foreign users is not free. The cost is $100 but the payment should be sent in BTC. After providing Bitbank with the name (or the company's name), country of residence, email address, and paying $100-worth of Bitcoin, the company is reviewing the info and creating an account. It takes seven days.

Fiat money can be deposited through bank wire transfer. Funding an account via credit card is not allowed. Another way to fund the account is by sending cryptocurrencies to the account wallet.

Bitbank offers its users such a standard security measure as 2-factor authentication. This feature if enabled prevents signing in without having a user's mobile device as only this device creates one-time passwords that are actually only for 30 seconds each. This measure helps to avoid hacking of the individual accounts but it's up to users to install an authenticator application and enable 2-fa. Also, users are free to enable SMS verification and smartphone biometric authentication.

For the safety of assets and data, Bitbank uses SSL, encryption of the server information, and cold storage (although some assets are stored on hot wallets). To date, there’s no info about the successful hacking attacks on the company servers.

There's one thing that raises concerns among some reviewers of Bitbank — the company provides too little information about its team. Trusting money and detailed personal data to an anonymous entity can't be regarded as safe. On the other hand, as Bitbank is cooperating with the Japanese Financial Services Agency we cannot expect that Bitbank will appear to be a scam. JFSA cannot force the company to be fully transparent for the users, but certainly, it won't let any kind of misconduct or fraudulent activity. Moreover, such cooperation is regarded as an advantage that Bitbank has over many other leaders at the market of cryptocurrency exchanges. 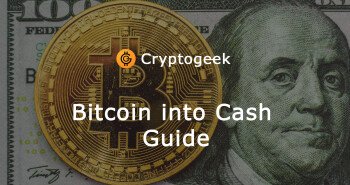 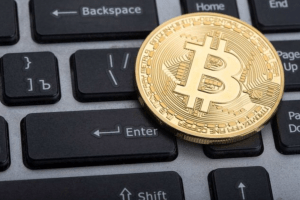 The license of the Japanese Financial Services Agency

The support of corporate accounts

Limitations for people outside Japan

The anonymity of the team

They have to call for web designers. The look of exchange is awful.

One of the best places to trade... I've been trading here for a while and I know what I'm talking about