As the crypto market began to increase in popularity throughout the years, so did the need for people to purchase and sell crypto coins. The demand created plenty of platforms that we know and love, and we are starting to reach a point where choosing the right one can be challenging.

There are plenty of options currently available on the market, and the one we'll be looking at today is 1inch.

Many people think of 1inch as an exchange, but it's more than that. The platform is a decentralized exchange aggregator, meaning that it relies on multiple existing exchanges to find the best rates. Instead of going through numerous exchanges manually looking for the best rates, this service gives you all of that on a simple platform. 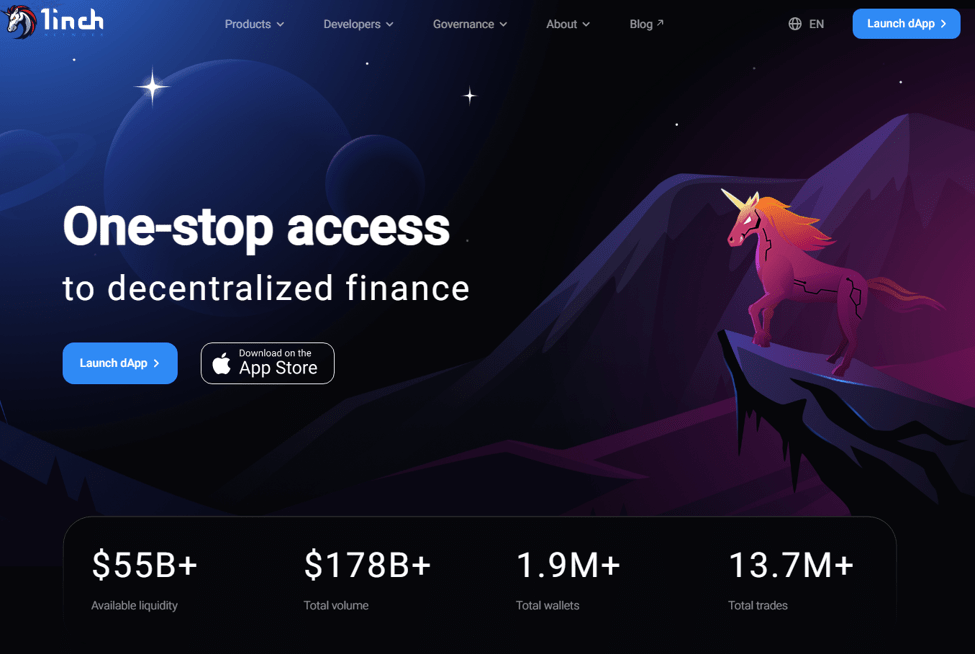 Thanks to the aggregation protocol, 1inch can deliver the best rate by sourcing liquidity from multiple exchanges. In addition to that, it can split a transaction over several platforms, additionally improving the rates. 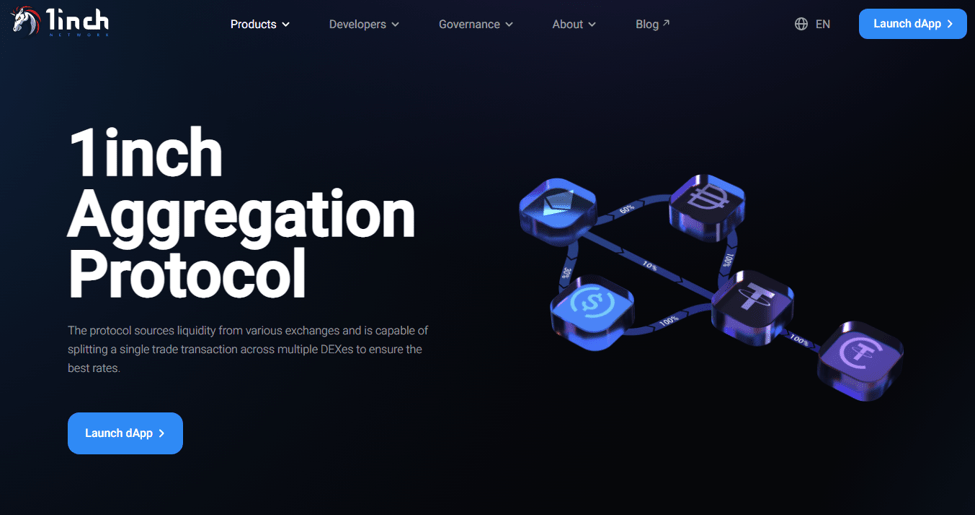 As part of the limit order protocol, 1inch provides you with dynamic pricing thanks to the smart contracts and the option to place conditional orders based on your parameters. The best part about this feature is that there are no fees. 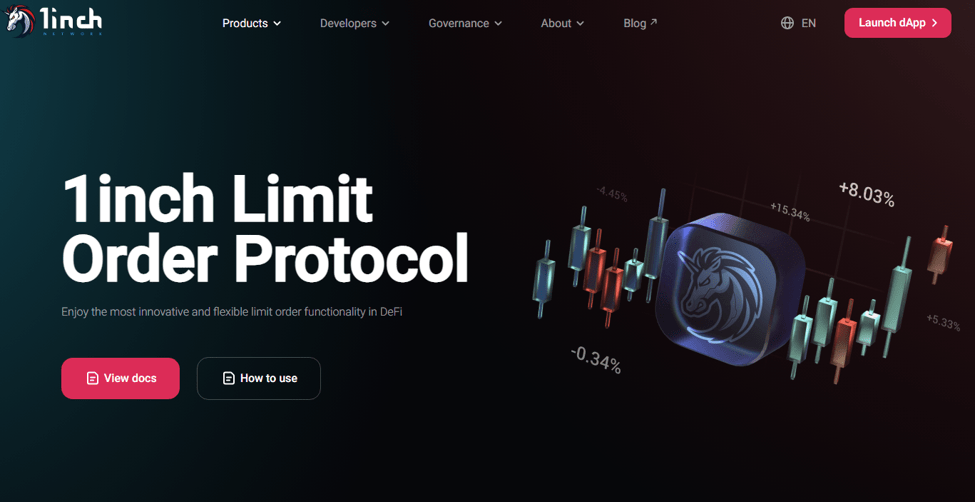 This feature isn’t groundbreaking, and you can find it on other platforms as well. The Liquidity Protocol is a feature that 1inch offers to increase liquidity to pools. When you participate, not only do you help with the liquidity side of things, but you also have the option to earn 1inch tokens for that.

The team behind the network began developing it in 2019 and launched it in 2020, making it a not-so-old platform. As an aggregator, 1inch is developed to pull rates from multiple exchanges. The number totals up to almost 50, which offers a nice variety. It covers popular options like Uniswap, Bancor, Sushiswap, and some lesser popular ones.

Like all blockchains, 1inch has its token, called the same. Since the platform is built on the Ethereum network, the 1inch token is an ERC-20 one.

So, what does the 1inch offer in terms of the exchange? Quite a lot. Considering that the aggregator pulls prices from almost 50 exchanges, you are getting access to several hundred tokens to choose from. Even though it seems like you have quite a lot of flexibility, it is crucial to keep in mind.

1inch is Ethereum based, so tokens from other networks like Bitcoin and Binance aren't supported natively. This means that you can make the exchange, but you'll be getting a "synthetic" coin that is tied to the price of the original one.

Another thing to note is that 1inch isn't available for US residents, so keep this in mind before you head over to the website. Also, to use the platform to its fullest potential, you'll need to own 1inch tokens.

Right off the bat, 1inch will claim that it doesn't have any fees, which is accurate up to a point. Even though the platform won't charge you any fees for the transaction or deposit and withdrawal, there are exchange and gas fees associated with the exchanges on the other platform. So in this regard, things depend on the native exchange where 1inch will make the transaction.

As far as the native 1inch wallet goes, the withdrawal and deposit features are enabled through a third-party service called Mercuryo.

One thing that makes the 1inch wallet an attractive option is that it's a non-custodial one. This means that the users have full control over everything, meaning that they are responsible for the security side of things. Despite that, the platform has several security measures that make things even safer for users.

To ensure that the user is aware of what is happening during the transaction, the 1inch wallet parses the cell data and displays it understandably. Also, thanks to Apple's Secure Enclave, the wallet gets an additional protective layer, ensuring that the tokens are as safe as they can be.

One thing that's available for iPhone users only is the secure backup option. This enables you to backup your wallet to iCloud and restores it to another device effortlessly.

Overall, the 1inch wallet is a good app for trading. Sure, it may lack some features that other more prominent services have, but it's not the worst choice either. The trading part of the service is not the most complicated one, and even though novice users may struggle a bit, it won't take long for them to figure out how things work.

The biggest drawback that 1inch wallet faces is the platform support. For a while, the app was available for android users, but at the moment, it's only available on Apple's App Store.

One of the many differences between a centralized and a decentralized platform is the verification process. Unlike platforms like Binance, for example, where you need to verify your identity before getting access to the services, with 1inch, you avoid that altogether.

Decentralized exchanges work on a peer-to-peer network, so there isn't a body governing the platform. 1inch being a DEX means that you don't need to verify your identity to use the service.

Overall, 1inch isn't a terrible service. It manages to tick all the crucial boxes for security and features, meaning that you won't find it lacking too many things. Having the flexible option to choose between a good variety of exchanges and tokens is a nice touch.

With that said, it isn't perfect. The fact that it's only available for iPhone users and not for US residents makes it a bit limiting for some people. Newcomers may struggle a bit at first, but it's nothing that cannot be tackled quickly.

Looking at the overall package, as long as you are eligible, 1inch is a good option for trading cryptos.