Dentacoin (DCN) is a native token of the Dentacoin blockchain. The project is aimed at reducing costs of dental care, improving the long-term effects of treating, and benefit all the participants of the dental health market. The market cap of the coin is relatively low, however, DCN is listed on a number of high-liquidity exchanges (namely Hotbit, HitBTC, Latoken, Mercatox, and others) and has strong positions in the DCN/USDT markets. Probably it is a result of the use case of the Dentacoin blockchain.

In this review, we will highlight the essential features of the Dentacoin project as a whole, we will learn if Dentacoin is a scam or a legit operation, and see the main characteristics of the token.

Dentacoin is considered to be the world's first blockchain project dealing with dental care. The service is international. The platform is designed to raise the overall dental industry level as Dentacoin can be used by patients for sharing their experiences and impressions. It is supposed that if someone is in doubt of whether she/he should choose a certain doctor, it is possible to read the reviews from the other patients of this doctor and make a decision. Another function of the project is forming the global knowledge base by dentists. In general, the platform is supposed to accumulate all kinds of knowledge about the overall dental industry. Besides the reviews, the company is running surveys aimed at improving the ways doctors and dental clinics address all kinds of health issues and do their service. 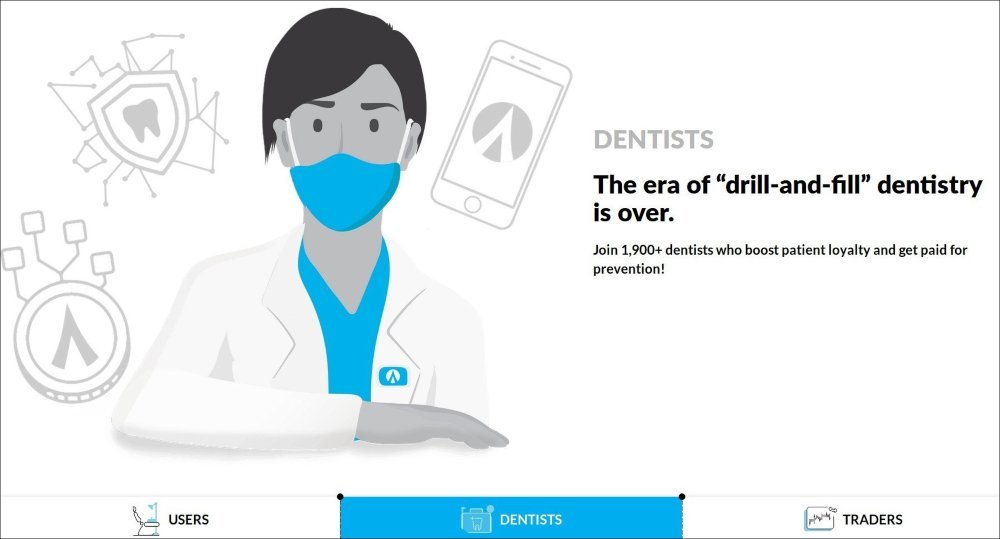 The project was launched in 2017 in the Netherlands. During the ICO, the company has sold only around 3% of the amount of the coins intended for sale gathering around $2 million. The DCN coin is meant to serve as payment within the network. Participation in the Dentacoin ecosystem life is rewarded with the DCN tokens. According to the website, there are roughly 2 thousand dentists registered on Dentacoin and over 200 thousand users. The Dentacoin company sees it as a vital step as roughly 80% of people around the world are locked out of the possibility of getting quality dental care.

Dentacoin creates a new approach to the health system making it more socialized while not forcing people to reveal their issues. Rather, it helps to share knowledge about healthy practices, diseases, qualifications of dentists, and so on.

The structure of the ecosystem has three pillars: dentists, users, and traders. The Dentacoin users can benefit from writing reviews for the platform and completing surveys. This activity is rewarded with Dentacoins and dental service discounts (in the case if users are treated by the dentists participating in the Dentacoin project). Dentists get the ability to maintain their reputation on the platform.

The interactions with patients can get more straightforward through the use of the decentralized platform and cryptocurrencies as a means of payment. Dentacoin apps can help both mentioned groups of people through the ever-growing knowledge base, mutual trust between doctors and patients, innovative payment solutions, and transparent reputational system. The DCN Assurance is centered on prevention. What's interesting is that patients are rewarded for healthy habits and keeping their teeth in good condition.

Dentists on Dentacoin can research the market using a free stats tool called DentaVox. A lot can be learned from the reviews from trusted patients. More than that, the platform brings patients and dentists closer and puts good health in the center. Doctors have a chance to get good scores (and get paid) for making people healthy, not for the high amount of visits. Dentists can use the Dentacoin widget generator displaying the reviews left by the patients a doctor used to treat.

Any dentist can create a free dentist account. The Dentacoin team verifies new accounts in three days at maximum. As the account is verified, the team contacts the doctor to help with the further establishment of the account. Doctors are recommended to inform their patients of the service to let them interact within the Dentacoin platform. Moreover, this will give a dentist her/his first feedback on Dentacoin. Each new dentist is granted a free promo on the platform including ads on Facebook and Google, etc. Doctors have access to all the Dentacoin applications (DentaCare, DentaVox, and so on). Another way the signed up dentists can earn is through educating their patients about oral hygiene. Dentists are rewarded in DCN coins for that while patients are also rewarded if they follow the advice properly. Basically saying, the network incentivizes those who improve dental health, not those who only care about drilling teeth and relieving pain.

DCN is an ERC20 token. It has hit the market in the summer of 2017. The price has been changing drastically over time. At the time of the overall crypto market peak (early January 2018), DCN has reached its all-time-high at over $0.007 per 1 DCN. The price has dropped below $0.0003 by early April of the same year. It had short rallies over the spring but failed to keep its positions on the market. Since the beginning of summer, it kept on declining slowly.

Projects like Dentacoin, which promised, uhhh, great things but had little to show for it, garnered hundreds of millions in value.

Look where they are now.

Is It Safe to Use Dentacoin?

As for the platform security measures, it seems that Dentacoin did quite a decent job in making the user data and funds safe and sound. Dentacoin uses multiple ways for data confirmation including Google Business API for doctors and SMS confirmation for patients.

Despite providing a decent platform, Dentacoin can turn out to be a scam, some think. The reasons for distrust are not totally baseless. There is a row of disturbing facts about the company. The smallest concern is that the company managed to sell only 1% of coins in presale followed by 3% more in the ICO. It turns individual experts to consider Dentacoin as a pump and dump instrument rather than a well-intended cryptocurrency.

Another fact that makes Dentacoin look suspicious is that the company is trying to conceal its Bulgarian origin. It was revealed that many of the clinics registered as partners of Dentacoin actually don't exist. They have fake Facebook pages created via the same email address. All these imaginary clinics had the same Bulgarian address. A Reddit user who had raised these concerns on the Dentacoin Reddit page was simply banned by the company.

The story above doesn't mean that there are no real clinics associated with the platform. Dentacoin actually operates however it is not clear if all of the partners are real and legit. The legitimacy of the platform itself is questionable, too. 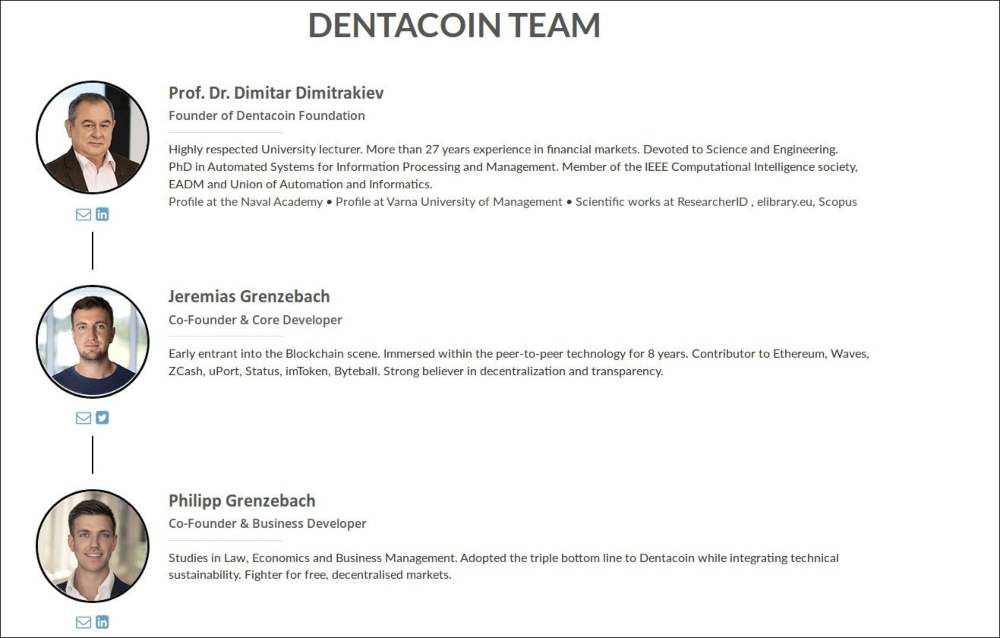 And, finally, the biggest concerns. The team of the company is believed to be partly Bulgarian while the rest of the Dentacoin members are East Europe residents. The very fact isn't disturbing. What makes some people think twice before using Dentacoin is the fact that the company is trying to portrait itself as a Netherlandic company. Another huge red flag is that Dentacoin team members lack medical experience and education and have false information in the Linkedin accounts.

A decent use case

It would be a huge mistake to buy it now