20 Most Expensive NFTs Ever Sold 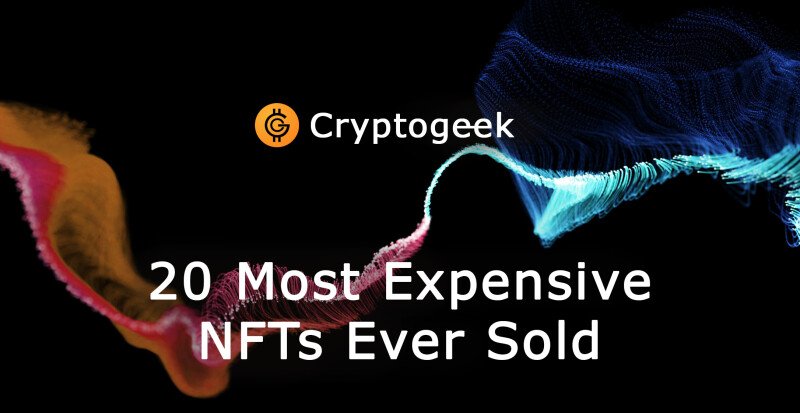 We've already covered the NFT phenomenon in general and in relation to investments; we've also taken a look at the most unusual NFTs that have ever been sold (a digital perfume and a permanent tattoo on a tennis player – what the heck was that all about?) Now it’s time to find out which ones cost the most money!

We start off rather modestly with (just over) $2M. This is the only Solana-native NFT in our list (and thus the one with the highest price) – all others were sold via Ethereum. SMB #1355 was purchased on October 1, 2021 by an unknown buyer.

Solana Monkey Business is akin to Bored Apes (we’ll get to that in a while) – a collection of randomly generated faces, although these ones are really low-def (24x24 pixels, so just enough to ignite the 8-bit nostalgia deep within us). #1355 really stood out from the crowd in terms of the price – other art works were sold for merely 379 SOL (about $63k). 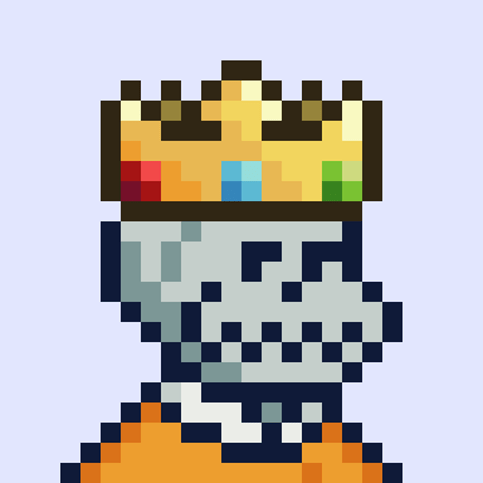 Meebits are a collection of randomly generated online avatars. This one is pretty unique – 0% of Meebits have no shoes and are dissected, while just 1% are dressed in a stylized hoodie, 4% have black pants, 9% are bald and 17% have athletic shorts. It also seems to be the only NFT on our list that was bought with Wrapped Ether (we’ve recently discussed what it is and how to use it). 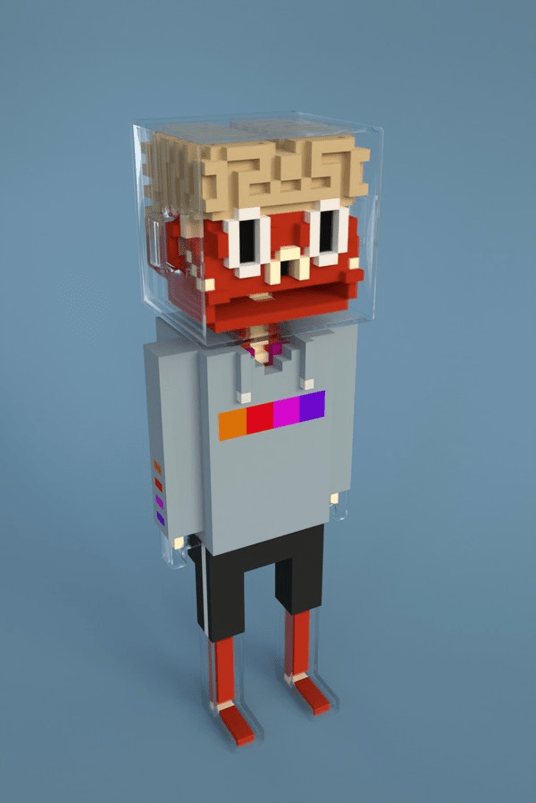 Bored Ape Yacht Club (BAYC) is a collection of 10 000 automatically generated images of… well, bored apes. The #8817 stands out among the crowd because of its gold fur (only 1% of images have that feature).

Celebrity endorsements played a huge role in the popularity of BAYC: they were championed by rappers (Eminem, Snoop Dogg, Timbaland) and singers (Madonna, Justin Bieber), footballers (Neymar) and TV hosts (Jimmy Fallon). We’ve talked about this in a recent article. Because of that, many people view BAYC as an elitist club (which it probably is), especially considering that owners of the images have access to private online and in-person activities. 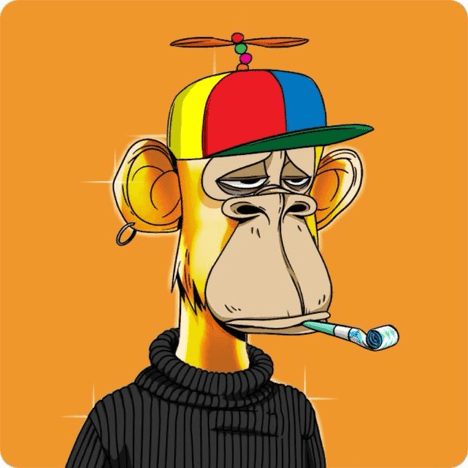 The decade-old funny dog photo which helped fuel the most popular meme coin (DOGE) also was sold as an NFT on June 12, 2021. The identity of the buyer is unknown, except for his/her Twitter account. It took only three days for the NFT to be purchased, and the money went to Atsuko Sato, the owner of the real-life Doge (the fact you can point to when somebody says “NFTs profit anyone but the creators of the original art piece”). 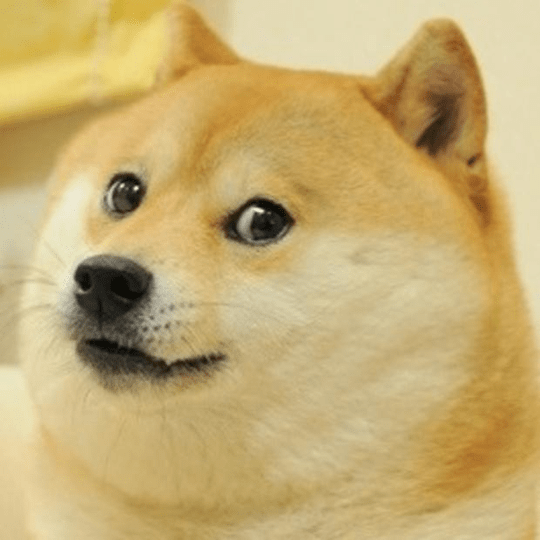 This NFT boasts the Token ID “1” on the Phillips website, since it was the first digital artwork to be sold by this auction house. It is a self-generating (once again) image of a photocopier in a house in downtown LA. The variations of the image on OpenSea include “ink explosion” or “bullseye” (an ax thrust into the monitor of the machine). The artist says that his work is “a metaphor for modern technology’s continuum”. The bidding was closed on April 23, 2021. 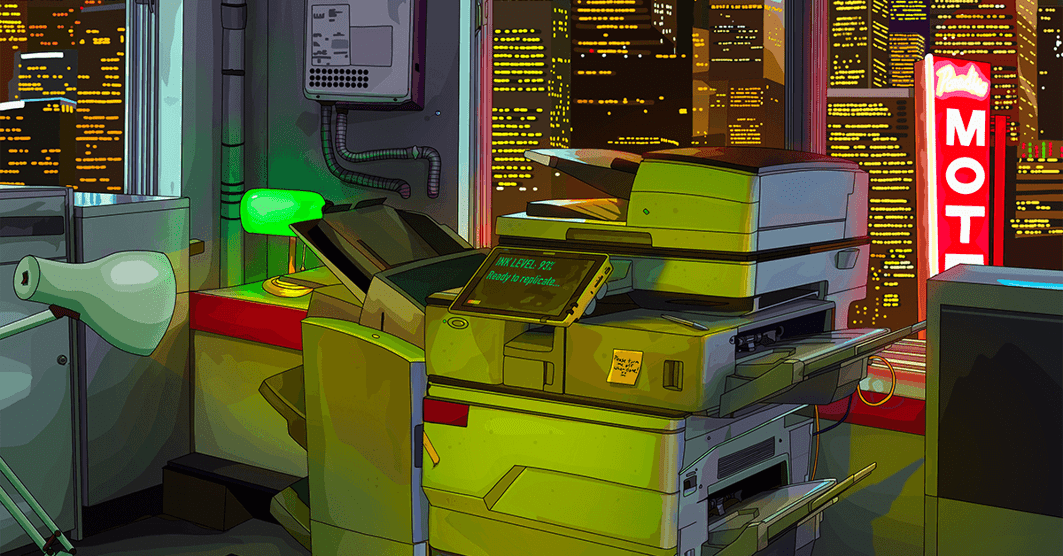 CryptoPunks’ image has become synonymous with the 2021 NFT craze. Like many other items on our list, they are a collection of 10 000 randomly generated images issued in 2017 (so the real oldies of the NFT world). This particular one belongs to the zombie crew, which contains just 88 Punks. It was sold on August 6, 2021 to an unknown buyer by an unknown artist – what an ambiance of mystery! 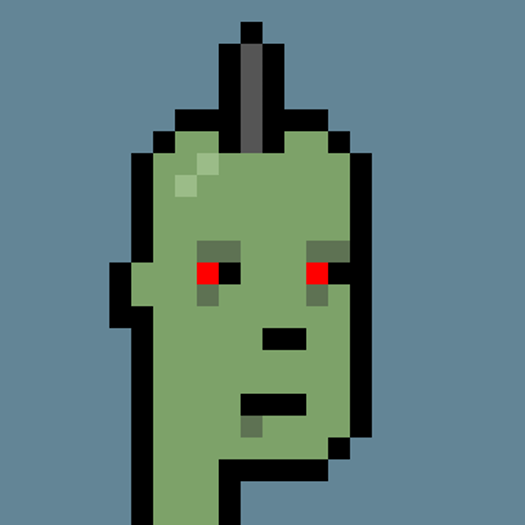 The most wholesome and useful NFT out there was minted by NooraHealth, a South Asian medical organization that teaches parents how to take care of their kids once they leave the maternity hospital. The art piece contains photos of babies whose lives were saved, and all the profits went to fund the organization's mission. It was purchased by the anonymous paulg1. The initial price ($2 million) was enough to save 2 000 lives, but the final bid ended up saving almost twice as much, so it is a win-win for both for the real world and the world of NFTs. 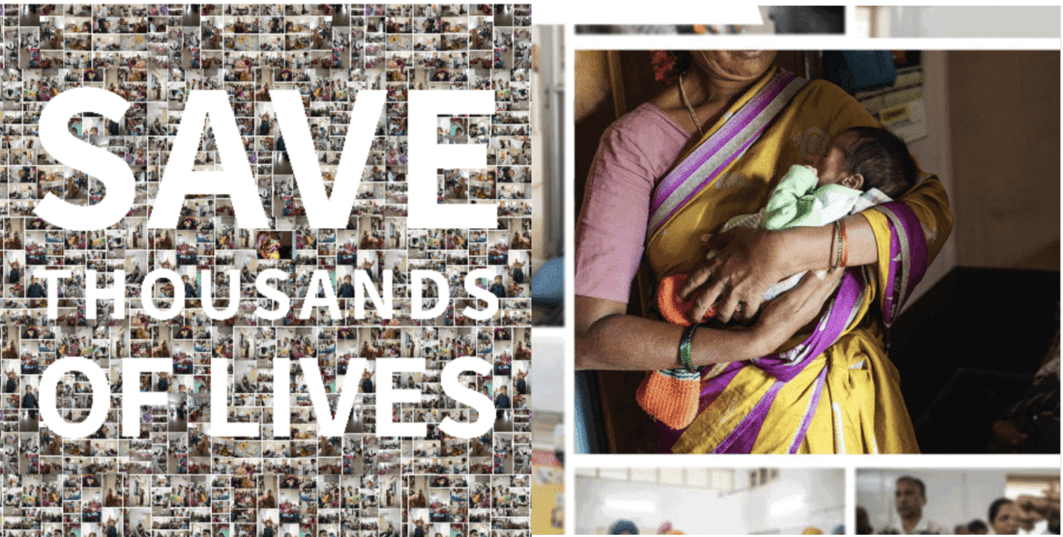 Turns out programmes can be artists too. This NFT is the original source code for the World Wide Web, the birthplace of the three protocols that really changed everything: HTML, HTTP, URL. In addition, it contains a visualization of additional 10k lines of code and a reflectionary letter of Tim Berners-Lee. The NFT was sold on June 30th, 2021. 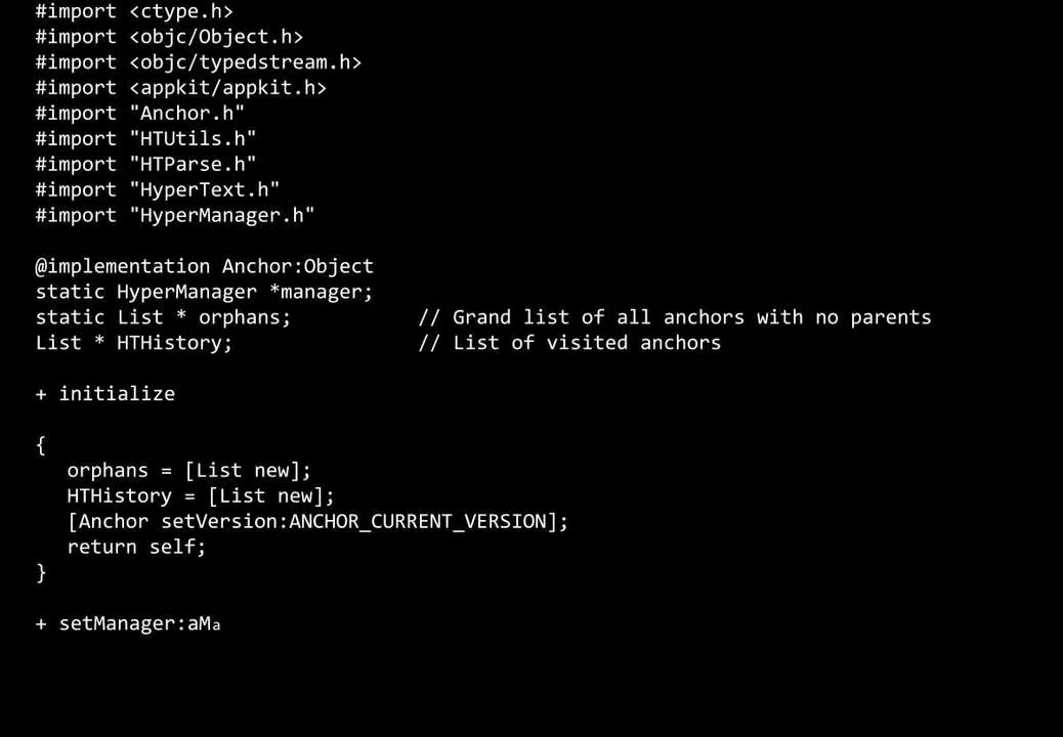 This NFT has a strong political connotation. No wonder – the minter is Edward Snowden (in collaboration with the Freedom of Press Foundation). The buyer is the already familiar PleasrDAO (see the “Doge” section above). It is a portrait of Snowden composed of the NSA’s decision that the Patriot Act does not allow for spying on American citizens (which was revealed to be untrue through the documents Snowden released in 2013) and also contains his autograph. “Stay free” was sold on April 16, 2021. 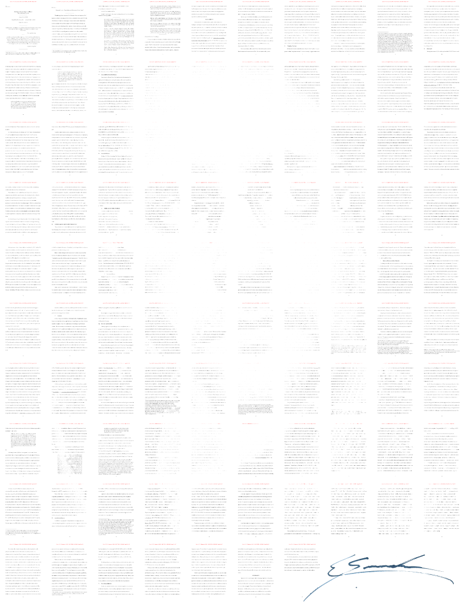 And another one! (c) This CryptoPunk was sold a week before his #2338 counterpart (July 30, 2021) and it is even more unique, since there are only 24 apes in the collection (kinda adds BAYC vibes to the whole thing, doesn't it?) This time we at least know the identity of the buyer – he (or she) goes by the name "Snowfro". 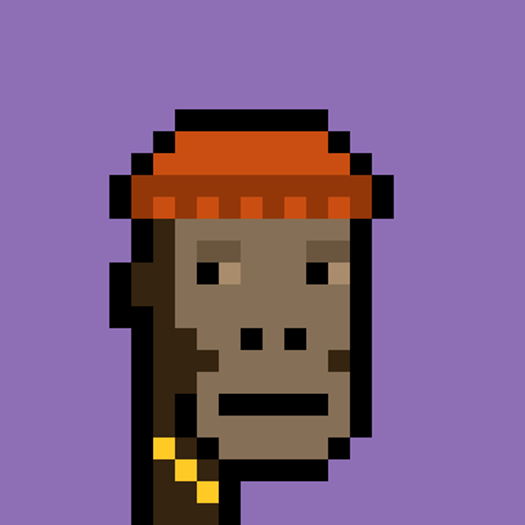 The second charity-related entry in our list and the first artwork by Beeple (spoiler: you’ll hear about him again at the very end of the list). It is a digitized version of the artist’s painting dedicated to the problems of climate change. “Ocean Front” was auctioned on Nifty Gateway along with 7 other works of Beeple on the same topic. 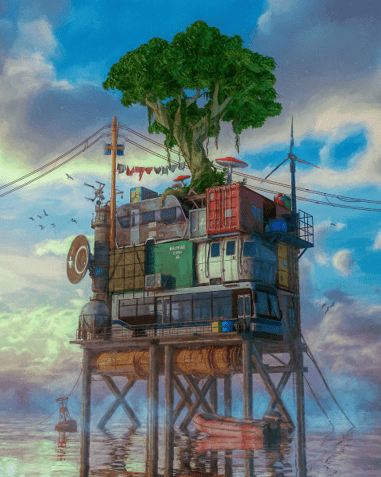 This NFT was sold on March 22, 2021 to Justin Sun – the only case where the buyer is actually a well-known figure in the crypto community. Sun is formerly the face of the TRON project, currently a diplomat to Grenada; we’ve touched a bit on his toxic media personality in our BTT price prediction.

This NFT looks more like the “traditional” modern art we’ve gotten used to. It was originally bought for just $220, providing the lucky reseller with a 3 200 00 % return in just 6 months (even though OpenSea charged a 10% fee of 210 ETH). 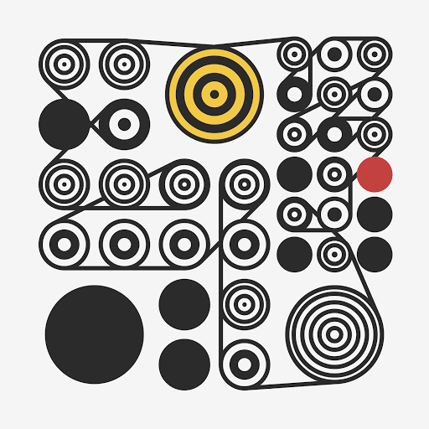 “Right click, save as” is an anti-NFT argument (why would I buy smth when I can just right-click-and-save it?) first turned into a meme and then into an NFT. Ironic, isn’t it? Technically, it is a weird-looking GIF minted by XCOPY (a London-based artist who, like Beeple, was prominent in the world of digital art way before NFTs first emerged). It belongs to Snoop Dogg since December 10th, 2021. The rapper also bought another NFT from the same artist in September and earlier on endorsed DOGE on his Twitter. Truly a crypto legend. 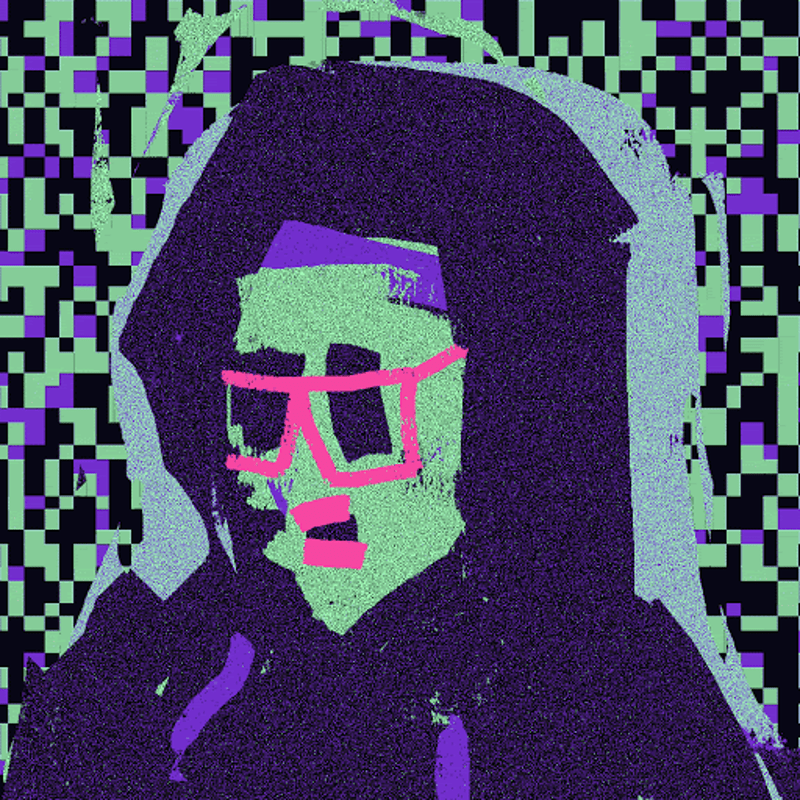 We’re getting into the territory of unique CryptoPunks – there are only 9 aliens among all 10 000 of them, and 3 are listed in our article! This one also has a cool pipe, so the (unknown) buyer must feel real satisfied. 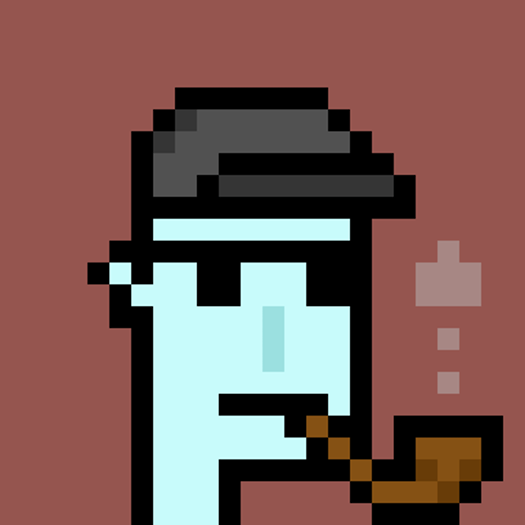 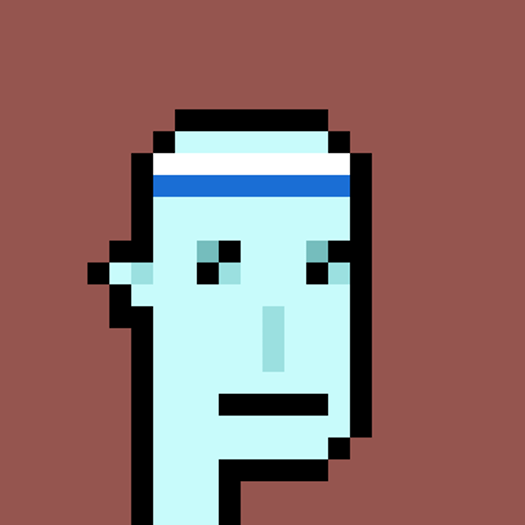 Do you recognize the monkey’s hat? Aside from that, #7523 can boast a cool earring and a medical mask (a symbol of our trying epoch). Sold on June 10, 2021 by Sillytuna to an unknown buyer. 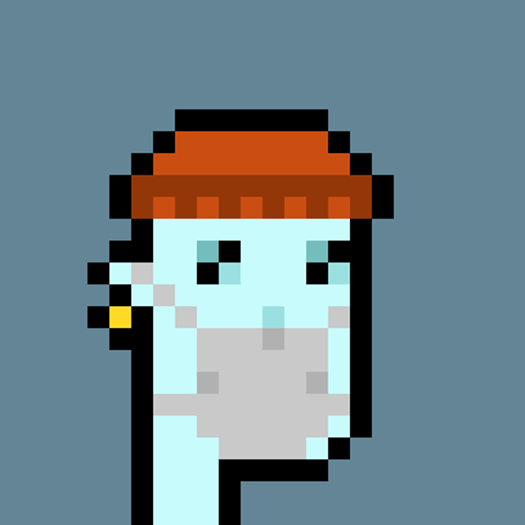 The first and only sculpture on our list! This alone would have been enough to make “Human One” curious, but it has also got a hopeful message – “the image of the first person born in the Metaverse”. It was sold on November 9, 2021 in just 3 minutes to an unknown buyer from Switzerland – perhaps because it was the first in-person auction by Christie since the pandemic. 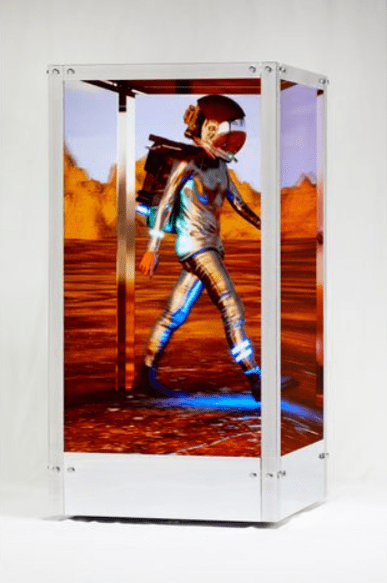 The latest entry on our list and the only one from 2022! “Clock” was sold on February 9 and instantly rose to the second place on our list.

This is another overtly political artwork – it’s an image of a clock counting how many days Jullian Assange has spent in prison. The buyer is the aptly named project AssangeDAO.

The creator of the NFT, Pak, is said to have given Beeple the idea to mint his first NFT (we’ll get to that guy in a second). Prior to his NFT career, Pak gained notoriety after launching Archillect, an AI program that searches for the most popular content on the net and publishes it to boost its popularity even further. So sort of a viral bot. 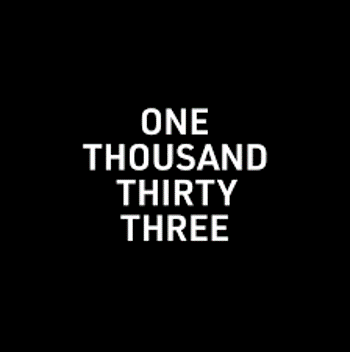 The art piece includes 5 000 images which Beeple has been creating on a daily basis since May 1, 2007 (usually of satirical content dedicated to politics and pop culture). It was purchased by MetaKovan (Vignesh Sundaresan), a programmer and crypto investor from Singapore.

The creator of the art piece is Beeple (Mike Winkellman), the NFT legend: he is arguably the face of the movement and undoubtedly the man who capitalized most on this invention. 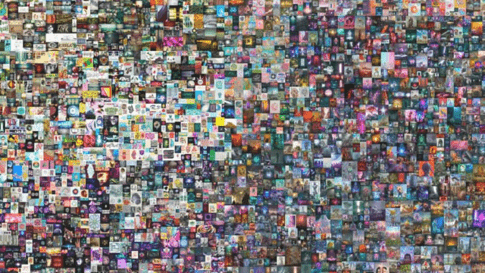 Finally, we’ve gotten to the non-fungible king! #1 and #3 on our list actually share the same creator – Pak.

The price of “The Merge” is comparable to the most expensive piece of (traditional) art ever sold, like the famous “Portrait of an Artist” (original price of $90.3 million). The record was set not that long ago – December 2021.

"The Merge" is not a single art piece, but instead a collection of thousands of units. These units were sold within 48 hours; the starting price was $299 per unit and it increased by $25 every six hours. 28 thousands investors managed to pool together an impressive amount of money. 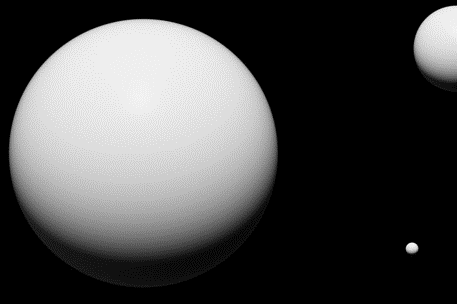 Seeing all these enormous prices, it’s only natural to want to jump on the bandwagon. Although the NFT craze has already passed, and the prices of digital art has been steadily declining this year, you can give it a go yourself on FTX on any other platform (OpenSea is the go-to).

It doesn't seem like the NFT market has the momentum to beat the highest price ever offered for a traditional piece of art – $110 million ("Flag", 2010). But who knows?

nft top
The opinions and assessments expressed in the text are the views of the author of the article and may not represent the position of Cryptogeek. Do not forget that investing in cryptocurrencies and trading on the exchange is associated with risk. Before making decisions, be sure to do your own research on the market and the products you are interested in.

Anja Schmidt
19 August, 12:34 AM
In recent times, technology has proven to be more sophisticated and just like any other currency that can be stolen or lost, crypto and other digital assets has proven to be more difficult to recover but not impossible, and just like searching for any other monetary currency, you need a trustworthy and honest agency or personnel who can track and recover the value lost or stolen, in my case I hired Assetsrepo. com, they followed the blockchain and was able to recover over 85% of my stolen funds within a couple of weeks. The fees for the services I received was fair and communication was excellent.
bitcoin (162) crypto (155) blockchain (107) cryptocurrency (104) cryptocurrencies (99) trading (77) guide (67) btc (67) altcoins (66) cryptocurrency market (65) cryptocurrency exchange (58) ethereum (55) binance (45) coinbase (34) hitbtc (34) price prediction (32) prediction (31) freewallet (29) price (27) mining (26)