Should I Sell My Bitcoin? Investor’s Guide 2022

As one of the oldest cryptocurrencies on the market, Bitcoin is also the most widely used one, making it also the one with the highest and longest trading history. Even though the story of Bitcoin’s price can be outlined in a sentence for most people, the ones that have Bitcoins and are still trading them will need a longer answer. 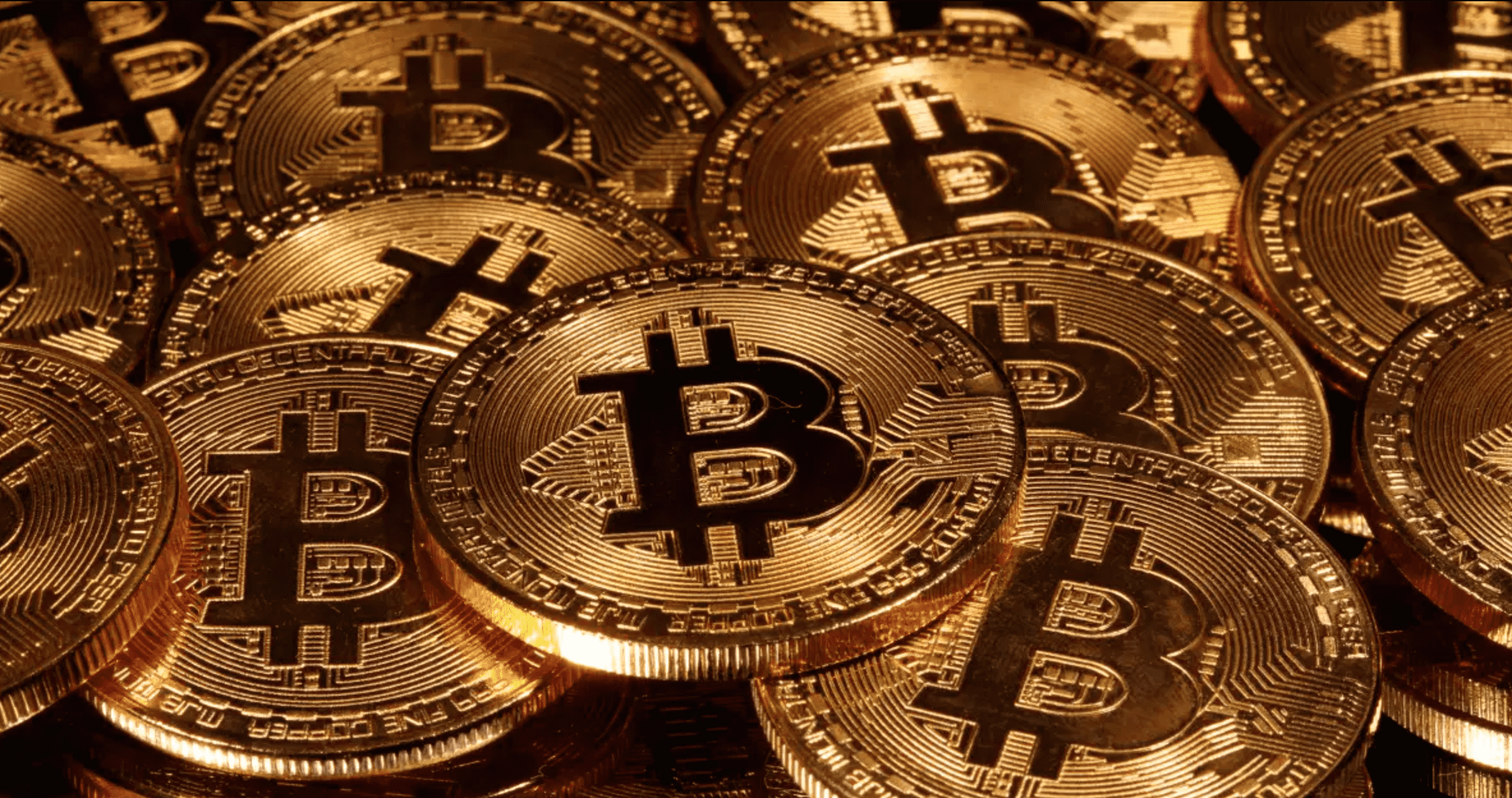 The main question that a lot of Bitcoin holders are asking these days is, “Should I sell my Bitcoin?” and the answer is slightly complicated. In today’s investor’s guide, I will cover several key aspects of how the price of Bitcoin changed in the past several years if you should or shouldn’t sell your Bitcoin, and how to do it.

Bitcoin has been around for over a decade, so many think there’s a lot to talk about. In reality, half of that time is pretty uneventful for the Bitcoin price, compared to recent years.

Bitcoin as a network and a virtual currency was introduced into the wild by a person or organization known as Satoshi Nakamoto. The name is very familiar, but the identity behind that pseudonym is still unknown. Bitcoin as a platform was first introduced in 2008, but the Bitcoin cryptocurrency first surfaced on the internet in 2009. What’s interesting is that unlike other cryptocurrencies today, there was no initial coin offering for Bitcoin. Instead, Nakamoto just released them on the network with the hopes that people will bite. That also meant that the coins had no value, and at the time of their release, they were worth $0.

The price remained the same throughout 2009 and the beginning of 2010. At that point, the coins were traded by users on Bitcointalk, and there was hardly any interest in them. There was an auction for 10 thousand Bitcoins for $50, which was unsuccessful because no one wanted to pay for something worthless. The lack of interest in virtual currencies surprised people when the value of the Bitcoin rose above the zero mark. In May that year, a purchase was made for two pizzas in Jacksonville that cost the owner 10 thousand Bitcoins. From that point on, roughly, the price began to increase and started a roller-coaster ride with tons of ups and downs.

Less than a year after the Bitcoin pizza purchase, the value breaks the $1 mark. Few months later, it manages to reach $31 before dropping down to around $2 at the end of the year. The next year things were uneventful, and the price saw a gradual increase until April 2013 when the price reached $266.

The next several years saw a steady increase in Bitcoin’s price until 2017, which many people consider the best and worst year for Bitcoin. Going into the year, the price broke the $1000 mark and continued to grow quite quickly throughout the year, noticing a drip in mid-September. The next two months saw the quickest and most significant increase in price in Bitcoin’s history, reaching almost $20000 in the second half of December. At this point, most people’s thoughts were: should’ve purchased those 10 thousand Bitcoins for $50 in 2010, myself included.

From that point, the price took a nosedive, and in about a year, it reached $3000 in December 2018. The following year Bitcoin’s price grew steadily, almost reaching $11000. By the end of 2019 and the beginning of 2020, the price was quite unsteady before settling down at over $7000. From that point on, the price grew continuously, reaching over $12400 when writing this article.

Should I Sell My Bitcoin?

How it’s time to answer the big question, should you sell your Bitcoins? That depends, and I’m going to explain why.

The first thing you should look at is the price at which you purchased your Bitcoins. For example, the 10000 Bitcoins offered in the auction in 2010 for $50 would have been worth almost $200 million in 2017, and with today’s rate, they’d be worth about $115 million. Both cases are a win scenario for you because you managed to increase your investment a couple of million times. 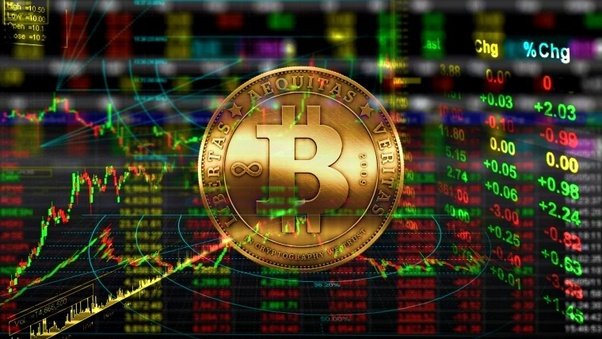 If you got on board the Bitcoin train a little later and didn’t purchase your Bitcoins for dirt cheap, then things get a bit more complicated. The first question you should ask yourself is, at what price should I sell Bitcoin? That depends on several factors, but there are two important ones. The first one is the price at which you purchased your Bitcoin. Selling the Bitcoin at a price lower than the one you bought it is not a good idea because you’d be technically losing money. This leads to the second reason, and that is how much profit you’d want to have. If you purchased your Bitcoin in a time when it was almost $20 thousand, then selling it now means that you’d be getting back only half of what you invested initially. On the other hand, if you purchased it for about $6 thousand, then your investment will double.

Now comes the big question: when should I sell Bitcoin? The answer to that becomes a bit easier. You can sell your Bitcoin whenever you want; the problem is if you get something out of it. As a general rule, Bitcoin or any kind of asset should be sold at the point when you will make a profit. In other words, sell your Bitcoin when the price is higher than the one when you purchased it.

The main problem with Bitcoin is its volatility. The price rose to almost $20 thousand in a few months and then dropped to less than half in a matter of weeks. In that scenario, some people had huge gains, while others had significant losses. As for Bitcoin’s future and the price, most predictions say that it will rise. Depending on who you ask, you may hear numbers like hundreds of thousands up to millions in the next several years. Even though Bitcoin can change its price, an increase that big is highly unlikely. A relatively normal prediction is that the price will continue to increase at a similar rate as it has been for the past two years. If you’re asking if it will ever reach its all-time high of almost $20 thousand, yes, it probably will in the next year or two.

How to Sell My Bitcoin?

How that we’ve answered the question “Should I sell my Bitcoin” now it’s time to explain how. Selling Bitcoin is relatively easy, and there are multiple ways to do it.

The most common way is through exchange sites. They are intermediaries where they will make sure that you send your Bitcoin, and the buyer sends his payment. Once both sides have done their part, the payments are released. When you look for an exchange, make sure it has the option to make a money transfer to your bank account.

The next option is a direct trade, which works similarly to the exchanges. There are multiple websites that act as intermediaries, where you post that you want to sell some Bitcoin and wait for an interested buyer.

Finally, there is the option to use the plain old ATM. With over 10 thousand worldwide and almost 9 thousand of them in the US, getting cash from a Bitcoin ATM is relatively accessible. You go up to the machine, enter the details, get the money, and you’re done. The problem is that there are some locations where that kind of ATMs don’t exist. It means that you’ll need to check online to see if there’s one near you.

If you want to buy or sell Bitcoin right now, then you can use the HitBTC exchange. HitBTC is one of the 10 largest cryptocurrency exchanges in the world. The exchange offers high liquidity and does not impose KYC measures on its users. The wide variety of altcoins makes it a great place to exchange and trade currencies of any kind.

Ever since Bitcoin started showing its volatility, a lot of people have begun to wonder if and when they should sell their Bitcoins. This guide will outline several vital aspects that you should keep in mind if you are one of those people. As a bonus, you also have a few suggestions about how to sell your Bitcoin if you decide to.

To summarize things up: try to sell your Bitcoin at a price higher than the one you purchased it. If you are not in a hurry or don’t need the cash immediately, follow the market, and see if the price will keep increasing. If you get a whiff of price drops, you can start selling.

bitcoin blockchain trade history price 2020 sell
The opinions and assessments expressed in the text are the views of the author of the article and may not represent the position of Cryptogeek. Do not forget that investing in cryptocurrencies and trading on the exchange is associated with risk. Before making decisions, be sure to do your own research on the market and the products you are interested in.