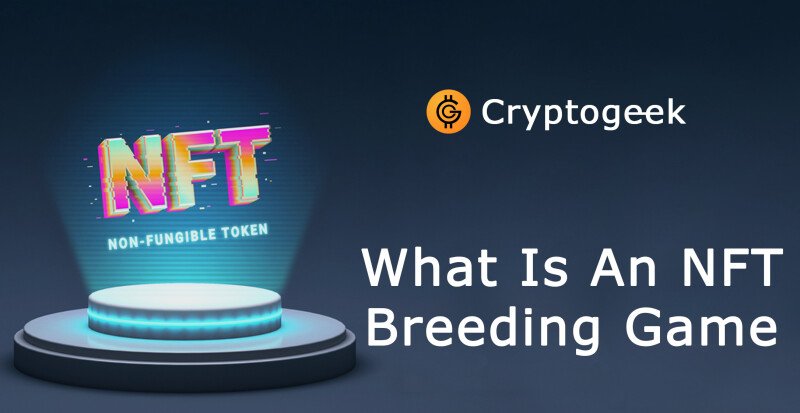 The world of GameFi is a deeply active community, pulling in players from all around the world and providing an accessible game-based financial system. Considering the success of blockchain gaming, now growing to generate over $2.3 billion in only one quarter of 2021, it’s no wonder that this industry is seeing trends and variations in development.

One of the most recent niches within this community that has come to light are games that use NFT monsters, animals, or creatures and then combine them with a breeding mechanic. In this article, we’ll be exploring this whacky trend, detailing what it is, and discussing the impressive gameplay mechanics behind this system.

Let’s get right into it.

What is an NFT Breeding Game

Within the world of GameFi, digital assets are normally distributed to players through two main formats. The first of these is cryptocurrency, with a Play2Earn game having its own native token that they award through the gameplay. The second is personalized NFTs, with many games making them an extension of the gameplay itself.

For example, one of blockchain gaming’s biggest titles, Axie Infinity, allows you to find, collect, and capture monsters called Axies. While these are primarily used as characters to fight against other players, with each unique Axie offering a specific skill set, they also include a breeding mechanic. If you don’t want to sell your Axies on the global market, you’re able to breed them with other Axies that you’ve collected, creating a new NFT from the mixing of two unique assets.

The following Axie that you produce will have some mixed traits or qualities from the first generation, with each offspring being similar to their parents. With this, users can continually create more NFTs, allowing for the meta of the game to morph and change over time.

While Axie Infinity is the largest example of an NFT breeding game, they are far from the only one, with several popular games with this mechanic arising over the last few years.

For those that only just learned what NFTs are, we understand where you're coming from.

While this mechanic is definitely on the stranger side of things we’ve seen so far in the development of NFT gaming, it’s not actually as crazy as you might think.

On the contrary, there are actually several core benefits of an NFT breeding system in an online game:

As you can see, the breeding mechanic goes beyond just a gimmick, actually providing direct benefits to the gaming system where it is introduced. By far the most important of these benefits is the idea of preventing stagnation, with this mechanism bringing an aspect of natural progression to the game.

What Other Games Are Using An NFT Breeding Mechanic?

You may be surprised to find out there there are actually a wide variety of different games that center their content around this mechanic. Titles like Chicken Derby, Foxy Equilibrium, and CryptoKitties all take a similar stance as the aforementioned Axie Infinity.

However, this mechanic is also used in games as an additional form of content, not the entire gaming experience. For example, in Arker: The Legend of Ohm, players are able to explore a diverse world, fighting against other players or teaming up and fighting hoards of enemies. A player is always accompanied by pets, which are all NFT assets.

Instead of being the whole content of the game, breeding within Arker is just another aspect, allowing developers to further the complexity and depth of one area of their content. Instead of players being faced with stock options for pets, this mechanic allows them to create something they want, breeding until they find a pet that works for them.

Although NFT breeding is definitely not a phrase I thought I would have to type anytime soon, it's actually become an incredibly valuable aspect of GameFi titles. As shown by the above examples, this mechanic brings further richness and depth to a title while also expanding the content in a potentially endless method.

Over time, we’re likely to see this mechanism used in a variety of different contexts, expanding the overall depth of NFT gaming as a whole and further innovating this industry niche.

nft nft breeding gamefi
The opinions and assessments expressed in the text are the views of the author of the article and may not represent the position of Cryptogeek. Do not forget that investing in cryptocurrencies and trading on the exchange is associated with risk. Before making decisions, be sure to do your own research on the market and the products you are interested in.