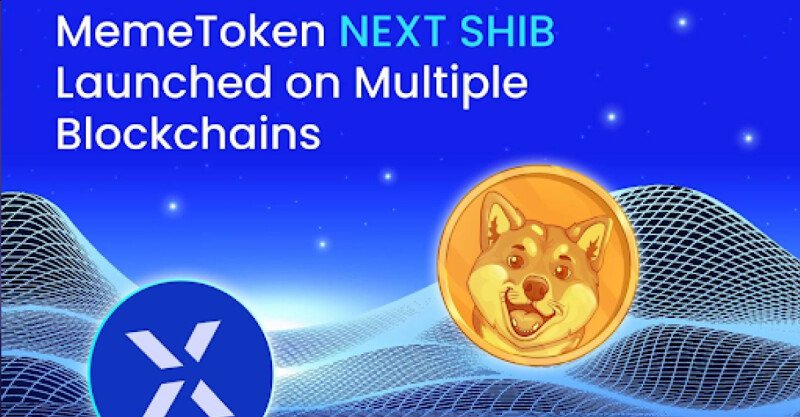 Next generation MEME token about to go public!

DeFi’s newest cutest meme token announces the launch of its public sale. The mascot of the new, ultra-fast ultra-cheap NEXT Smart Chain has arrived.

Deflationary on every transaction (5%) and with no other tax, no team tokens, and starting with a very low market cap, this meme token is lifting off to visit it’s Nextronaught NFT siblings in orbit (#Nextronaughts are coming down to play in the #Nextverse very soon!).

In recent years meme tokens have emerged to become more popular than many mainstream cryptocurrencies, thanks to their unique mass appeal. NEXT SHIB is the newest entrant into the meme coin space so far ruled by DOGE and Shiba Inu. The tokenomics and the underlying operations of NEXT SHIB, however, differ vastly from the rest of the meme coins, powering NEXT SHIB with rocket fuel. The token follows a deflationary model where the total supply of 100 billion tokens deflates every time a transfer is made, but with no other reservation of tokens for any purpose other than to permanently lock its liquidity (yes permanently!). It also has a low initial market cap of less than $500K.

This ensures a steady growth in value and wealth accumulation possibility for early adopters. The private presale was a success and the public sale opened today, until the end of January. NEXT SHIB token is available on the Ethereum Network (ETH), Binance Smart Chain (BSC), and on its own native NEXT Smart Chain (NSC).

The Blockchain Built for Scalability

The NEXT Smart Chain is a third-generation blockchain network that has clear advantages over Ethereum and Binance Smart Chain. With a clever combination of Directed Acyclic Graphs (DAG) and Byzantine Fault Tolerance (BFT) technologies, the network manages to achieve a speed of 300000 transactions per second (yes 300K tps) and a persistently low transaction cost of circa $0.0001 per transaction - the lowest fees in the current market.

NEXT Smart Chain is fully compatible with the Ethereum Virtual Machine (EVM), so all ERC-20 tokens and decentralized applications can function on the NEXT Smart Chain (yes – all DAPPS will just work). Just like NEXT SHIB, the NEXT Smart Chain (ticker: NEXT) has a very low market cap of less than $1 million and a fixed token supply of 30.3 million NEXT, while it’s competitors reach over $1 billion in market cap.

The unmatched scalability and transaction speeds offered on this blockchain make it the ideal network to deploy the next generation of NFT and NEXT Metaverse projects. With NFT gaming and trading within the Metaverse becoming the highly anticipated products of Web3, projects using NEXT Smart Chain will be poised to uniquely benefit from its robust underlying architecture to provide a healthy user experience to early adopters. The smart chain will launch with over 200 independent validators, making it a very decentralized and secure blockchain.

With the launch of the NEXT SHIB once the public sale completes, NEXT Smart Chain will transform the market as a centre of excellence for metaverse innovations & crypto projects.

The future is bright – come and see what’s NEXT !! 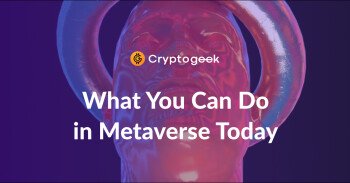 What You Can Do in Metaverse Today

Jul 07, 2022 0
ethereum binance nft meme nft market next shib next smart chain ethereum network binance smart chain
The opinions and assessments expressed in the text are the views of the author of the article and may not represent the position of Cryptogeek. Do not forget that investing in cryptocurrencies and trading on the exchange is associated with risk. Before making decisions, be sure to do your own research on the market and the products you are interested in.