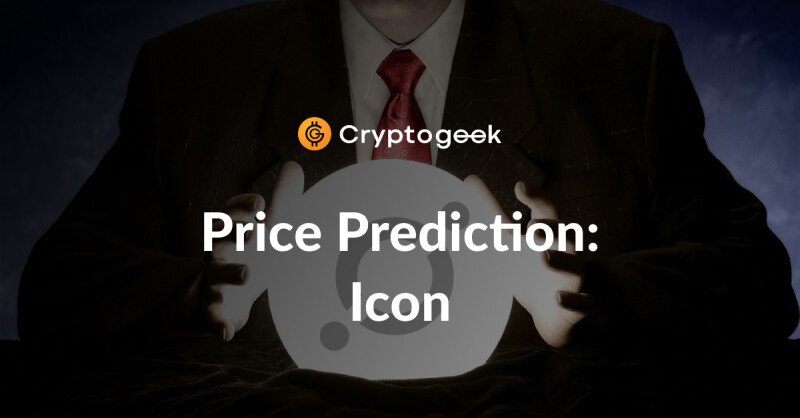 The overall number of blockchain platforms is excessive. The new interesting projects continue to emerge. We have more and more digital currencies options. All these projects strive to critically improve this or that sphere of our lives although most of them are yet to achieve any real goal. The world full of separate blockchain services using different algorithms and tokens can seem too complex, unhandy, or even chaotic to some extent.

Happily, the solution to this hypothetical problem is already on the way. There are decentralized platforms aimed at building bridges between other blockchain-based platforms and making the use of these platforms easier without doing harm to security. One of the prominent projects dedicated to cross-blockchain communication and the connecting blockchain structures to the real world is ICON.

The platform was created amidst the growing interest in numerous cryptocurrencies and decentralized platforms in 2017, the right time when it was already obvious that the blockchain infrastructure needs better communication inside and outside. More than that, it was the right time because in 2017 ICOs were the thing and ICON managed to get into the spotlight and boost the value of the ICX coin. After the decline of the late 2017 crypto market wave, ICON alone with other cryptocurrencies lost much of its market value. Of course, that wasn't the final stage of the ICON's life. After reaching the maximum value, ICX was in the downtrend for two long years and finally started to grow again in 2020. In the beginning of 2021 the entire crypto market started to grow rapidly and ICON wasn’t an exception. Let's see which path the ICX price went through and what to expect in the future. However, we will start with the review of the ICON platform to understand better what drives interest in this coin.

ICON was launched in 2017. The ICO started in September, not long before the incredible surge of the entire cryptocurrency market when its capitalization reached its historical maximum. ICX can be used for staking and participating in voting in order to improve the ICON ecosystem. The ICX holders elect block producers. This system is similar to the EOS ecosystem governance. This type of consensus is known as the Delegated Proof of Stake.

Currently, ICON is the biggest and one of the most successful cryptocurrency projects launched in South Korea. It has a row of significant partnerships. For instance, ICON works with Nonghyup Bank and Woori Bank — the biggest Korean banks. They cooperate with the ICON in the development of banking use cases. One of the biggest foreign partners of ICON is the Japanese company LINE which is famous for the eponymous social networking with over 2 million active users. ICON and LINE work together on the Unchain project aimed at the deployment of the DApps network. This partnership creates an opportunity for the quick expansion to the Japanese market via the user base of LINE.  Another example is the partnership between ICON and successful life insurance-related blockchain company KYOBO. Moreover, ICON has ties with the local Ministry of Science. Additionally, the company is a member of the Capital Market consortium alongside Samsung and other tech giants. As of early 2019, there were roughly 100 businesses working with ICON.

Considering the fact that Korea is going to eliminate cash money, a notable blockchain project capable of maintaining the IDs of citizens is vital. ICON is providing the technology that can help the government with the task of creating an operable electronic ID system. The technology is called Blockchain ID (Chain ID). ICON can be used for secure on-chain data storage. The identification data can be stored and used via the MyID service created by ICON. This service can turn a KYC process into a task solved in a couple of clicks. Additionally, ICON is bringing a new election solution known as Vote ID. If implemented on the governmental level, this feature will become the next generation voting system of South Korea. The Seoul Metropolitan is going to host all the applications using the ICONloop (the ICON parent company) infrastructure. It means that diverse blockchain projects in Seoul will use ICX. Another ICON feature is the S-Coin Payments system which is aimed at a more comfortable shopping experience. Moreover, the ICON platform is going to host Security Token Offerings. The ICON network is also capable of hosting decentralized applications. The ICX coin can be traded on the ICON decentralized exchange. And finally, the functionality which we have mentioned in the very beginning — the connection between different blockchains and companies is realized via the ICONSENSUS. ICON Republic is going to be an Internet of blockchains. However, the founders of the company are not in a hurry and say that first, they are going to use their technologies to improve life in their homeland, Korea. Eliminating the barriers between blockchains and between blockchains and the offline reality can play a crucial role in the blockchain mass adoption and changing the face of economic practice forever. So it's hard to overestimate the importance of the ICON mission.

The past of the ICX price can hardly be called as successful as the work of the ICON's developers. The coin had its ups and downs and currently is in the first persistent positive trend since 2018. In October 2017, when the ICON coin first hit the market, its price was around half of the US dollar. On November 1 the price has already reached $1. The price was growing gradually and by the middle of December, it reached $3. Several hugest crypto exchanges including HitBTC, OKEx, and Binance, added ICX to their lists. As a result, ICX started to grow faster. The price was volatile those days, traveling from $2 to over $8. In early January the price of ICX crossed the $10 border and finally reached its maximum on January 8 ($12.64). Then the price started to decline. Since January 30, 2018, the ICON coin price has never ever reached $10. On February 5, the coin already fell to $2.58 at its low.

In February, the price was around $4 most of the time and dropped below $3 by March. It had a short surge in the final third of the month, but then the price dropped again. In April, the Bitcoin price started to grow pulling the rest of the crypto market up. ICON wasn't an exclusion. In the first half of May, the price was above $4 but then it went down following the respective BTC price decline. The summer of 2018 was harsh for ICON investors as the price was low even when BTC had its spikes. In late May the price dropped below $3 and then it became less than $1 by the beginning of August and continued to decline. In September and October, ICX was traded at around 60 - 70 cents. By December, the price was already below $0.3. This pattern resembles the trends similar to the trends Bitcoin had at that time. Only in March (when the BTC price headed up), ICX gained $0.3 again. In April it even got to slightly above $0.4. In general, this mark at around $0.4 was actual until July when ICX started to dip below 30 cents. Until late September the price was above 20 cents, and then it dropped below.

In December the price was close to $0.12. In early 2020 the cryptocurrency market began to grow. This trend reflected in the ICX price positively. In the second half of January, it gained a $0.15 value and hit $0.2 by February. Soon the price climbed up to 50 cents but then dropped to around $0.45. In March it declined further and then after the panic at the market caused by the oil crisis, the ICX price fell to $0.16 on Black Thursday (March 12). As you probably know, in those days the traditional banking system and fiat money experienced a serious shock while cryptocurrencies began to grow. ICON wasn't an exclusion. During the spring, its price was around 25 - 30 cents. In June it had a firm support level of 31 cents. By the late August the price had doubled. In September, the ICX price declined. Until November the price was fluctuating between 30 and 40 cents. In December, the price exceeded 40 cents and continued to grow. On March 31, ICON was $3.1. In the summer the price dipped below $1. There was a rally in the fall when coin crossed the $2 mark again, however, in the winter the crypto market began to decline so did the ICON price reaching around 77 cents per coin by February of 2022.

Now, we shall look ahead and try to figure out what investors should expect from ICX. In past years the market performance of the coin didn't match the successful work made by the ICON team. There are even almost no relevant reviews on this project written in English for the past 3 years. Some blame the poor marketing campaign for this. However, the latest events can drive more inspiration for those who have sympathy for ICON.

Now, ICON is deploying numerous collaborative projects with other successful companies and the government. No doubt, it will grow bigger by the end of 2022. We expect the ICX price to reach $0.94 at worst. As South Korea already has such an alley as ICON, they will continue collaboration making the platform stronger. Moreover, the company will finally expand abroad. The price might reach $1.53 or even more by the end of 2023.

If the ambitions of ICON will get fulfilled, it can become an important international platform and one of the leaders of the blockchain industry. If so, the price might go far beyond $2.3 by the end of 2024 and reach $3.6 a year after. By 2029, the coin will probably regain its historical maximum ($13) and reach up to $22.99 by the end of 2030. 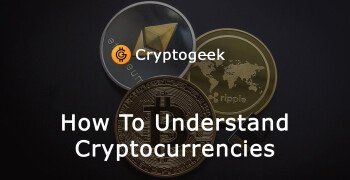 Aug 04, 2022 1
altcoins price prediction price okex prediction cryptocurrencies icon icx cryptocurrency market hitbtc
The opinions and assessments expressed in the text are the views of the author of the article and may not represent the position of Cryptogeek. Do not forget that investing in cryptocurrencies and trading on the exchange is associated with risk. Before making decisions, be sure to do your own research on the market and the products you are interested in.