How to Mine Monero - Ultimate Guide 2021 by Cryptogeek 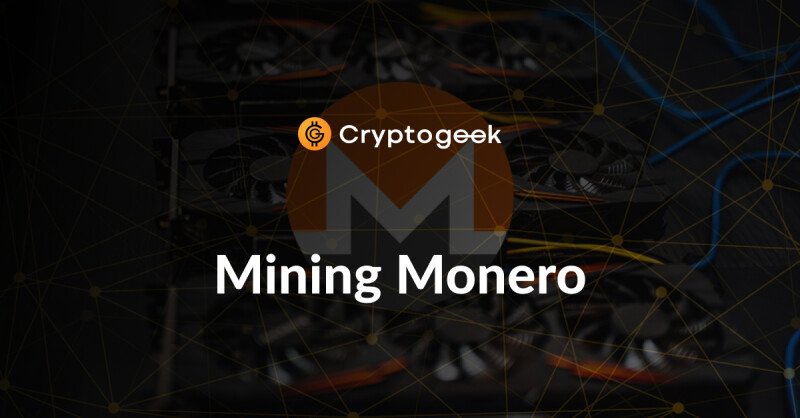 There are many coins out there that are still mineable by crypto enthusiasts at home. People without mining farms make a profit using their GPU rigs. They don't mine BTC, of course. One of the cryptocurrencies that can be (and is) mined without the need to own an industrial-level data center is Monero. Mining of this coin can be profitable, however, it depends on the equipment used for mining, electricity costs, and other factors. Monero is a popular privacy-focused cryptocurrency. It boasts a strong community of users and is listed on many huge crypto exchanges like HitBTC, Kraken, Binance, and so on — there is no problem selling freshly mined XMR coins.

Monero is an open-source cryptocurrency launched in 2014. Originally the coin was forked from Bytecoin, a cryptocurrency based on CryptoNight function. Later the coin was developed by the Bitcointalk community enthusiasts. In 2016, the privacy excellence of the Monero network contributed to the quick growth of the coin's popularity. In 2017, the amounts of XMR coins sent in transactions became invisible for the side people. 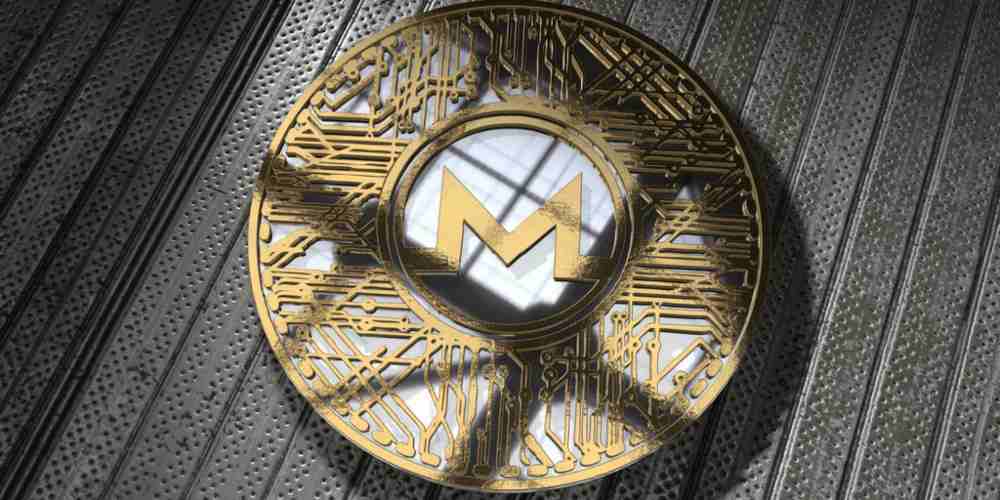 As Monero is only a medium of exchange and a store of value facility, it offers some distinct features supposed to fix the downsides of Bitcoin. For instance, Monero transactions are barely trackable. The amount of sent coins in the transaction, the sender and the receiver are not recognizable for people that do not participate in the transaction. To address the alleged weakness of the Bitcoin network's decentralization, Monero developers work on constant ASIC-resistance of the Monero network. On one hand, this makes the network distributed between a vast amount of home miners providing a high level of decentralization, on the other hand, practically this approach doesn't guarantee anything. A bright example is the comparison of Bitcoin and Bitcoin Gold. ASIC-resistant Bitcoin Gold was subjected to a successful 51% attack while Bitcoin (BTC) which is mined in a few big mining pools has managed to stay secure. Another crucial difference between Monero and Bitcoin is that the latter has a fixed total supply hence it is deflationary by nature. Monero's supply is not limited. There are splits over which approach is better though. As the supply of XMR hits an 18.4 million level, the system will start generating 0.3 XMR per minute infinitely. One more difference between Monero and Bitcoin is that Monero is fungible. It means that all the XMR units are fully interchangeable. Bitcoin is non-fungible meaning that if you can't have the same BTC twice. As the BTC transactions are trackable, each unit of Bitcoin has its history written in the ledger while Monero transactions information is concealed.

I think you should look into XMR @Snowden it has a lot of benefits compared to bitcoin. Primarily its privacy based architecture. The currency is also resistent to asic miners, keeping mining a profitable endeavor for regular people.

A number of Monero's features resemble Bitcoin's characteristics. Both currencies rely on the Proof-of-Work protocol and are decentralized digital money networks. Both networks were designed to be anonymous. However, as we all know, Bitcoin didn't succeed in this task that much, Monero is way more anonymous. Monero provides stealth (one-time) addresses. There is little to zero chance to relate a certain Monero wallet address with a person who owns it. Both coins are independent of organizations and countries. Both Monero and Bitcoin have been successful in keeping the security of transactions and safety of funds of people who own these coins throughout the time. The key Monero architects were prominent in the Bitcoin network development prior to creating Monero.

As Monero is based on the Proof-of-Work protocol, mining means a lot to the network — miners validate new transaction blocks making the money flow possible. The block time on Monero is 2 minutes 3 seconds. The block reward is nearly 1.26 XMR. More than that, the miner receives a small transaction fee paid by the person sending XMR. These rewards incentivize miners to make sure that the new transactions in the network will be kept validated all the time. The current hashrate exceeds 1.6 Gh/s. Both CPU and GPU mining rigs are capable of effectively mining Monero, however, GPUs are understandingly more efficient. Selling Monero is not a problem as the coin is widely available on most big exchanges whether it's HitBTC, Kraken, Binance, and so on.

As Monero is ASIC-resistant, the investment in XMR mining can be relatively low. Taking into consideration the high value of the coin at the market, Monero mining appears to be a profitable enterprise. Of course, the profits heavily depend on the electricity costs as they differ from place to place making certain countries preferred locations for mining over others. Happily, most mining pools provide profit calculators that consider the electricity expenses so you won't probably start mining XMR if you see that it's no good because of the outgivings.

It is possible to mine Monero solo, however, if you don't have a powerful mining rig, you won't likely stand the competition against mining pools. Joining a mining pool is a more sound way to get profit although the reward gets split between other pool participants. Another factor decreasing the reward is a mining pool fee that doesn't usually exceed 2%. The rewards distribution is organized differently however in general it is likely that you will receive the rewards correlating with your hashing power contribution. The more power your rig has the more money you'll get.

There are quite many pools supporting Monero mining. See the list of several popular pools below. The pools are ranked by the number of active miners. The more miners are in the pool, the bigger chance of finding a new block is.

If you can invest a lot of money into a powerful mining rig, then you can try competing with the pools and mine solo. Consider the current Monero hashrate (as of mid-December 2020 it's 1.6 Gh/s). If it's close to the power of your rig, then you will be able to succeed without the necessity to mine in the pool.

Now let's see what hardware is good enough to join the pool and start earning some XMR rewards. Hopefully, they will cover the electricity expenses and some net profit will land in your pockets. It's important to make sure that the entire enterprise is worth the hassle! 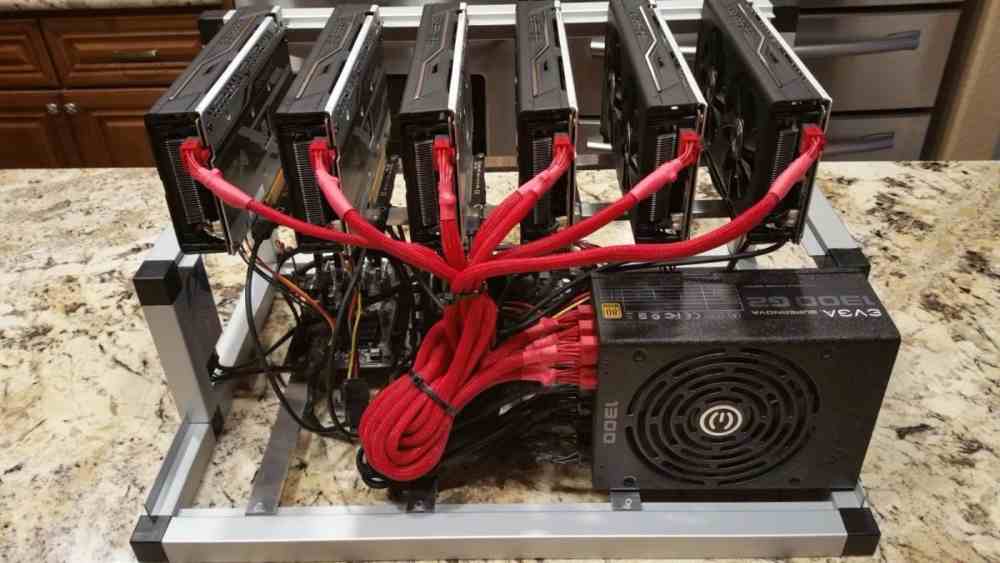 You can mine Monero even using your central processor (CPU). The power of the processor determines if mining is profitable. AMD processors are capable of providing much power. Some popular models are AMD THREADRIPPER 3990X (48,000 to 64,000 H/s), AMD EPYC 7742 (44,000 H/s), or a cheap option such as AMD Opteron 627 providing only 415 H/s. Xeon processors are also worth noting. For instance, DUAL XEON PLATINUM 8160 ES is capable of reaching a hashrate of 18,600 H/s. Some RYZEN CPUs are about the same capacity. Note that even having a cheap processor you will probably be able to have a profit if only the local electricity costs are not making your rewards worthless.

You can check the potential profitability of your mining equipment via the benchmark feature and mining profitability calculator. Most mining pools and other services associated with cryptocurrency mining offer such solutions. We stress that you shouldn't waste your time if mining is not profitable so it's better to make sure you are going to get paid well before you start mining.

However, if you want to get a higher hashrate while investing less money, a GPU-based (video cards-based) mining rig will be a better solution. AMD graphic cards are a popular choice among miners. If we consider not expensive options, AMD R9 280x and AMD Radeon Rx 580 are among the GPUs preferred by miners.

Another company producing GPUs that are actively used by miners is Nvidia. Spending several hundred bucks for buying one of these cards can be a solid investment resulting in good returns. GTX 1070 and GTX 1080 are quite popular among miners.

ASUS AMD Radeon RX 5700 is recommended for those who need to cut as much energy consumption as possible. Other picks for Monero mining include Sapphire Radeon RX Vega 64, ASUS ROG Strix GeForce RTX 2080 Ti OC, and XFX AMD Radeon VII.

To increase mining capacity, you can overclock the video cards carefully. It's important to take care of GPUs' cooling. The lack of cooling can lead to overheating of the equipment or even to fire. The room full of GPUs busy mining cryptocurrencies gets very hot quickly. The noise in the room is one more thing to be ready for.

If we speak about the mining software, we should say that there is no shortage of Monero mining apps. The list includes CCMiner, MinerGate, XMR-stak (CPU and GPU versions), Crypto Miner, NeoNeonMiner, AA Miner, and XMRig. Some of these apps are created exclusively for Monero mining while others (e.g. Crypto Miner and MinerGate) are suited for mining different coins. Some apps are terminal-based while others presented in a form of a user-friendly GUI. Note that different mining apps can affect the potential hashrate of your equipment. It's better to do the research and read about different miners and pools to figure out which one fits your hardware the best.

It's important to remember that the same hardware, software, or mining pool can give different results. You should consider as many factors as possible. The local electricity costs can affect the profitability, certain apps can limit the processor's capacity, some pools can take too high fees or provide unfair payouts — all these and other things can influence the results so check the info precisely. Happily, there are many posts and articles that can help to set a decent Monero mining rig. 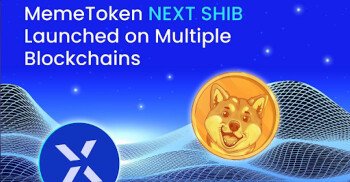 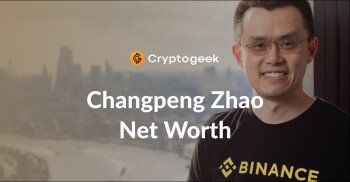 The Richest Man on Earth? Changpeng Zhao Net Worth | Cryptogeek

Jan 11, 2022 0
tutorial mining binance monero hitbtc privacy minergate xmr ccminer xmr-stak
The opinions and assessments expressed in the text are the views of the author of the article and may not represent the position of Cryptogeek. Do not forget that investing in cryptocurrencies and trading on the exchange is associated with risk. Before making decisions, be sure to do your own research on the market and the products you are interested in.