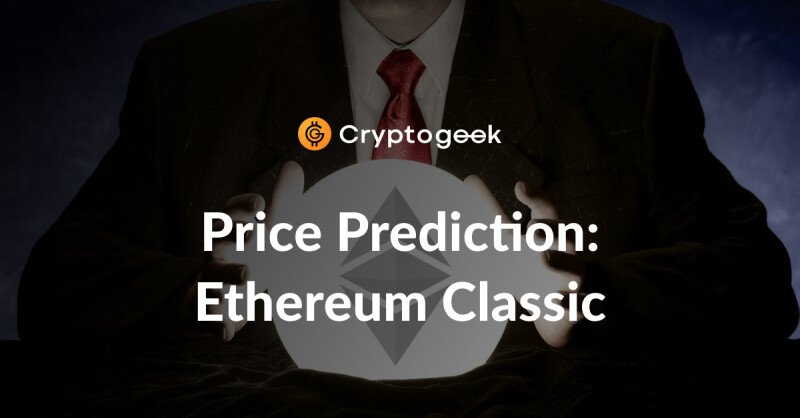 The overall trajectory of the price of this currency is quite a regular one. It had an enormous boost in December 2017, then lost a huge portion of its value in 2018 and had a positive trend before March 13, 2020 — the day of the biggest cryptocurrency market downfall in history. We need to analyze some details of the Ethereum Classic's past, consider the most probable events that are going to happen in the following years, and review the characteristics of the coin to learn if Ethereum Classic has something to offer in the future circumstances. Let's begin with the general description of Ethereum Classic to understand how it gained its significance in the past.

The tokens (ETC) are used within the ecosystem to pay for gas (fees for the use of the computing machine or transactions). Unlike Ethrereum, Ethereum Classic is a deflationary currency with a max supply of 210,700,000 ETC. Another significant difference is the attitude towards the priority of the code. Ethereum Classic leans on the "Code is law" motto while Ethereum is more flexible and the rules can be changed if the community votes for that. 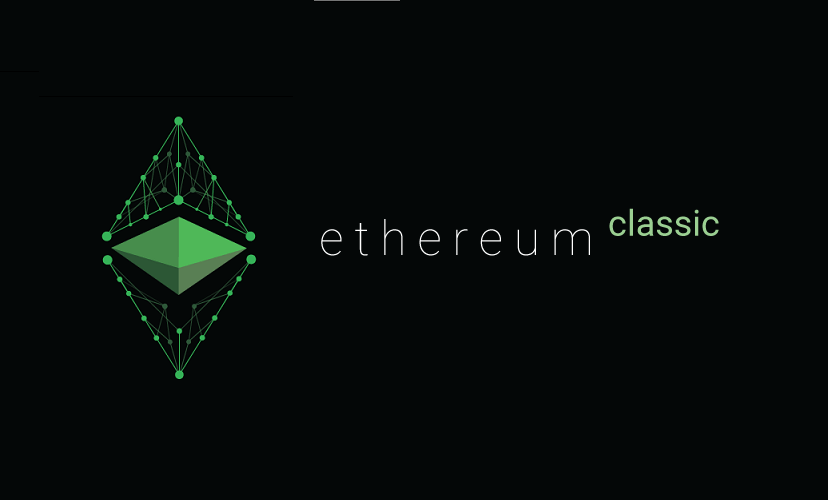 Ethereum Classic has gone through a series of hacker attacks. The first attack was the one in 2015 which led to the creation of a new chain (Ethereum). We have already mentioned it earlier. On July 20, 2016, hackers made successful replay attacks so the transactions were broadcasted both on Ethereum and Ethereum Classic chains. The vulnerability was fixed by Ethereum Classic only in January 2017. In August of 2016 so-called Robin Hood Group had stolen 2.9 million ETC but most of the amount was frozen by the Poloniex exchange where the hackers were going to exchange ETC for ETH. In January 2019, there were double-spending attacks on Ethereum Classic. It is not a full list of the security issues this network had in the past. However, the project continues its life, it has a lot of supporters and foes, too. Let’s see how the ETC price was moving in the past and try to figure out which factors were influencing it.

Due to hacker attacks and bigger support for the Ethereum chain, the price of ETC in July of 2016 was much lower than the ETH's price. Moreover, the price was very volatile and it could change drastically in the course of several hours. For instance, on July 26 one Ethereum Classic token cost $0.6 (with the peak at $2.85) while the Ethereum chain token was much more expansive and stable with the peak at $13.85 and the bottom at $11.73. Soon, the price surpassed the $2 level but immediately declined to around $1.7 after the Robin Hood Group attack that took place on August 10. For two weeks the price was quite stable but on August 25 it fell to $1.37 and continued to decline the following weeks. On October 13, the price dropped below $1. For a month, the price was close to the $1 level. In late November, the ETC price dropped below 90 cents and then continued to decrease further.

The trend has changed by the end of November. December 17 was the last time in Ethereum Classic history when ETC was trading below $1. Beginning with December 18, 2016, the ETC price is always above $1. In early January 2017, the price was fluid. On average it was around $1.3 at that time. In the following weeks, it was drifting towards $1.4 or oppositely to $1.2. In the second half of March, the price suddenly raised to $2. On April 19, ETC's price had reached $3.29 at peak and continued to rise the following days. On April 24 the value already passed the $4 mark. The growth of the BTC price has ignited the ETC price as well. Both currencies experienced a huge rise in value in early May. The ETC price reached $6.67 on May 3. Three weeks later it was $12.02 with a peak at $21.30. In June, Ethereum Classic was listed on a large cryptocurrency exchange HitBTC. It furled the price a little. In general that month, the price was quite volatile. It was moving from $17 to $23 and back. In July, ETC was added to another huge exchange — Huobi. The price became more volatile, the price change interval increased, now the fluctuations were happening in the $12 to $20 diapason. By August, the price became more stable, and the token was traded at around $15. In the first days of September, there was a spike when the price had reached around $20, but later on, it dropped dramatically and soon got close to the $10 value.

In October, ETC was listed on Binance. Gradually, the price began to climb up. In November, it was quite unstable, reaching from $15 to $34 at times. Then December of 2017 came. At that month the Ethererum Classic token hit its highest price to date. Throughout December the price was growing quickly surpassing the $30 level. On December 21 ETC cost $47.77 at the peak moment. Then the price quickly dropped to $30. It kept on rising and falling for several weeks peaking at $40 and falling to $25 at the worst moments. In February, ETC had a strong position between $35 and $40. Notably, this currency had a softer decline in early 2018 than many other currencies. In the springtime, the price was volatile. Most of the time it had a value between $15 and $20. In the summer ETC had a similar value although the lows were closer to $10. The entire September the price was around $11. In the following months, the price kept on decreasing. In December, it was already below $4. The reason for such a downfall is quite clear: the entire cryptocurrency market was low at that period. The entire winter and March, ETC was around $4 reaching $5 at times. Seemingly, the double-spending attacks that took place in early 2019 didn't affect the price. The changes started in April when the price reached $7. Again, that was nothing special as the rest of the market was climbing up following the trends set by Bitcoin.

The rest of the spring the price was going back and forth. Mostly, it was above $6, but at times was dropping to $5 something or going up to $8.8. In June it became closer to $10 but in July ETC became cheaper costing only around $6-$8. This uncertainty continued until October when the price had dropped below $5. Until January the price was quite stable. But as the market went up, ETC has followed the trend and doubled its price in the course of 3-4 days in January reaching over $11. Until the middle of February, the price was above $11 and then it went below $10. March 13 was the day of the huge downfall of the cryptocurrency market. The Ethereum Classic token lost a huge portion of its value in those days reaching around $5. The price was growing gradually. By the end of April, it was already around $6.5. Later it surpassed the $7 level but didn't manage to move further. Only in early 2021, the price began to reach new heights reaching over $8 for a while. 2021 saw a big time for cryptocurrencies. Just like the most crypto coins Ethereum Classic price went through a series of spikes: in April ($38), May ($136), August ($75), September ($74), and November ($61). After the latest peak, the price has been fluctuating in the $25 - $50 interval. With the begining of the 2021/2022 winter he overall crypto market has been declining and ETC wasn't an exception.

It doesn't seem that Ethereum Classic will lose its relevance any time soon or get much more prominent in the future. The platform is good enough to keep its place among the 50 top cryptocurrency projects for a long time. Its architecture and functionality will keep Ethereum Classic a place to go for numerous users while the philosophy of the project and its focus on automation will keep new people joining the community. Moreover, there are planned improvements that will help to solve the problems with security, scalability, and adoption.

In the following years, it is likely that the ETC price will keep on rising gradually. The reasons for that are quite clear: ETC will simply follow the overall cryptocurrency market trend. Considering the growing popularity of cryptocurrencies, the long-term prospect is positive for the market.

Sep 08, 2022 0
altcoins ethereum price prediction binance price prediction cryptocurrencies ethereum classic etc cryptocurrency market
The opinions and assessments expressed in the text are the views of the author of the article and may not represent the position of Cryptogeek. Do not forget that investing in cryptocurrencies and trading on the exchange is associated with risk. Before making decisions, be sure to do your own research on the market and the products you are interested in.

Jo
18 February 2021
ETC just hit 16 usd , I think it will be 8000 usd in 2025
highlow
20 June 2020
Hahah what a scam!
please ...it would be better to keep your BTCs than throw it in ETC. BTC depletion continued and robbery of unimaginable scale happened. The dev's sold their ETC and kept your BTC.Then pumped BTC to unimaginable values. Your shitty analysis doesn't show the price ETC/BTC so everyone can see the robbery. Please see it in the attacment how your depletion of BTC investment was stollen with dev's help that sold everything and just do your analysis corelated with ETC/BTC markets
bitcoin (171) crypto (164) blockchain (109) cryptocurrency (104) cryptocurrencies (99) trading (78) btc (76) guide (67) altcoins (66) cryptocurrency market (65) cryptocurrency exchange (59) ethereum (56) binance (46) coinbase (34) hitbtc (34) price prediction (32) prediction (31) freewallet (29) price (27) mining (26)