Bitcoin for Dummies - Tutorial by Cryptogeek 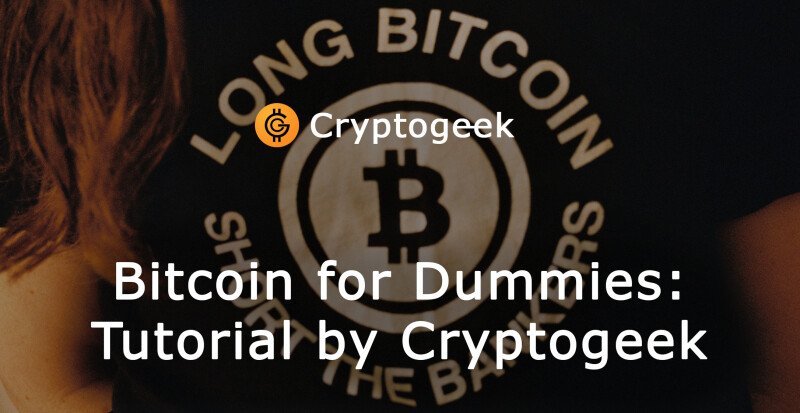 With the gradual acceptance of cryptocurrency by the general public, more and more people are getting in on the game. But since the world of digital money might be complicated or even off-putting at the start, we believe that newcomers have to begin from the basics.

So let’s start our “Bitcoin for dummies” guide!

Bitcoin is the first (and the biggest to date) digital currency. Like the Internet is an alternative to centralized forms of storing information (e.g. encyclopedias), it was the first potent alternative to the dollar and others.

The beauty of Bitcoin when compared to traditional financial assets is decentralization. Fiat money (that is currency is not backed by gold, so all the currencies nowadays) is controlled by central banks, and this results in several problems: corruption, mismanagement and the possibility of your funds being canceled by the government. This cannot happen with Bitcoin due to the Blockchain technology which we will dive into later.

The official answer is Satoshi Nakamoto. The real one: we don’t really know, since that name is just a pseudonym for a person or a group of people that changed the financial system forever.

In October 2008, Satoshi published the famous Bitcoin whitepaper which proclaimed the basic principles of the new currency. It was almost 9 years until Bitcoin drastically searched in value, and the crypto playground today might be very different from what Satoshi originally envisioned, but everything began with these words: "A purely peer-to-peer version of electronic cash would allow online payments to be sent directly from one party to another without going through a financial institution". 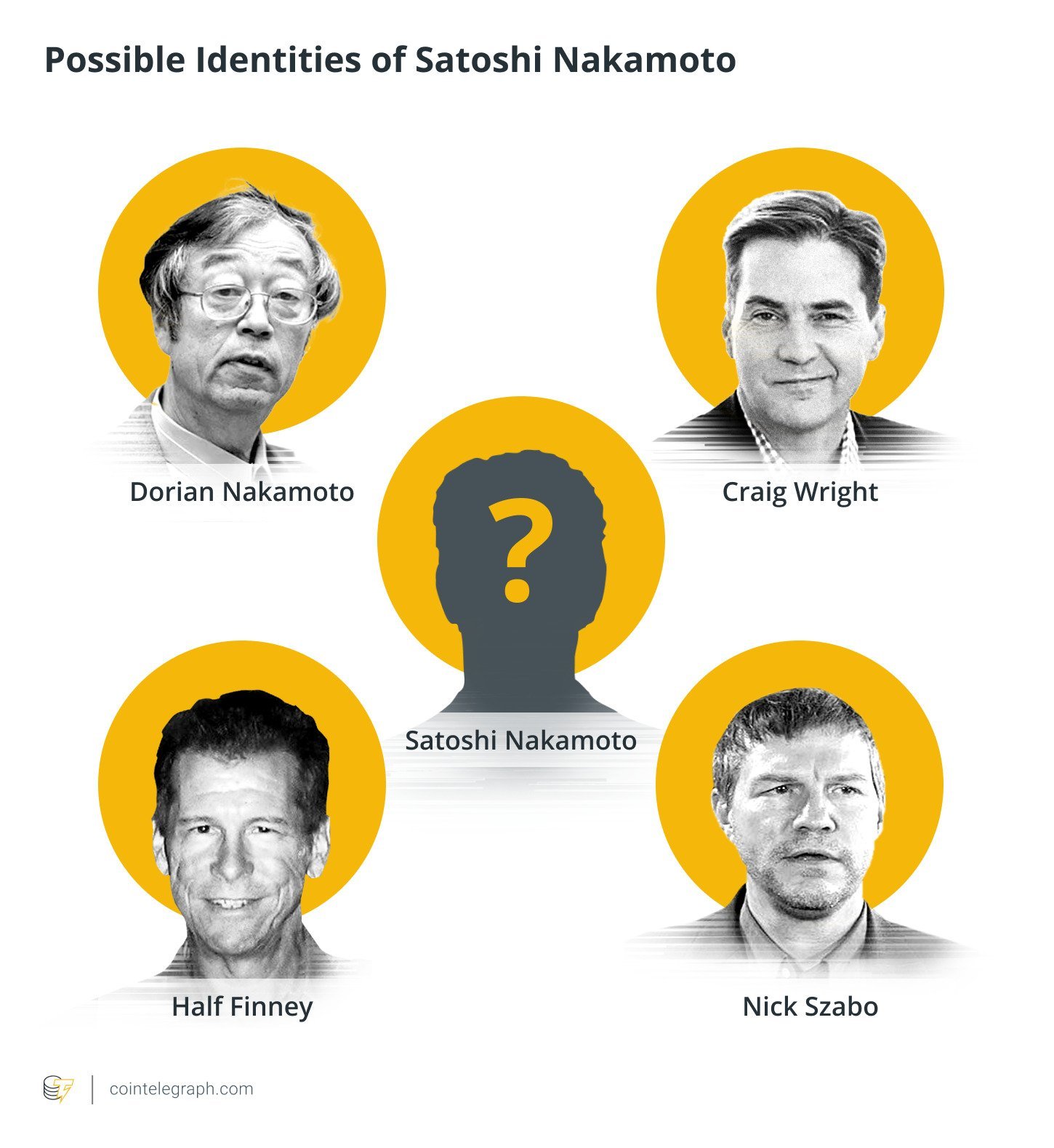 We still don’t know the identity of Satoshi

Behind the Scenes: Bitcoin’s Blockchain

Blockchain is a technology that stores the financial information in a decentralized manner.

Blockchain consists of nodes, or personal computers of ordinary users. In a proof-of-work algorithm which is used by Bitcoin (there are also proof-of-stake and others), the computation power of these computers is used for processing the transaction information through solving mathematical problems called hash functions.

These information pieces are being stored into blocks which are then connected to a global chain (hence the name) and can be viewed by anyone. This is important: the public nature of the Bitcoin’s ledger is vastly different from the traditionally closed order of things with banks. If everyone can view all the transactions performed, the potential for fraud is almost zero.

As we learned from the previous question, it’s everyone. Every computer participating in the blockchain is equally the banker of Bitcoin.

Anyone: that’s the whole gimmick. In most cases, you’ll need to provide some type of ID verification, but one of the central ideas of Bitcoin is making the financial world available to everyone. Hundreds of millions of people on the planet are currently underbanked, and Bitcoin gives them a chance to start trading or investing using only their smartphones.

Bitcoin creation: What is Bitcoin mining?

Bitcoin mining is central to the functioning of the Blockchain system. It is the process we discussed above: solving math problems and storing transaction info on the blockchain.

What is the miners’ reward?

Miners of Bitcoin are being rewarded with Bitcoins (corresponding to the amount of computation power they provided). This is actually one of the ways new coins are being introduced to the system.

So why isn’t everyone mining?

The system of mining is self-regulating: if too many people start doing it, the complexity of the math problem (called the difficulty rate) is automatically increased and thus everybody gets a smaller reward.

Since Bitcoin has been continuously mined for more than a decade, its difficulty rate is quite low now. To get a meaningful reward you have to either buy a pricey equipment called an ASIC, build a huge mining farm or participate in a mining pool (combine your computation power with other users and then split the reward). Because of this, most miners switch to Ethereum, Monero and other newer tokens.

When was the first Bitcoin mined?

Way back in 2009, at the time of the currency’s creation. The first miners were Satoshi Nakamoto himself and his friend. They performed this action with the central processing unit of their computers. A couple of years later people started switching to the graphic processing unit because they had more power, and then the era of ASICs and farms began. 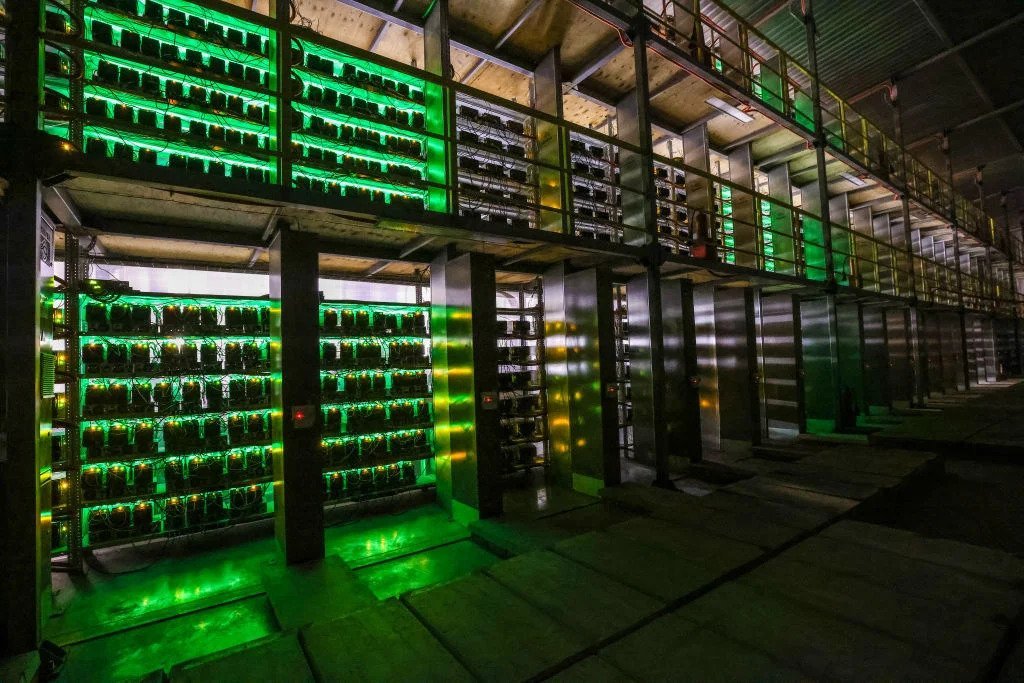 How to buy Bitcoin?

Buying Bitcoin has two options: on exchanges or from brokers. Exchanges connect buyers and sellers directly; they usually have smaller fees but might be confusing for rookies. Brokers sell you Bitcoins themselves – it saves the hassle but is more expensive overall.

When shopping around for the best exchange or broker, you have to consider factors like:

The final factor is the reputation of the exchange, and this is where Cryptogeek comes in handy: we have a wide base of crypto projects reviewed by real customers.

Most exchanges require you to provide some personal information like ID or proof of residence. This process is known as KYC (”know your customer”) and stems from regulations put on the exchanges by the government.

There are also Bitcoin ATMs that accept cash and send the coins directly to your wallet. These are being praised for the anonymity that goes with the process, but you should consider the fees and availability in your country.

The next question is how much money should you spend on Bitcoin. It depends, of course, on your financial situation, but the general rule of thumb is don’t spend money you can’t afford to lose, especially if you choose a highly volatile asset like Bitcoin.

How and where to store Bitcoin?

You can store your Bitcoins right there on the exchange, but it is usually advised against. When doing so, you risk losing your money if the exchange gets hacked, which happens more often than you might think. So we urge you to look for a Bitcoin wallet.

Bitcoin wallets are programs that allow you to hold your Bitcoins on your personal address or send them around. 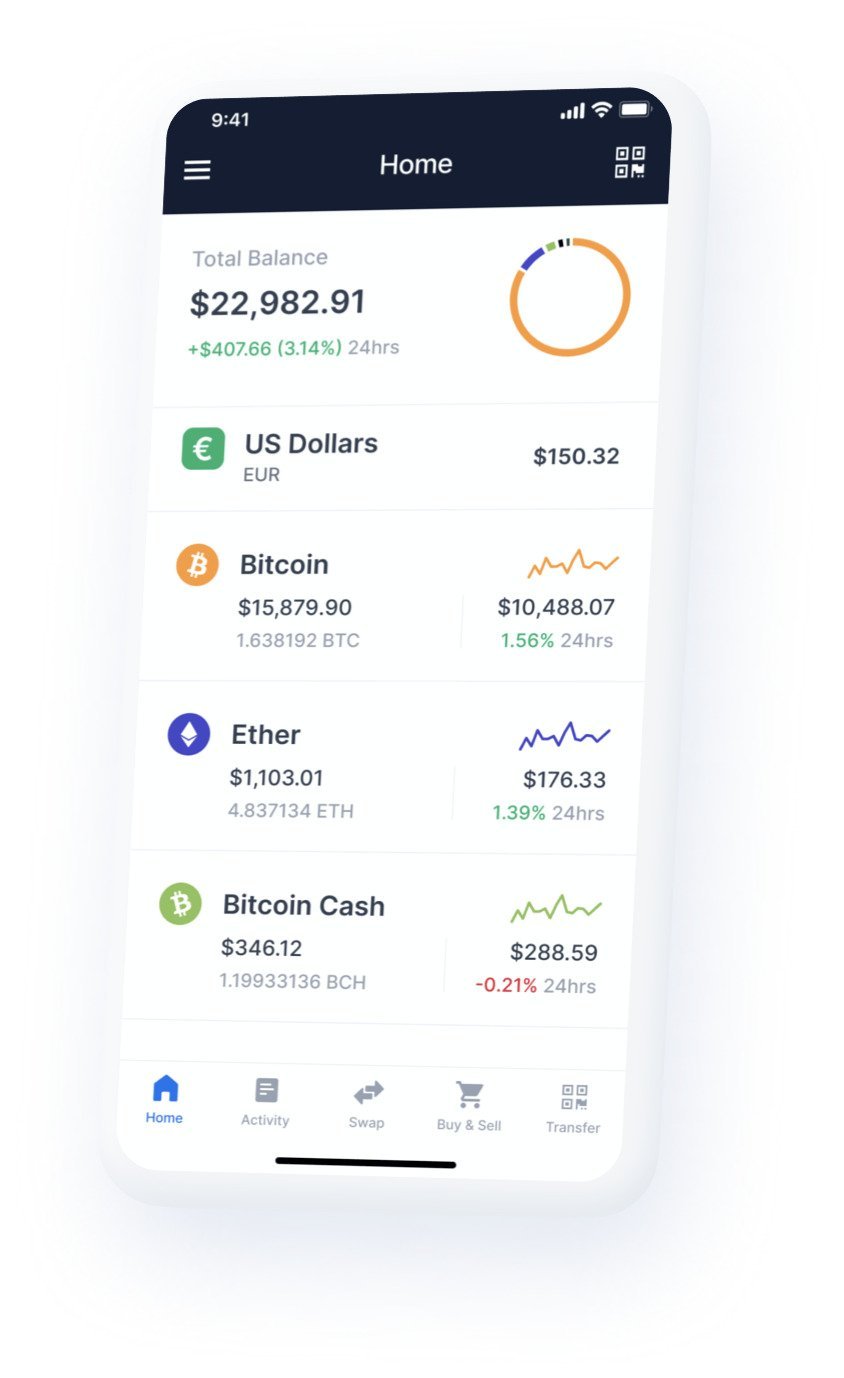 The choice of the wallet mostly depends on the amount of BTC you want to get hold of. For small sums, we recommend software wallets, while hardware wallets are best suited for large amounts since they prevent theft by being disconnected from the Internet.

The biggest Bitcoin wallets up to date are Coinbase, Exodus and Electrum. These and some others are best suited for different audiences and purposes.

Is it safe to send Bitcoin?

Not every time. While working with large exchanges or brokers is relatively safe, exchanging Bitcoins individually comes with a certain risk. To avoid it, you should request some ID verification from your seller and wait for the confirmation of the transaction.

Where can I track my Bitcoin transaction?

The information about all Bitcoin transactions is stored anonymously on the blockchain. You can also consult the “history“ page of your exchange or broker.

How long does it take to send Bitcoin?

What is the cost to send Bitcoin?

It’s calculated individually in each case, and you should look up the fees of your exchange or broker before making the transaction.

Is it possible to buy or send less than one Bitcoin?

Yes. The least amount of Bitcoin you can buy is one Satoshi, which is equivalent to 0.00000001 BTC (curiously enough, three years ago it was worth more than some national currencies: https://Bitcoinist.com/one-micro-Bitcoin-or-satoshi-is-worth-more-than-seven-national-currencies/). Buying fractions makes sense if you don’t have enough money for a whole BTC, but at the same time it will bring you less profit if the price goes up.

Bitcoin use: Who accepts Bitcoin? What can I buy with Bitcoin?

The very first transaction made with Bitcoin was two pizzas for 10,000 BTC back in 2010. Today, you can use your Bitcoin to buy jewelry from Rolex and Patek, software from AT&T and Microsoft, subscription to the Chicago Sun-Times and insurance from some companies.

There was a brief period in March 2021 when Tesla accepted Bitcoin, but then they suspended it due to environmental concerns. 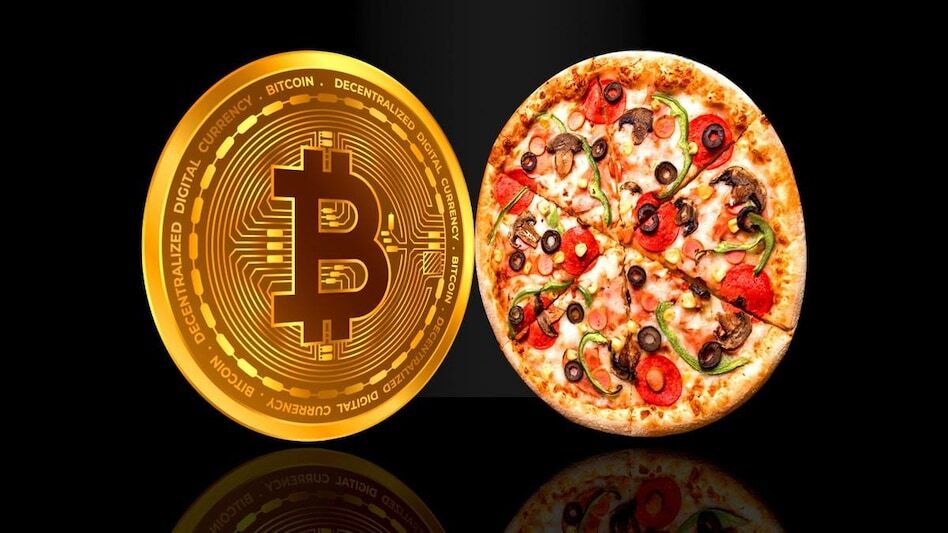 May 22 is celebrated as the Bitcoin Pizza day

Thus we conclude our guide on Bitcoins for dummies. Hope it has been helpful!

If you still have doubts about the validity and future of Bitcoin, you should check out our recent article: https://cryptogeek.info/en/blog/take-btc-seriously

bitcoin blockchain cryptocurrency btc tutorial crypto
The opinions and assessments expressed in the text are the views of the author of the article and may not represent the position of Cryptogeek. Do not forget that investing in cryptocurrencies and trading on the exchange is associated with risk. Before making decisions, be sure to do your own research on the market and the products you are interested in.