Blockchain for Dummies — Tutorial by Cryptogeek 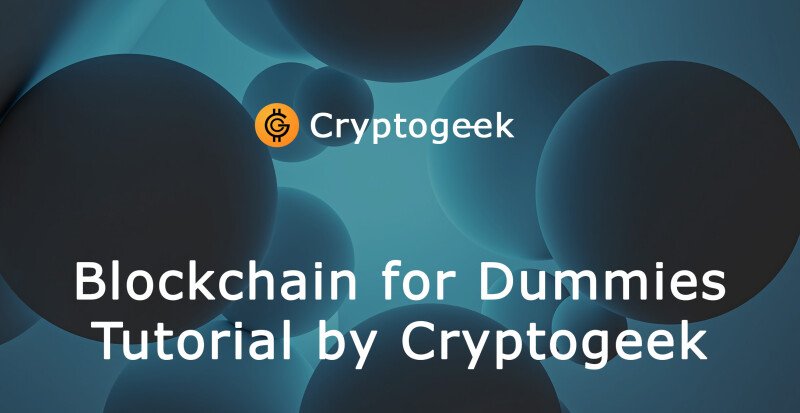 Blockchain Is The Next Big Thing

Blockchain is defined as an immutable ledger, meaning a record of transactions that cannot be edited or forged. A node has the full copy of the entire blockchain, which gets updated with each new transaction. By default, a blockchain is public and persists as long as there is at least one node online. 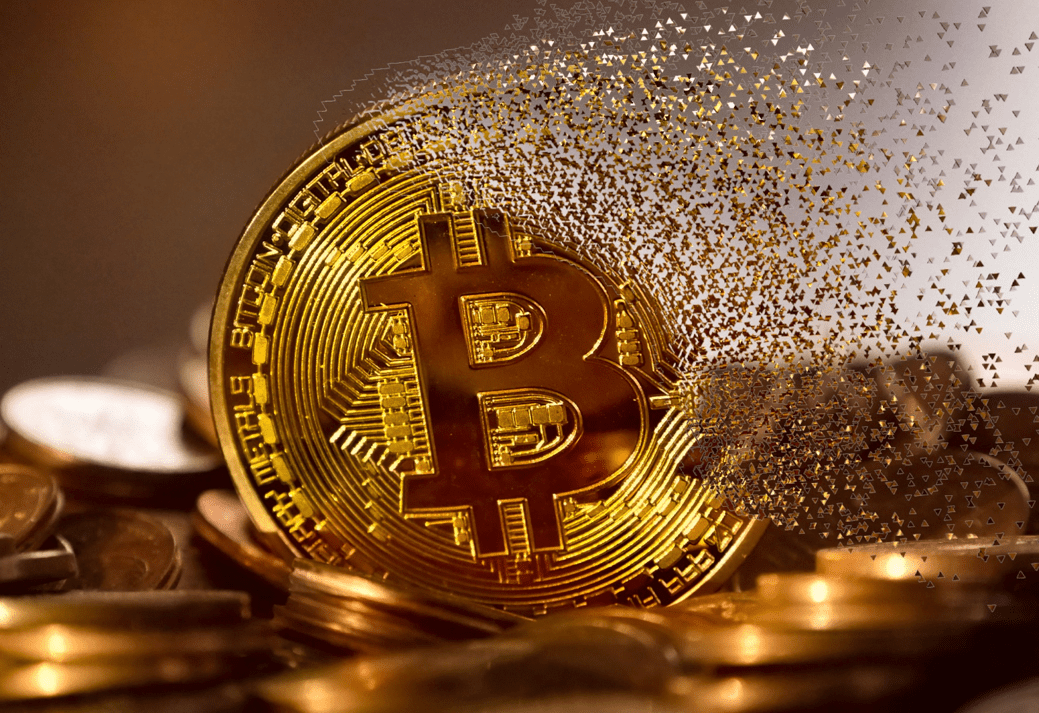 Blockchain is nothing special, it is just a regular text file with gibberish. You cannot read that gibberish but a dedicated application can, to figure out who sent what to whom and when. As transactions keep coming in, the blockchain grows, which can make it unwieldy for regular users.

How Do Blockchains Work

Imagine the blockchain as a train composition, with each car being filled with records of transactions. When the car is full, the next car is attached to the composition and filled. The gist of blockchain security is that nobody can access the car in the middle to edit the records without going through all the cars behind it.

If you are wondering, "What if the composition gets too long?", that is a good question. Two Bitcoin experts, Joseph Poon and Tadge Dryja, made a presentation on it, stating that Bitcoin cannot work if it goes global. The blocks (cars in our example) will get too large, making the blockchain impossible to hold on plebeian hardware.

Cryptocurrencies are bits of data on a computer. All such data can ultimately be duplicated, so a blockchain verifies the ownership of some cryptocurrency and provides accountability for cryptocurrency users.

An Example of The Bitcoin Network In Action

Alice comes to Bob’s coffee shop and wants to buy a cup of coffee with Bitcoin. Bob tells her his wallet address (aka "public key"). Alice opens her Bitcoin wallet app and types in Bob’s address, the amount of Bitcoin she wants to send, and the fee. When she taps "Send", the transaction is signed with her signature (aka "private key") but does not immediately go to Bob’s wallet.

Bitcoin nodes receive a notification that one address wants to send some Bitcoin to another. They do not know who owns these addresses unless Alice and Bob reveal it. Each node can decide if the fee is worth it. If so, they run some convoluted math that verifies that Alice has enough Bitcoin. Then, they add the record of the transaction to the blockchain.

Proof of Work is a Foundation to Bitcoin’s Value

Proof of Work (aka PoW) is the idea that a cryptocurrency is valuable because there are nodes running complicated math to verify the ownership and the transactions. Nodes use electricity to do the math, so the price of spent electricity is counted into the value of a cryptocurrency.

How do Bitcoin Wallets and Addresses Really Work?

They work through something called "confirmation". In simplest terms, it means that nodes do complex math to confirm the address sending the Bitcoin actually has it. People typically wait for one confirmation but the official Bitcoin guide recommends waiting for 6 or more if you are sending large sums of money.

Confirmations prevent wallet owners from spending the same Bitcoin more than once.

What is a Public Key?

Also known as address, the public key is where the spent cryptocurrency goes after a transaction. The official Bitcoin guide recommends changing the address after each transaction to increase security.

What is a Private Key?

The private key is effectively Bitcoin or the cryptocurrency it represents. One private key is a very long string of characters. If someone finds it out, that someone can spend the Bitcoin in your stead. Experts recommend keeping private keys on a piece of paper or hardware that is never connected to the internet. You should never talk about owning Bitcoin.

Blockchain represents a revolution in how banking is done online. It lowers the bar for initiating or verifying transactions and also gives more flexibility. A traditional bank will obscure how it works but a blockchain reveals it all, including who owns how much in a monetary cryptocurrency system.

Sort of. It provides more transparency and decentralization but removes some anonymity. You should use multiple wallets to send crypto between them and be careful to attach minimal personal information to a wallet. When you do, it will stay on the blockchain forever.

Use the blockchain explorer to browse transactions and addresses at your leisure. All major blockchains should have one, such as Ethereum.

Governments can use the blockchain’s public nature to retroactively calculate taxes. If you attach your personal information to a wallet, you can be in quite a pickle. The remedy is using a service known as "tumbler", which tangles transactions so nobody can figure out which crypto went where.

The Main Concern People Have about Blockchains

An attack called "51% attack" or just "51%" is a threat to any blockchain where 51% of the nodes are taken over by a malicious party. Since cryptocurrency blockchains are ruled by consensus, the party ruling 51% of nodes can refuse to process any transaction, effectively killing the cryptocurrency.

The safeguard against a 51% is to have as many small, independent nodes as possible. However, if the difficulty gets too high or the blocks become too large, it becomes too expensive to run a node, causing the small nodes to shut down. What remains are the rich players, who can control the blockchain by virtue of being the only ones around.

Yes, if the user takes plenty of precautions. For example, installing and using shoddy or hacked wallets can drain the user’s cryptocurrency balance. Banks can be robbed too though they have insurance and common sense procedures to minimize the loss. As long as a cryptocurrency holder does the same, a blockchain is as safe as or safer than a traditional bank.

What is Cryptography and Why Does it Improve Security?

Cryptography is complex math. It improves security because we use computers and electricity to solve it. If the math is complex enough, the attacker cannot solve the math to access the solution, which can be a message or Bitcoin.

Miners solve difficult mathematical equations; when they do, they get rewarded with Bitcoin and the equation becomes more difficult. They use specialized machines, called ASICs, or just consumer-grade GPUs for those calculations. The more blocks are mined, the higher the difficulty of solving the next equation tier.

Nodes work on a similar principle, except that they verify the transactions by doing the underlying math. Nodes are not obliged to verify transactions; if they think a fee for it is too small, they can ignore the transaction. This leads to a serious problem of nodes ramping up the fees to the point transacting Bitcoin costs more than the value of the sent Bitcoin.

Should You Trust Blockchains?

Bitcoin’s unofficial motto is "do not trust, verify", which you should be well advised to adopt. Blockchain is only a piece of technology that is as good or as bad as the people using it. There are ways to misuse or sabotage a blockchain, so you should never fully trust it. You should give it a try with an open mind and funds you can afford to lose.

The History of the Blockchain

The first notable example of a blockchain was created by Bitcoin’s Satoshi Nakamoto. He created the first block on the Bitcoin blockchain on January 3, 2009, inserting a headline about bank bailouts. It was 1 MB in size. By 2014, Bitcoin’s blockchain had 20 GB blocks; by 2017, they were 100 GB each.

Other blockchains followed suit and soon enough there were thousands of them.

blockchain tutorial crypto
The opinions and assessments expressed in the text are the views of the author of the article and may not represent the position of Cryptogeek. Do not forget that investing in cryptocurrencies and trading on the exchange is associated with risk. Before making decisions, be sure to do your own research on the market and the products you are interested in.