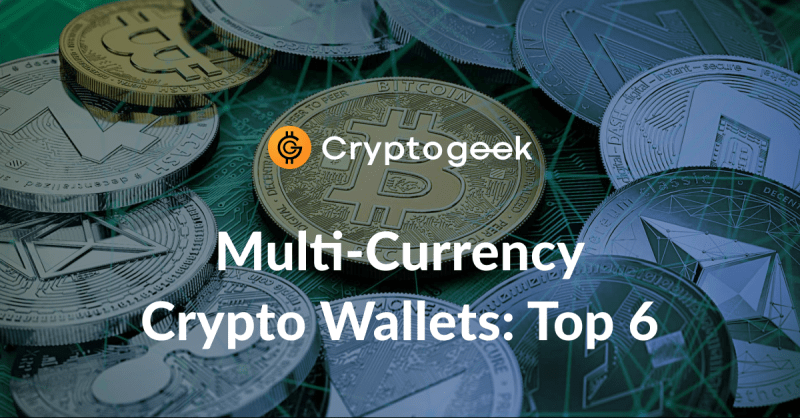 With cryptocurrencies seeing a significant increase in popularity lately, mostly due to the spectacular volatility and incredible technological innovation, new users have been on the lookout for the right wallet to suit their needs. In order to invest or trade crypto assets, getting a cryptocurrency wallet is essential. Storing your cryptocurrencies on a good wallet is a major prerequisite to accessing various perks, as well as to saving your investments from various threats, whether it be hacks or scams.

The cryptocurrency wallet market is highly saturated with various wallets to choose from. However, not every wallet is built the same, nor it caters to the same consumer base. Wallets differ in security, ease of use, support for certain cryptocurrencies, and many other functionality features.

Freewallet - The Best Cryptocurrency Wallet for Android and iOS

If your goal is to find a user-friendly cryptocurrency wallet for Android, iOS, or a web interface wallet, Freewallet is a great choice. The platform strives to meet every customer’s security and functionality needs. Therefore, the wallet offers distinct features that separate it from other wallets. These features include:

There are two versions of Freewallet that people can choose from, one fully anonymous, that requires no registration and that gives you full control of your private keys, and the other that offers its users to store their private keys on the Freewallet server, making it easy to retrieve the private keys via email in case they have been lost.

Freewallet offers native support to over 100 cryptocurrencies, multiple transaction fee options, as well as the option to buy cryptocurrencies with your VISA, MasterCard, or any other major debit or credit card, and even some prepaid and virtual cards. The wallet has a seamless and easy-to-use UI that is translated into 13 languages. When it comes to security features, it offers multi-signature confirmations for each transaction, 2-factor authentication, and fingerprint support to make transactions safe, as well as cold storage to keep users’ funds safe and secure while not transacting.

Exodus is a great option for users that are a bit more tech-savvy, and don’t mind taking security into their own hands. While the wallet provides an excellent UI, it is a desktop-only wallet and is not available for mobile devices.

The private keys remain secure on the users’ device, meaning that only the users themselves know the mnemonic phrase. While this is great in theory, many users misplace or simply forget their keys, essentially losing their funds in the process. However, if the keys are held securely by the users, Exodus is a great option. The wallet can even encrypt the private keys, thus bringing additional safety measures. Exodus is a wallet that doesn’t require using your hard disk space to store a blockchain on your device and is also called a “Lite” wallet.

The cryptocurrency exchange ShapeShift is integrated into the Exodus wallet, providing users with quick and efficient currency exchange options. Exodus supports over ten different cryptocurrencies, with their team stating that they don’t plan on adding support for more altcoins (at least not in the near future). The reason for this is that Exodus supports only the tokens accepted by ShapeShift.

Coinomi is a multicurrency cryptocurrency wallet with one of the longest track-records in the sector. It currently offers native support for more than 125 blockchains, as well as a whopping 1770 tokens, all while implementing and maintaining high privacy and security standards. An important thing to note is that Coinomi was one of the first digital wallets that offered segwit support for Bitcoin and 14 other blockchains, while also making it possible for its users to switch between segwit, compatibility, and legacy addresses. This makes it one of the most responsive and versatile wallets so far, and they stated that this could be expected from them in the future as well. 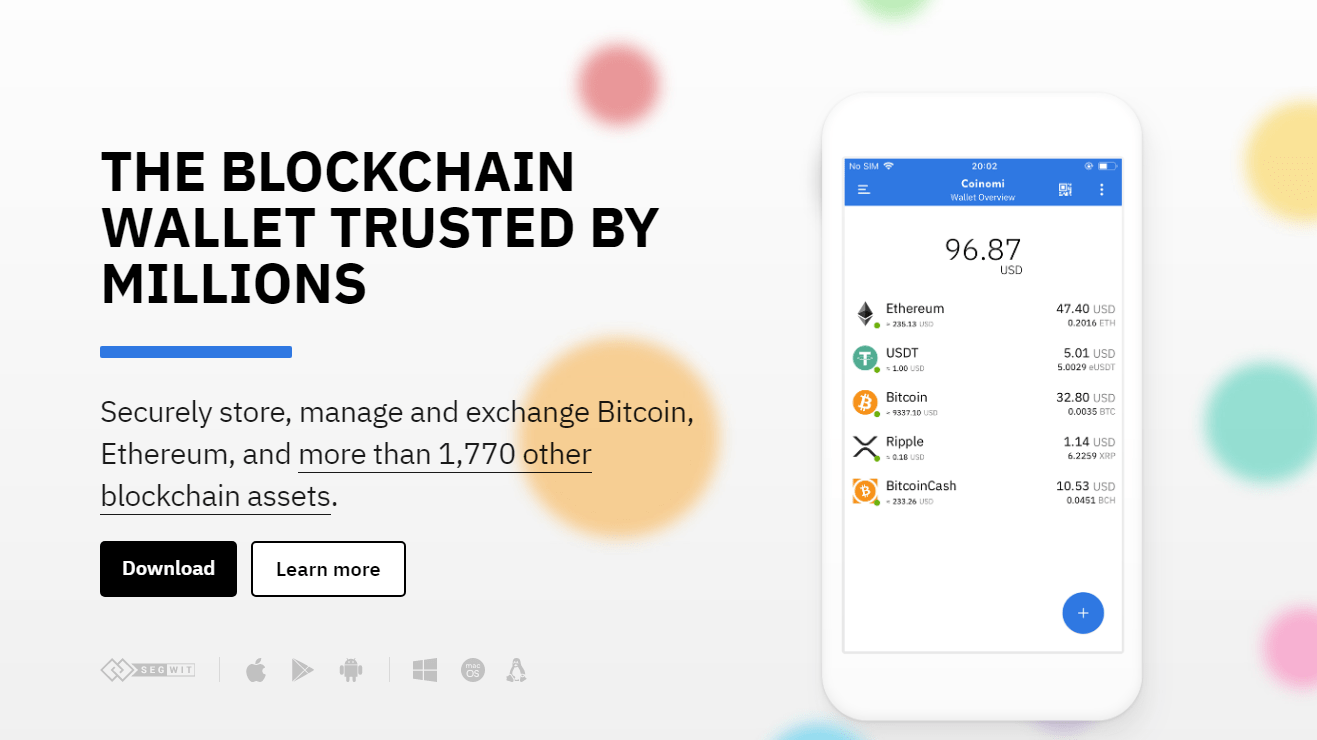 Coinomi also offers a wide variety of services that are integrated into the wallet itself, ranging from cryptocurrency exchange features through Coinswitch, Changelly, Binance Dex, and Totle, crypto purchases such as Simplex, the ability to purchase gift cards through Bidali, to even tax reporting functionality through Blocksentry.

Ledger Blue – For Those That Prefer Hardware Wallets

Ledger Blue is currently one of the most sophisticated hardware wallets available. It’s made by Ledger, the company known for its state-of-the-art hardware cryptocurrency storage solutions. This wallet is quite different from other wallets on this list, as it is an actual device rather than an app or a web interface. It supports over 20 digital currencies natively, but it can also be connected to various other wallets and apps. It looks like an iPad or any other lightweight tablet on the market, making it easy to transport and handle. 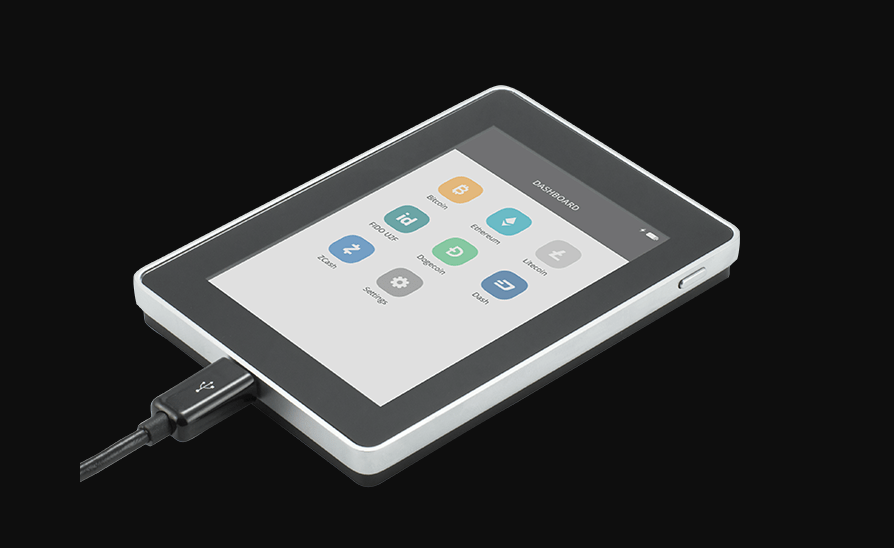 This wallet is a great option for those that want a tangible wallet rather than an online solution. The downside, of course, is that you can lose or break it and that it can be very costly to replace.

Atomic Wallet – For Those That Want an Open-Source Wallet

Atomic Wallet is a cryptocurrency wallet that offers native support to over 30 different tokens and coins, including Komodo, which it is integrated with. The wallet’s main perk is that it has built-in decentralized exchange features. Due to its atomic swap technology, users can exchange coins and tokens with other AtomicDEX users directly from their wallets. This type of exchanging funds, also called Atomic swaps, is completely peer-to-peer, which means that there is no need to make a deposit to any centralized exchange, or any other entity for that matter.

This wallet is completely open-source, meaning that everyone can look at the code behind the wallet. This makes it the perfect option for those that have an understanding of the code, as well as for users that want to dip their feet into decentralized finance.

Coinbase – One of the Most Popular Wallets

Coinbase is probably the most well-known wallet in the world and the most used one by the US population. It is considered one of the most beginner-friendly options for beginners, as the wallet is backed by a large company that people trust. With Coinbase, users have the option to connect a US bank account and easily transfer their funds in or out of their wallets. 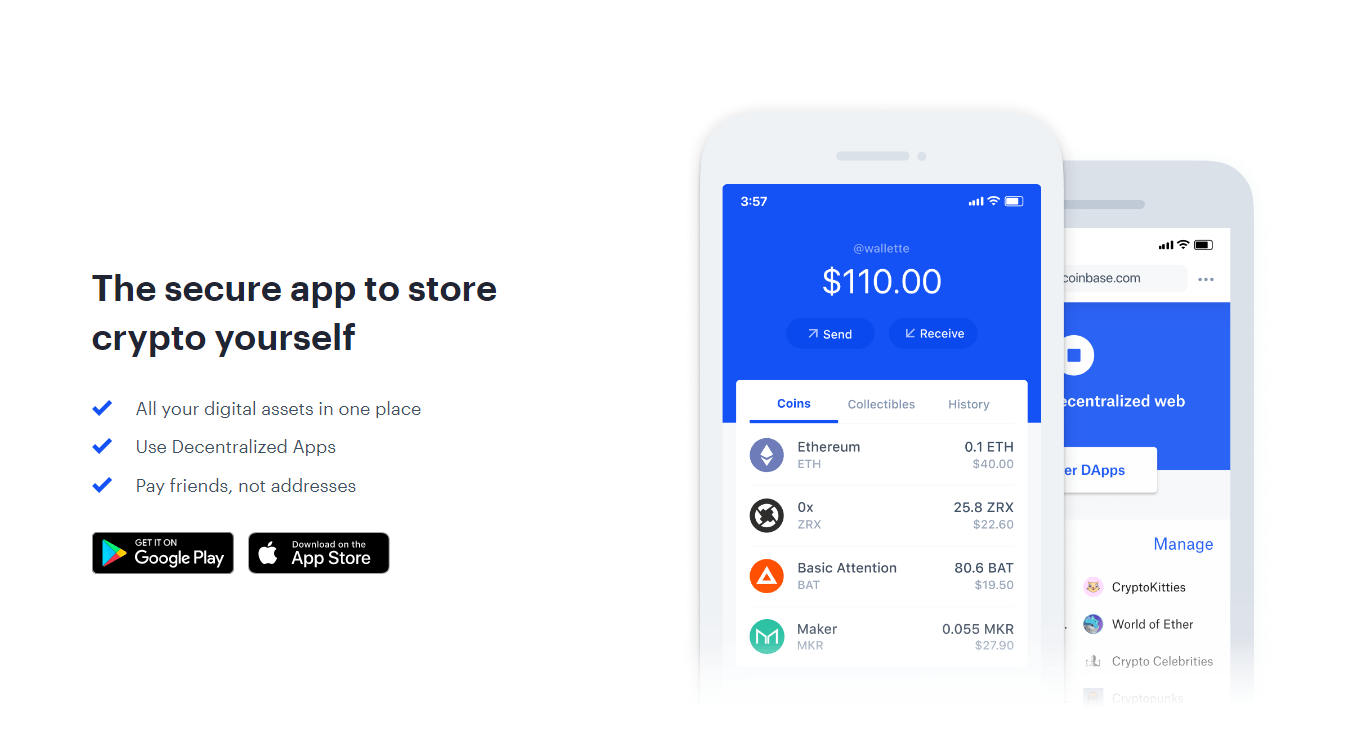 While this wallet started off as just a wallet, it turned into a digital asset exchange along the way, providing its users the ability to swap their cryptocurrencies for one another. This wallet will be interesting to those that have already dabbed into stock trading, as the buy/sell interface is very similar to a traditional brokerage account. Coinbase supports more than 20 cryptocurrencies and is continuously looking to add to this number.

One of the major perks of this wallet is actually not a wallet functionality at all, but rather a feature called Coinbase Earn, where the wallet rewards you for watching educational videos and taking quizzes.

We’re at the point with bitcoin where the famed rapper "Lil' Yatchy" is doing an Instagram livestream on Saturday night talking about opening up coinbase wallets.

Coinbase, however, has many downsides. One major downside of the Coinbase wallet is its notoriously high fees and costs of operating. The wallet charges both flat and variable fees that can total far more than any other wallet would charge. The other big concern is that the company is based in the US, meaning that they have to comply with the country’s strict regulations. Coinbase requires its users to go through the time-consuming KYC process in order to properly use the platform.

So, what is the best cryptocurrency wallet?

There is no straightforward answer to this question, as all wallets offer something special while having certain drawbacks. Users have to pick a wallet according to their needs. Some might like a hardware wallet, while some prefer a software one. Some want a great desktop wallet, while some will only use the wallet via their mobile devices. There are many parameters that one has to take into account, and the final decision is ultimately in the hands of the end-user. 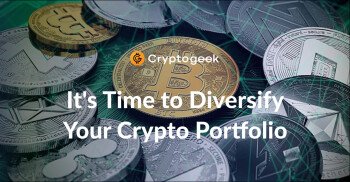 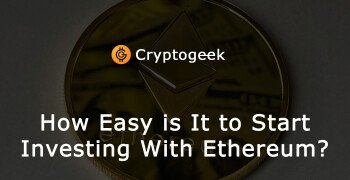 How Easy is It to Start Investing With Ethereum?

Dec 12, 2021 0
altcoins cryptocurrency coinbase exodus cryptocurrency wallets coinomi freewallet atomic wallet top ledger blue
The opinions and assessments expressed in the text are the views of the author of the article and may not represent the position of Cryptogeek. Do not forget that investing in cryptocurrencies and trading on the exchange is associated with risk. Before making decisions, be sure to do your own research on the market and the products you are interested in.