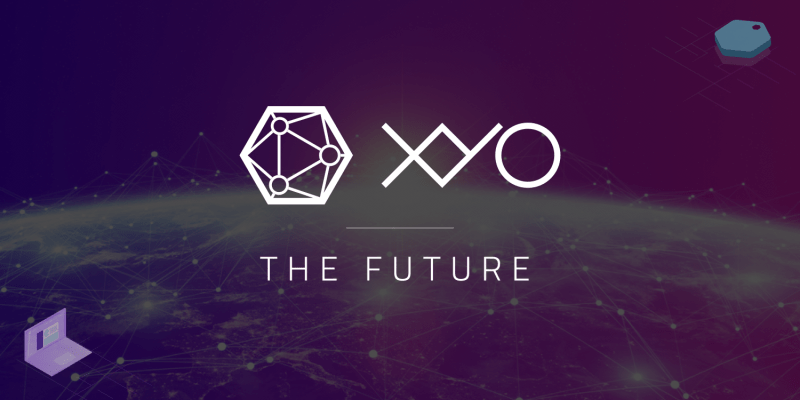 Cryptocurrencies didn’t have the best start, but in time they began to increase in popularity. As the first cryptocurrency, Bitcoin’s first few years were not as its creator intended them to be. It was a new virtual currency that many were afraid to use. In time, as more and more began to understand and see that there may be something to it, we started to see an increase in interest.

As soon as Bitcoin started to become more and more popular, we began to see new blockchain networks and cryptocurrencies on the internet. Until 2014 all of them were based on the Bitcoin blockchain, and in that year, the Ethereum network was created. As a smart-contract-based blockchain network, Ethereum aimed to improve the blockchain world and fix some flaws that other networks had.

Ethereum set the ground for developing multiple networks in the future, among which is XYO, the network, and coin that I’ll be talking about today. Before I dive into the XYO price prediction, I will explain what the network is, make an XYO price analysis, and then give you my predictions for the XYO coin price in the next four years.

XYO, also known as XY Oracle Network, is a blockchain network offering verification of locations built on top of the Ethereum protocol. Many experts say that XYO is the future of geo-location because it works something like a GPS.

The network was first released back in 2017 and looking at their website’s roadmap, we can see that the guys have been quite busy, which is no surprise. The XY company exists since 2012, and their main occupation is developing the location technology that is later used in many branches where the location is a crucial aspect.

The XYO Network has four parts that work in combination to get the full package: Sentinels, Bridges, Archivists, and Diviners. The Sentinels are responsible for getting the details about the location using various sources like sensors, WIFI, Bluetooth, and radios. The information gathered from them is sent over to the Bridges, whose job is to pass it over to the next in the line, the Archivists. They sort out and clean up the data so that it can be stored correctly by the Archivists. The final link in the network is the Diviners, who get the sorted data from the Archivists. Their job is to analyze the data and answer the requests on the network. The final step in the process is the conversion of that data into smart contracts.

XYO has tons of potential applications, but the one that seems to be mentioned the most is getting payments for deliveries. Since the network’s primary task is to verify locations, the seller would be able to create a smart contract, and XYO’s job would be to follow the package and complete the payment once it gets to the destination. The advantage of this is that the payments will be much faster than traditional ones, and the seller would get the funds almost instantly.

As with every blockchain network, the XY Oracle Network has its own token, and this one is called XYO. Since the network is Ethereum based, the token is based on the ERC-20 protocol.

The XYO token’s main task is to make the calculations for the smart contract created on the network.

XYO Price Analysis for the Past Several Years

The XYO token has been around for a little over three years, and unlike some of the other coins from that era, the XYO coin price is not something spectacular. One of the reasons for that is the ICO didn’t go so well. It only managed to sell about 25% out of the maximum supply at that time. Regardless, the price had a reasonably predictable increase and decrease since the token came to the market. 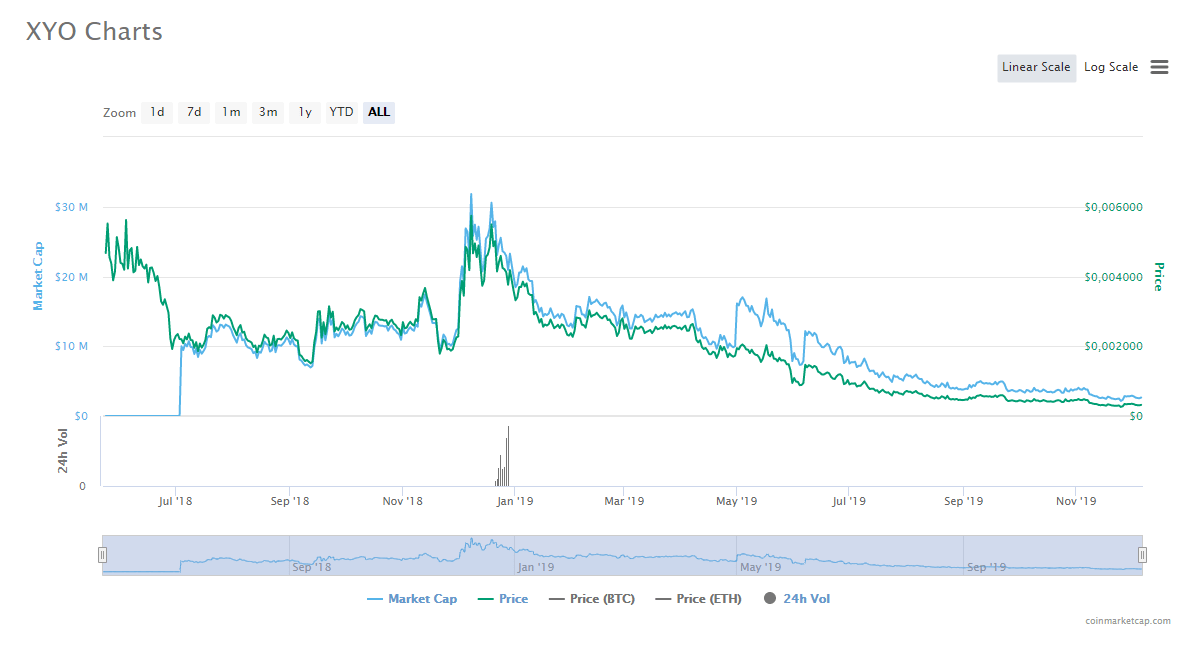 Our XYO price analysis shows something that is not so common with other cryptocurrencies. When the token first came on the market, it started its life at a price of $0.005 at the end of May 2018. Till the end of 2018, XYO has a pretty bumpy ride with numerous spikes and drops in price. The lowest price for 2018 was $0.001 in mid-September, while the highest was almost $0.006 near the end of the year. From that point on, the price continued to fall throughout 2019.

The first significant spike in 2020 is in February when the coin’s price reaches $0.0004, followed by a gradual decrease reaching the all-time low of $0.00014. The price remains relatively steady in the following months all the way until the beginning of summer. Around mid-June, the XYO coin price starts to get bumpy again with multiple spikes and drops. In a period of three months, the price manages to pass the $0.0008 mark in September and starts to decrease in the next few months. There were little to no adventures until March of 2021 when the price began to grow. In the middle of the month it already gained $0.0012 and continued to go higher with ups and downs. On April 4, it peaked at $0.0085. Interestingly, unlike most of the crypto market, XYO reached its peak price in the second half of 2021. Ever since, the price has been higher than before 2021 landing on the support level of 2 cents by February 2022.

Making price predictions is not an exact science, and when it comes to XYO price prediction, things get even more problematic. The price of every coin depends on tons of factors, and since this is a relatively young coin, there isn’t too much information to use.

Taking into consideration how hard it was for the XYO price to grow, things are not looking too good for that coin. The main issue with XYO and why the predictions are not very concrete is the network’s usage. Unlike other platforms that already have actual implementations and real-world use, XYO is a working network, but still without any real-world applications. That is why this prediction is challenging to make.

If things go well and XYO starts to be used to solve an existing problem and proves to be good, the price will rise. In that case, I would estimate that the price would pass the 4 cents mark by the end of 2022. On the other hand, if things don’t go as planned, the coin is headed down a road with no happy ending. Not having any use in the real world may lead to some gradual increase before going dead.

Based on the little information, I estimate that XYO will continue to follow the strongest overall market trends. We may not see it reaching a dollar any time soon, but I believe that if they manage to keep it alive in the next four years, the XYO price will reach and pass $0.12 by the end of 2025. Going higher than that is not very likely, but it is possible. Imagine if Amazon incorporates XYO’s network for competing payments and tracking packages; in that case, you can expect to have a bigger increase in price over the next several years. According to a number of forecasts, by the end of 2030, the XYO price will hit $0.64 at worst. See the coin's future prices in the table below:

To be completely honest, even though the XYO network is a fascinating concept, a considerable disadvantage is the fact that no one uses it for a serious and more significant project. That is the main reason why predicting the price in the following four years is difficult.

Overall, I wouldn’t classify it as a good investment, at least not at this time, but if you take the risk, then you need to choose trusted Crypto Exchanges (HitBTC, Gate.io, Binance, Bitrue, ZT, KuCoin, etc.). The XYO coin price has dropped significantly since it was released, and even though we have seen some increases, none of them are promising. Down the line, if the network gets real-world usage for a specific project, then things will be different. Having a network that is part of a company utilizing it is what can make this token a good investment, but at this time, I would recommend against investing in it.