What Are Some Lesser-Known Cryptocurrencies? 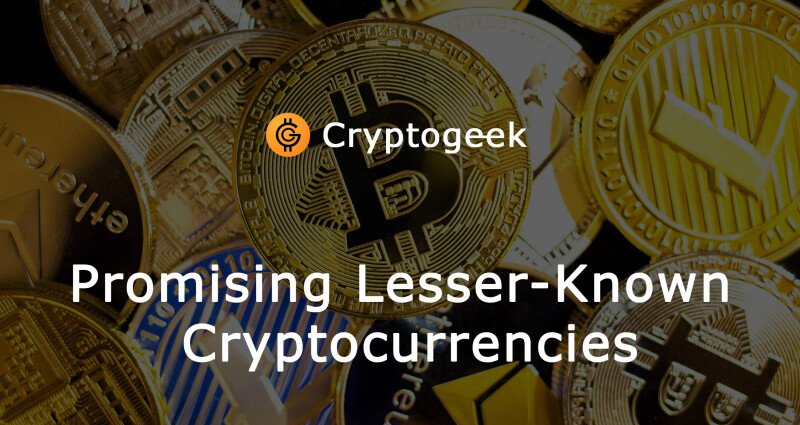 Whilst there are a number of well-known cryptocurrencies available to purchase, with the likes of Bitcoin and Ethereum both recognised around the world by users, there are still a number of different virtual currencies that can be used.

Indeed, whilst the aforementioned has perhaps led to the solid interest in cryptocurrency due to their respective values, there are some who will continue to buy Cardano and other forms as they hope that they can get to even a fraction of the levels that those virtual currencies have been able to achieve.

However, with so many different types of cryptocurrency available, there are a number of lesser-known forms that should be considered, especially if they can be bought before the rest of the crowd jump on them and get in on the act. If this happens, the returns could be astronomical.

One of the best lesser-known cryptocurrencies available to buy at the moment could be Stellar Lumen. The currency is regularly referred to as just Lumen, as it is from the company Stellar.

At the beginning of the year, the currency was valued at just $0.13 per coin and reached a high $0.70 in May (prior to the China news). There is a market cap that is $8.77 billion, so it has the potential to produce dividends if it continues to grow.

Furthermore, the currency is scarce, as there are 30 billion of them available to purchase and no more will be created in the future. This may only help to drive up the price in the future.

Another cryptocurrency that can be considered to purchase is IOTA, although it has shown in the past that it can be extremely volatile at times. The coin has continued to have highs and lows over the course of a matter of weeks, however it does appear to have an ability to bounce back rather often.

It is a cryptocurrency that does not utilise blockchain technology, either, as it relies on Internet of Things applications and functions.

Another lesser-known cryptocurrency that should be considered strongly is Komodo as it continues to show signs that it can be rather lucrative at times throughout its life.

KMD is a platform that utilises blockchain and uses atomic swaps, which allows users to trade two different coins from one user to another, wallet to wallet. The transactions are also 100% private via the use of Zero Knowledge Proof and Delayed-Proof-of-Work.

altcoins cryptocurrencies top promising coins
The opinions and assessments expressed in the text are the views of the author of the article and may not represent the position of Cryptogeek. Do not forget that investing in cryptocurrencies and trading on the exchange is associated with risk. Before making decisions, be sure to do your own research on the market and the products you are interested in.