Escape From Tarkov- How to Mine Bitcoin in 2022?

The video game industry is not unpredictable these days. Every year it is harder and harder to surprise fans of video games. Nevertheless, many succeed, and now we will consider the game Escape from Tarkov - a product from the Battlestate Games team based in St. Petersburg.

What is Escape From Tarkov?

Escape From Tarkov is a multiplayer hardcore first-person shooter set in an alternative modern Russia. According to the plot of the game, two rival private military corporations clashed with each other in the city of Tarkov, causing panic and monstrous chaos there, which in turn gave rise to many clans of bandits.

Players will have to choose a side of the conflict and join the battle for the city, constantly monitoring their own lives. There are many ways to die in Escape From Tarkov - from the bullet of an enemy soldier to a huge radiation background. Players will be able to learn over a hundred different unique skills and go through a long questline that sheds light on the city's past and improves the chances of survival. 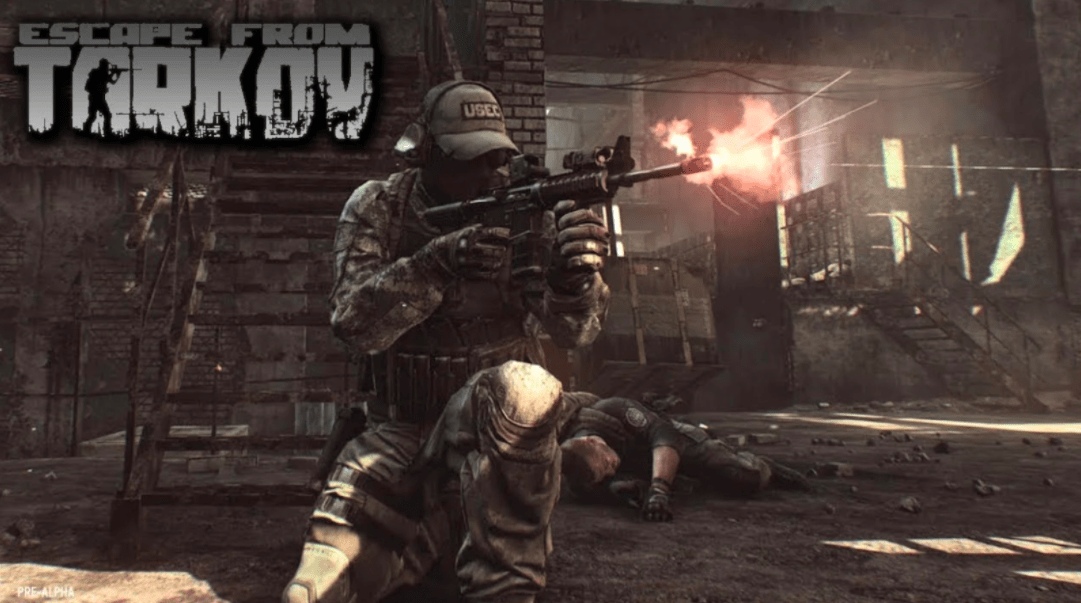 The bitcoin farm in Escape From Tarkov is one of two improvements you can make to your hideout, allowing passive income, but it's expensive to build and not well-explained in-game.

This guide will explain what a Bitcoin farm is, how it works and how much resources it costs to invest in it.

How to Get Bitcoin?

Bitcoins are very rare loot that can be found in safes, duffel bags, jackets, stashes, or in the Navigator's Crate. No matter where you look, bitcoins are extremely rare. The only reliable way to get them is on a Bitcoin farm. 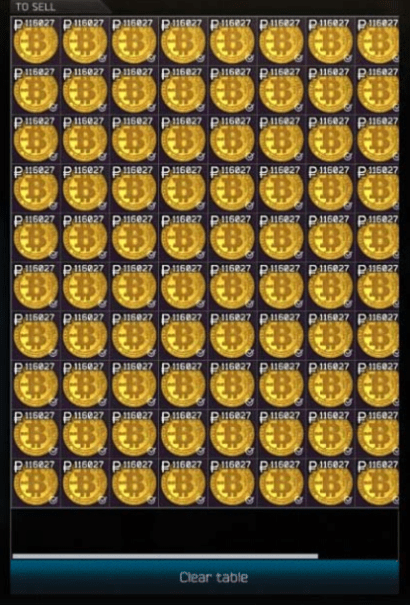 A Bitcoin farm is one of two methods of generating passive income through your hideout, and the only other option is the Scav case. Unlike crafting with other stations or using a Scav case, a bitcoin farm will produce bitcoins at a constant rate if you have at least one GPU in the farm and your generator is turned on.

From 2019, it will be possible to put a bitcoin farm in the game's hideout. To upgrade the shelter to a working condition, the first thing the player will need to install is an electric generator that consumes fuel. If there is a lack of fuel, production and regeneration of characteristics will be slowed down or stopped. It should also be noted that the size of the stash will directly depend on the level of the Vault. Players with a non-maximum edition of the game will be able to increase their stash, up to level 4.

In addition to the main modules of the shelter, the player will be able to install advanced modules that radically improve the level of life and safety, speed up the pumping of skills, and allow you to get unique items and resources. What is worth noting separately is a full-fledged shooting range where the player can test weapons. The hideout will become an integral part of the game, which will justify all the extra-transition processes that occur with the character - health restoration, the size of the cache, access to merchant services, as well as research objects and events in the world of escape from Tarkov.

Video cards do not lose the "found in raid" mark when installed and removed from a bitcoin farm. 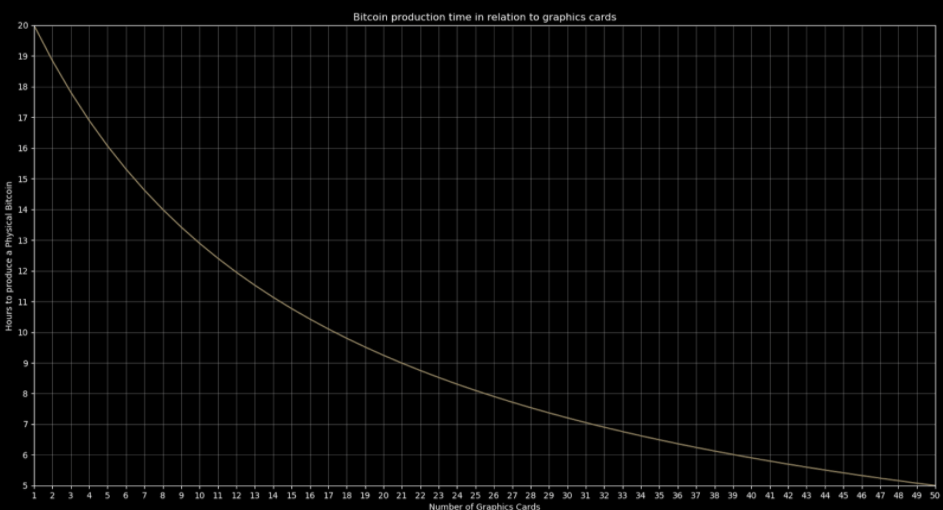 Chart and table showing the relationship between the number of graphics cards and the time it takes (in hours) to produce one bitcoin.

A Bitcoin farm will produce bitcoins at a constant rate depending on the number of GPUs installed on the farm. For now, GPUs do not affect longevity or condition, and can be used indefinitely, so this is not a recurring expense.

One graphics card will produce one bitcoin every 20 hours, but this time can be reduced with additional GPUs. A tier 1 bitcoin farm can hold 10 graphics cards and, if full, will produce bitcoin about once every 12 hours and 50 minutes.

A level 2 farm can hold a total of 25 GPUs, while a level 3 farm can only hold 50. But the benefit of using more cards is diminishing.

A bitcoin farm can only store 3 bitcoins at a time. So investing more than 10 or 15 GPUs may not be worth it if you only play every 3 days. Even if you play every day, investing in more than 25 or 30 GPUs may not bring tangible benefits. Regardless of how much you use, remember that it will take much longer for your total investment to pay off.

bitcoin mining game farm tarkov
The opinions and assessments expressed in the text are the views of the author of the article and may not represent the position of Cryptogeek. Do not forget that investing in cryptocurrencies and trading on the exchange is associated with risk. Before making decisions, be sure to do your own research on the market and the products you are interested in.