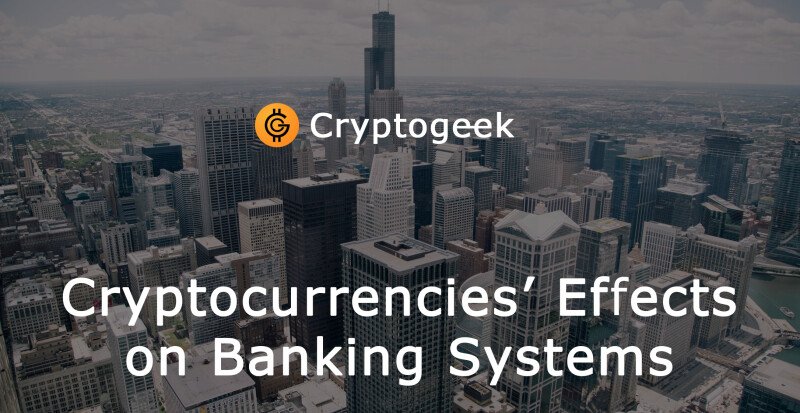 At the moment, some economists believe that the new cryptocurrencies being released today will possibly make national currencies redundant. This belief has evidence to back it up since conventional money is still doing pretty well and can still get the work done. The two principal functions of a currency are to be a medium of exchange and store of value, and reserve currencies have historically proven themselves to perform well as both. On the other hand, Bitcoin and other cryptocurrencies tend to do poorly.

However, that doesn’t mean that the emergence of new technologies like this will have no effect on the current state of the financial system. A lot of traditional economists tend to forget the crucial divide between payment technologies and money. This is likely because older forms of money like gold lacked the distinction between the medium and method of payment. In the olden days, you could simply just hand over your payment to the seller, and you would be done with your transaction.

More recently, though, we find ourselves paying with physical cash a lot less, and instead, we have often been using digital money transfers to pay for the goods or services that we are buying. It is because of this kind of technology that now, there are game-changers entering the financial system.

Cryptocurrencies are slowly changing the financial scene and can be a great investment option once you have your financial goals set straight. A trendy platform that is regulated and preferred by both - professionals and beginners in crypto trading, is Bitcoin Era.

Developments like this are more noticeable in the developing world, since the communities there often do not have access to bank accounts. One example of this is the mobile phone companies in East Africa, which designed a system that allows people to transfer cash-convertible credits to each other without the need to go through payment intermediaries like banks. In this equation, the phone credits could then be considered the medium of exchange, and the mobile network becomes the payment infrastructure.

And in places with more advanced economies, the majority of consumers are more likely to have access to bank accounts that allow them to use debit and credit cards. Using cards as a method of payment already counts as transferring digital money. This has provided some sort of protection against disruptive innovators, despite some of the aforementioned e-payment technologies being clunky and often unreliable. Additionally, technology would also have to demonstrate its compatibility with the current infrastructures in place and go through numerous regulatory hurdles.

If you have a high-risk appetite and are looking for a long term investment to add to your portfolio, then you might want to consider crypto. Give it a go and visit the Bitcoin Era platform we mentioned above.

Great examples of this are Circle and Ripple, payment systems centred on cryptocurrencies as their payment vehicles. Aside from already having the benefits that electronic payments have, the fact that it uses blockchain technology means that it can also provide a central clearing system.

Traditional banks can also provide similar functions if needed, but they run into certain problems. Firstly, it can take banks quite a bit of time and money to replace their legacy systems. And when it comes to international transactions, they would run into difficulties with managing the liquidity pools of all the different currencies that they hold. Because of these problems, the idea of having a brand-new system centred around cryptocurrencies (which are often seen as a “global currency”) starts to look like a stellar proposition.

The initial obstacle with having a cryptocurrency based system is that it will require users to familiarise themselves with a whole new currency, different exchange rates, and especially its uncertainty in the value. This puts a limit on the appeal of Circle and Ripple, the cryptocurrency-centred start-up payments mentioned earlier.

But it still begs the question: if we want our payment systems to be integrated, then why is there a need for it to go through multiple intermediaries? It can be argued that we can make payment transfers be part of central bank functions. That way, every individual who has accounts in one central bank could easily be linked across countries to create a centralised ledger that can serve an entire economy. Doing this could increase the safety, efficiency, and speed of transactions and payments. At the moment, central banks are entertaining the idea but are still convinced that changing the system can bring loads of risks to the current state of the financial system. Still, if they do change their minds and decide to change our payments infrastructure, then the financial system would be profoundly changed.

crypto cryptocurrencies banking
The opinions and assessments expressed in the text are the views of the author of the article and may not represent the position of Cryptogeek. Do not forget that investing in cryptocurrencies and trading on the exchange is associated with risk. Before making decisions, be sure to do your own research on the market and the products you are interested in.