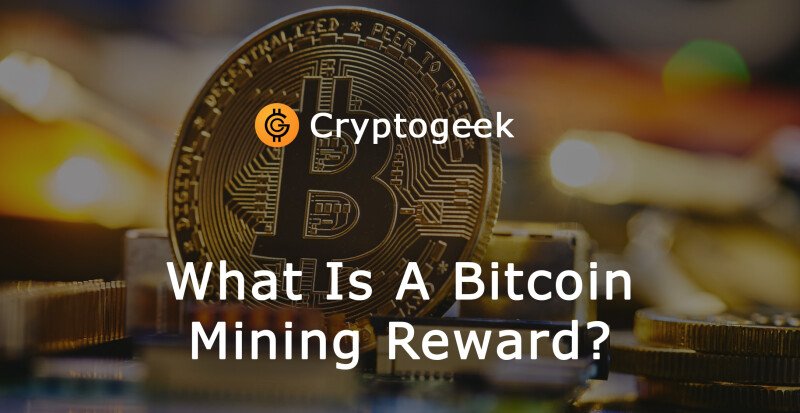 One of the most important aspects of Bitcoin is the mining reward. And this is the incentive miners have to keep mining, giving new bitcoins their value. The mining reward is also how the network creates new bitcoins. Also, if you want to trade using bitcoin, use efficient and secure trading websites like www.bitcoins-era.nl.

The mining reward is 6.25 BTC, and halving occurs every 210,000 blocks. And this means that the mining reward will be cut in half every four years. The next halving will be in May 2024.

After a halving, miners may find that their revenue decreases, and they must either stop mining or find a way to make up for the lost revenue. And this can lead to increased centralization as the most efficient miners continue to mine, and the less efficient miners get out of the market.

The mining reward is one of the most important aspects of Bitcoin, and it is essential to understand how it works.

The Bitcoin system rewards miners with BTC for verifying and committing transactions to the blockchain. The Bitcoin protocol stipulates that the network will cut the mining reward in half. The amount of BTC, a miner, receives per block is called the block reward.

When a halving occurs, the minimum BTC reward per block reduces by half, meaning miners earn less BTC for their efforts. To cater to this loss in revenue, some miners may stop mining, which can lead to centralization. But miners may continue mining if they go to crypto exchanges and sell their new Bitcoin at a higher price.

What Influences the Bitcoin Reward?

Three main factors influence Bitcoin mining reward: the price of BTC, the cost of electricity, and the miner's hashrate.

The miner's hashrate measures how much computing power they are using to mine Bitcoin. The higher the hashrate, the greater the chance of finding a new block and receiving the block reward. However, BTC's price and electricity cost also influence the hashrate.

If BTC prices go up, miners are more likely to invest in equipment to increase their hashrate to find new blocks and earn more Bitcoin. But if the cost of electricity goes up, the increased hashrate may not be enough to offset the increased costs, and miners may again stop mining.

The Bitcoin mining reward is vital because it gives new bitcoins their value and incentivizes miners to keep mining. The halving of the mining reward also helps control the supply of new bitcoins, reducing the rate miners produce new coins. And this can help to prevent inflation and ensure that the value of Bitcoin does not decrease over time.

So, the mining reward is a crucial part of the Bitcoin system, and it is essential to understand how it works. Also, it's worth monitoring the halvings, as they can impact the price of Bitcoin and the mining industry.

crypto mining bitcoin mining
The opinions and assessments expressed in the text are the views of the author of the article and may not represent the position of Cryptogeek. Do not forget that investing in cryptocurrencies and trading on the exchange is associated with risk. Before making decisions, be sure to do your own research on the market and the products you are interested in.