Why Some People Think Bitcoin is a Bubble 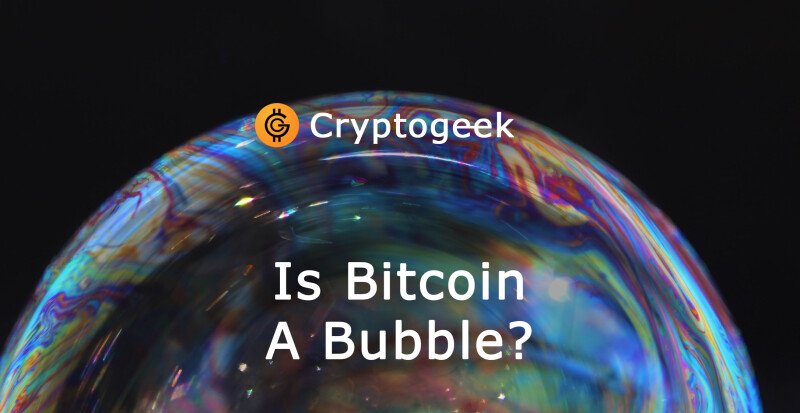 When Satoshi Nakamoto launched Bitcoin in 2009, the timing was perfect. That's because it was just after the 2007/2008 global financial crisis, which many believe was caused by the Wall Street bullies. Bitcoin came as a better alternative to the existing payment and economic system. It removed centralized control by the government and the Wall Street bullies and provided a convenient way for everyone to access financial services. Among the popular platforms where you can trade cryptocurrency is Bitcode Methods. Creating an account on this exchange is fast and stress-free.

Within a few years after the launch, Bitcoin started attracting the attention of more financial and economic pundits. As time went by, Bitcoin gained momentum, triggering different reactions. For some, Bitcoin was a good thing that was here to stay. However, for some skeptics, Bitcoin was just another bubble.

Why would some people think that Bitcoin is a bubble? There are several possible reasons.

Even though you will not hear anyone admit it, some people think Bitcoin is a bubble because they see the crypto asset as a threat to the traditional centralized financial system. That's particularly the case for those who have long been in the centralized system and benefitted from it.

Bitcoin is blockchain technology, a decentralized peer-to-peer network that removes government or institutional control. It means that government or the Wall Street bullies cannot control or interfere with Bitcoin. Hence, some who see this as something terrible consider Bitcoin a bubble.

Most skeptics who think Bitcoin is a bubble focus on its high price volatility and related risk. Indeed, Bitcoin is highly volatile, and prices keep changing unpredictably. Unlike other more stable assets like gold or even fiat currency that are more stable, Bitcoin can be very volatile, and this creates the impression of a bubble.

Those who see high volatility as a significant issue with Bitcoin believe it could see the price fall to zero. Bitcoin has shed even up to 70% of its value within a reasonably short period, so these skeptics believe that Bitcoin is a bubble waiting to burst. But since Bitcoin's value has generally increased since its launch, their arguments are baseless.

Some people also consider Bitcoin a bubble because it lacks intrinsic value. This category of skeptics argues that Bitcoin's price is not based on actual utility but purely on market enthusiasm and speculation. So, without inherent value, they don't see Bitcoin as a worthy investment but just a bubble.

However, despite Bitcoin lacking intrinsic value, it has value in terms of price. Whether the worth relies on speculation or not, the fact remains that Bitcoin beats most other asset categories in terms of value. For example, Bitcoin's price today is around $20,000. And this is higher than the price of most companies' stocks on the stock exchange.

Some also consider that Bitcoin lacks government backing and so think that it is a bubble. They argue that the creator of Bitcoin, Satoshi Nakamoto, and the network of users on the blockchain network who verify transactions remain anonymous. So, they fear that the consumers won't have a place to go for assistance if something terrible happens.

Some people think Bitcoin is a bubble for various reasons. But these reasons are often baseless or weak. Otherwise, if Bitcoin were a bubble, it wouldn't have survived to date.