Bitcoin Revolution and Its Impact on Economic Development 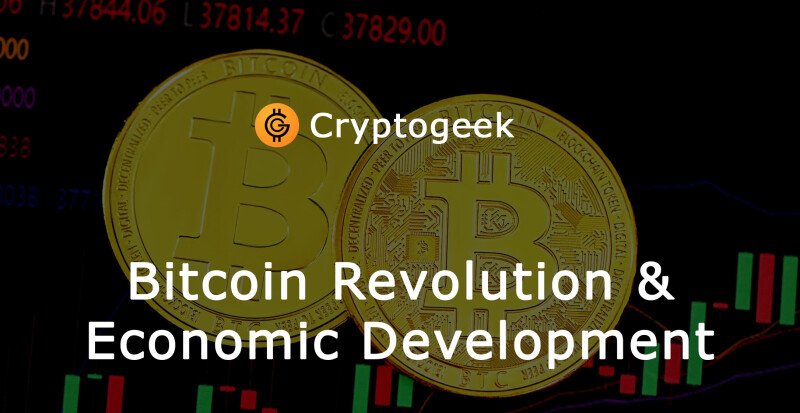 Bitcoin launched in 2009. But it has become such a major revolution that local and global economies feel its impacts. If anyone assumed that Bitcoin was just another tiny bubble with a short shelf-life, they should rethink this position now. For example, you can begin trading Bitcoin through the BitAlpha AI platform that you can download and install on your gadget. This crypto asset has taken the world by storm, and different economic sectors are feeling the wave.

Defining Bitcoin and the Bitcoin Revolution

Satoshi Nakamoto introduced Bitcoin in 2009 as an alternative digital payment system. Unlike the traditional payment system that primarily relied on fiat currency, Bitcoin provided a new way of transacting using virtual currency. You cannot see or touch Bitcoin because it has no physical form. But it has value and can be used to pay for goods and services.

After the initial slow start, Bitcoin has only recently become a revolution. Following the COVID-19 pandemic, the role and importance of Bitcoin and other cryptocurrencies have become quite clear, even for institutional users who were initially reluctant to embrace the technology.

Today, apart from the many retail and institutional users embracing Bitcoin, governments are also increasingly appreciating it and thinking about regulating or even legalizing it. The Bitcoin revolution has inspired many countries to introduce digital currencies (CBDCs) like the digital Yuan and the digital dollar.

Today, Bitcoin is the largest cryptocurrency, with over 190 million users, including individual and institutional investors. Thousands of transactions take place on Bitcoin each day. Moreover, the value of Bitcoin has increased drastically since its launch. Furthermore, Bitcoin's market capitalization exceeds the GDPs of many countries.

Bitcoin has had significant impacts on the economy and economic development.

Many apps for trading Bitcoin have emerged. These apps provide help to investors who wish to start trading in Bitcoin.

Bitcoin has also boosted access to financial services. Bitcoin allows virtually anyone with an internet connection to open a Bitcoin wallet and start enjoying the range of services there. The decentralized structure makes this possible because it removes the government or the central bank from controlling the financial system and setting the rules.

With the traditional centralized financial system locking out many people for frivolous reasons, Bitcoin now allows people, even in remote areas, to access interest accounts, staking, and lending services.

Enhanced Efficiency and Effectiveness of Remittance

Bitcoin has made international money transfers straightforward, faster, and cheaper. Through its peer-to-peer network, Bitcoin allows people to send money directly to anyone worldwide without going through intermediaries. Doing the same via banks and other institutions would initially take days and cost quite a lot.

Considering the globalization of the economy, this is a significant impact. It means that Bitcoin has and will continue to boost international trade and economic engagements by alleviating intermediaries' unnecessary costs and bureaucracies.

Bitcoin revolution is real and is evident in the high adoption and usage rates and increased price and market capitalization of Bitcoin. The emergence of COVID-19 showed the world how vital Bitcoin and its underlying blockchain technology are in driving economic development.

bitcoin btc
The opinions and assessments expressed in the text are the views of the author of the article and may not represent the position of Cryptogeek. Do not forget that investing in cryptocurrencies and trading on the exchange is associated with risk. Before making decisions, be sure to do your own research on the market and the products you are interested in.