What is happening with the crypto market: An Interview with Arthur Iinuma, blockchain consultant 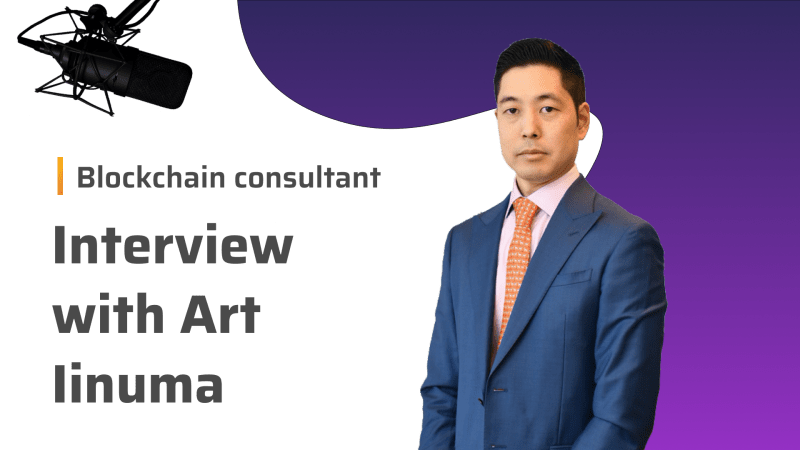 We have been lucky enough to have an interview with Arthur Iinuma.

We discussed the current state of the cryptocurrency market as well as its potential future.

Cryptogeek: In your opinion, what is the reason for the current rise in the price of bitcoin?

Arthur Iinuma: There’s significant large scale buying demand from corporations, most significantly Microstrategy, Square and Tesla as examples, but also from smaller acquirers like Morgan Stanley, indirectly through Grayscale.  There is likely a number of corporate, family office, high net worth and institutional buyers that are less public about their purchases, contributing to a reduction in supply.

Additionally, bitcoin serves as an alternate store of value and fungible currency for countries in which there is less mobility in their local currency.  For example, China has tight restrictions on converting the Yuan to other currencies such as USD.  In these countries, for businesses and wealthy families, bitcoin represents a more fungible and acceptable currency that is more universally accepted in cross-border situations - at least where USD is more challenging to acquire.

Beyond this, there is more global and mainstream awareness, due in part by vocal businesses and personalities such as Michael Saylor, Elon Musk, and Jack Dorsey.

Cryptogeek: What do you think to expect from the bitcoin price by the end of the year? Do you have any predictions for it?

Arthur Iinuma: I am bullish overall with bitcoin and have been public about this since 2017.  With just a few months left to wrap up the year, I’d say we will probably grow another 50-75% from today’s figures if we can get a decent breakout.

Cryptogeek: What investment strategy is now optimal for a person who has up to 1-10 thousand dollars at his disposal and who wants to make money on cryptocurrency?

Arthur Iinuma: Cryptocurrencies are high-risk investments - probably one of the highest risk categories.  Many cryptocurrencies like bitcoin, gain their value based purely on supply-demand economics, so a strong, confident market with good sentiment generally leads to stronger forward momentum.  But because of the sentiment driven nature of the broad market, I recommend only putting in what you are comfortable completely losing, and even at that, starting with bitcoin first before dabbling in alt coins.

Cryptogeek: What factors should a cryptocurrency investor pay attention to when choosing a coin to invest in 2021?

Arthur Iinuma: It helps to understand what cryptocurrencies are.  They come in all different forms.  Some are used to pay for transactions on their native distributed ledgers, others for specific utility functionality.  Some have no valid use cases for their existence at all.

So an investor needs to be acutely aware of the technology and underpinnings of the various protocols, blockchains, marketplaces and decentralized applications that these tokens are issued under and how such features and functions drive adoption, usage and value to their tokens.

They should also evaluate on whether a team can execute on their vision and what the end goal is.  Sometimes there are novel and unique ideas but they attempt to fix something that isn’t broken.

Finally and most importantly, one should have a discerning eye when it comes to hype and marketing.  In the crypto space, projects that are well marketed tend to drive more awareness and virality leading to short term but sometimes dramatic increases in price.  A well executed marketing campaign or worse yet, bold claims on product deliver or market performance doesn’t necessarily lead to long term performance of the token or future viability of the product.  Prices collapse so rapidly that it may be difficult to get out of such tokens without incurring substantial losses.

So my advice in short - do you due diligence and be careful.

Cryptogeek: Does it make sense to diversify cryptocurrency investments in 2021? Or is it better to stick to one coin?

Arthur Iinuma: It is probably safer to diversify, but only if you stick with the larger cap tokens.  However, if you compare the top 10 cryptocurrencies in the 2017 bull run with today, you’ll find that the composition is vastly different.  The two cryptos that have consistently kept their position as the top by market share are bitcoin and Ether.  Investing in the rest of the top 10 would have arguably netted you less gains or potentially losses.  So diversification isn’t enough - one has to constantly watch the market fo new projects.  Today’s darlings like Polkadot, Solana, and to a lesser extent Uniswap didn’t exist a few years ago.  That’s how fast this space moves.

Cryptogeek: Do you think coins like Dogecoin (meme coins) have any long-term potential? There is an opinion that Doge, being solely a meme-coin, has no real value. It does not have any technical advantages compared to other coins, and if it were not for artificially heated interest, it would have no value at all. Do you agree with this statement?

Arthur Iinuma: The answer is probably yes, they are less likely to have long term potential.  However, the real answer is far more complex.  Many of today’s cryptocurrencies have had lasting value purely because a large number of people believe they have value.  Take for instance bitcoin - it’s not particularly good as a transfer of value - there are others that have faster settling times with lower costs to run.  From a technology perspective, it’s also not particularly interesting. For example, it does not have native smart contract support and updates to its core code have been few and far between.  And yet it is the most valuable cryptocurrency purely because of people believe it should be.  We cannot discount the value that this effect has, and so determining a cryptocurrencies future price based purely on its technical advantages is probably not the best way to determine long term value.

Cryptogeek: What events in the cryptocurrency field do you consider to be the most important over the past year?

Arthur Iinuma: By far the most compelling is the rapid growth of decentralized finance.  The implications of this are far reaching and are likely to run head up against regulators.  This isn’t a bad thing, necessarily, it just means ‘mainstream’ is starting to notice.

Cryptogeek: What is your opinion on NFT? It seems crazy when people spend millions of dollars on it. Some say that this is only a temporary trend. Do you agree with this statement?

Arthur Iinuma: I think NFTs are here to stay.  They have very unique properties that allow applications and ecosystems to interact with their owners when compared to standard fungible tokens.  NFTs also have the potential to expand in features and functionality - we will probably see the development of many more token standards beyond ERC-721 and ERC-1155 for example.

That being said, simply wrapping up a digital piece of art is probably not going to carry NFTs into the future.  We are already seeing that the secondary market for such items is very thin.  Concepts such as gamified yield are compelling features that probably have a lot more long term potential and are likely to spin off more intriguing variations as the market matures.

Cryptogeek: What is your opinion on CBDC? Do you think CBDCs will be able to compete with traditional cryptocurrencies, or even replace them in the long term?

Arthur Iinuma: CBDCs are definitely very interesting and compelling.  A lot of the benefits of crypto is that they are easy to transact with, whether that being the exchange of different ones between each other, or the transfer of value from one wallet to another without the need for a centralized bank account.  CBDCs may help to bring these convenience into government currencies.

However, we need to consider that some of the benefits of cryptocurrencies may not exist with central bank issued crypto.  For example, a fixed supply currency like bitcoin will appreciate in value as demand increases relative to supply.  CBDCs are very likely going to be managed similarly as standard fiat, meaning the central bank will be able to quantitatively restrict or ease their supply to affect things like interest rates and inflation.  Furthermore, most cryptocurrencies allow anonymous transactions and even sometimes private transactions.  CBDCs are likely going to be monitored by the central banks that issue them.  In a world where privacy is quickly becoming an important topic, this could be a challenging issue for many.

Cryptogeek: Do you think Bitcoin will be able to maintain its leading position in the cryptocurrency market in the long term - in 10-15 years? Or will it be replaced by more technologically advanced coins?

Arthur Iinuma: I believe bitcoin is likely going to be the first cryptocurrency with an ETF issuance in the U.S.  This would serve as a gateway for the many retirement accounts to gain incremental exposure to the cryptocurrency.  This could further solidify its lead and awareness.  Beyond this, there is definitely something to be said about its name and recognition that is likely to allow it to continue to gain a substantial lead over other cryptos.

Bitcoin is also quite a bit more decentralized than many tokens.  Although there are concentrated positions in early wallets, it is still much more fairly distributed than many other mainstream cryptos.  It is also decentralized from a governance standpoint.  It does not have a corporate or marketing motive like other platforms.  It does not purport to be the fastest blockchain, the best to use for any application, etc.  Many of the other top cryptos promise a big solution to a yet understood problem.  Solana is a promising blockchain with powerful infrastructure.  Polkadot sells the vision that being the middleware between blockchains is the solution.  If they fail to achieve this or their solution is not as important as made out to be, their value proposition may diminish as has been the case for many.  Since bitcoins popularity and value doesn’t seem rooted in any particular value proposition, it seems to be safe from trends.  That will give it some long term value, but it isn’t likely enough for it to be the definitive standard forever.

Cryptogeek: Thank you for the interview.

Arthur Iinuma: It is my pleasure.

blockchain cryptocurrency interview
The opinions and assessments expressed in the text are the views of the author of the article and may not represent the position of Cryptogeek. Do not forget that investing in cryptocurrencies and trading on the exchange is associated with risk. Before making decisions, be sure to do your own research on the market and the products you are interested in.