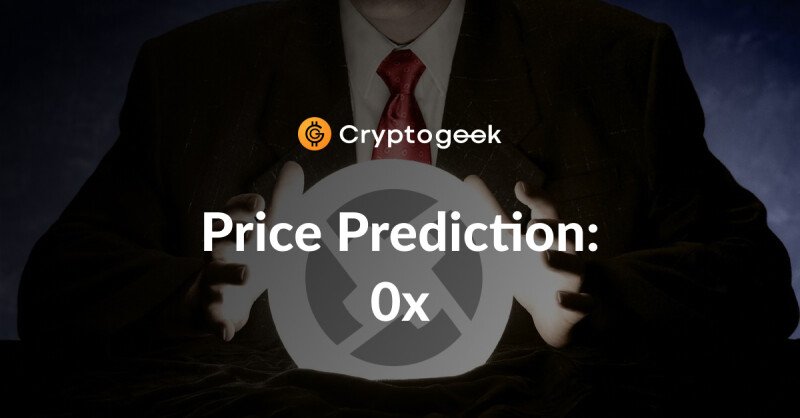 0x is a protocol for the peer-to-peer exchange of tokens on the Ethereum blockchain. It has a unique architecture that makes 0x faster than other decentralized exchanges. As Ethereum is not going to vanish any soon, 0x will have a job. Numerous blockchain projects are built on top of the Ethereum blockchain. Some of them will die out in the future, others will definitely prosper or at least will be used by some. As long as some of these projects will manage to keep relevance, the 0x protocol will keep on developing and expanding.

The protocol has its native token called ZRX. These tokens are used for voting and staking on 0x. The price of ZRX repeated many of the overall cryptocurrency market trends. Now, ZRX is one of the top 50 cryptocurrencies by market cap. As the 0x protocol has its benefits for the Ethereum token traders, we believe that ZRX has some potential on the market. In this article, we will try to figure out how much it can cost by the end of 2022, 2023, 2024, 2025, and 2030.

The analysis of the past price changes and the information on the upcoming economic events in the world let us make reliable forecasts. Before we start reading the price changes, let's have a short review of the token and the platform it was made for. Without this knowledge, we won't be able to evaluate the token's market potential.

The platform was launched after the ICO campaign that took place in the summer of 2017. The 0x team raised $24 million in Ether. The creators of 0x are Will Warren and Amir Bandeali. 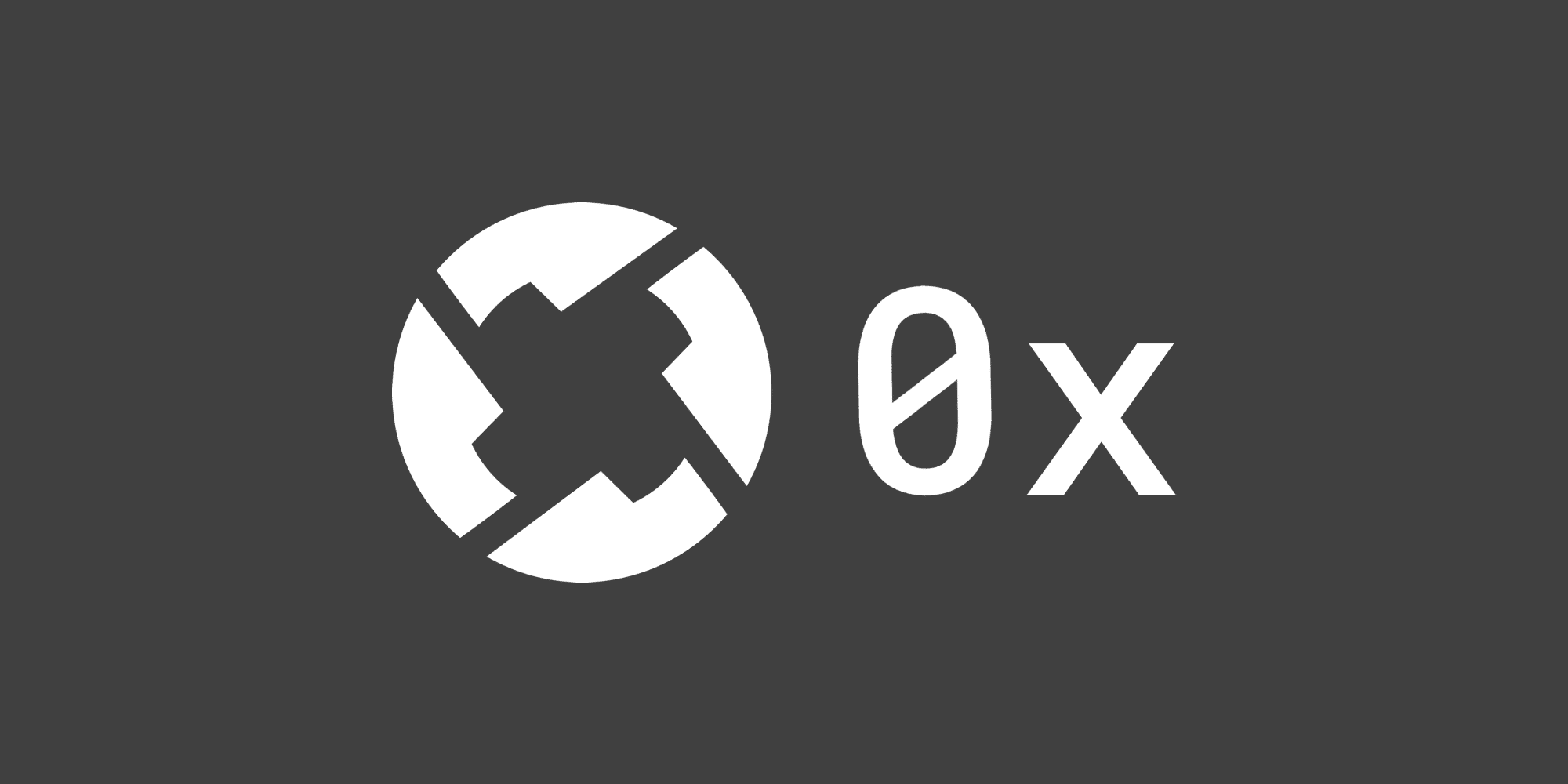 The off-chain transactions are based on the relay technology. Off-chain relays help to keep the network light and liquid. Moreover, this principle allows not to spend so much gas on trading as only settlement takes place on-chain while the rest of operations (placing orders, matching, withdrawals, etc) are executed off-chain for free. It saves a lot of time and money.

All the actions besides settlement are "broadcasted". Relayers broadcast the orders taken from numerous private and public order books. More than that, they are capable of hosting order books, too. Relayers are rewarded with ZRX as they bring liquidity to the platform.

The additional feature of 0x is that makers can signal if they are broadcasting an order to a specific taker and block others from taking this order. The participants of the exchange can communicate with each other through the 0x protocol using several available channels.

0x doesn't charge its users with commissions and doesn't apply any hierarchy to them. The trading process is executed through free smart contracts. The protocol is designed that way so DApps users could easily access 0x. The protocol can be used for building DApps on top of it. These DApps can be utilized to create or use public liquidity pools and collect fees. It means that the protocol can be used for the building of cryptocurrency exchanges and other DApps and platforms. Such projects as Augur, Publish0x, Gnosis, district0x, and many others are built on 0x.

ZRX can be used for participating in the governance of the 0x platform. That's quite a standard system of voting of stakeholders. This voting determines the future steps in platform development.

ZRX became available for trading on August 16, 2017, not long before the cryptocurrency boom. What is good about the ZRX price is that its all-time low took place on its very first day on the market as soon as the ICO campaign was finished. That day the price was around $0.1 and since that moment it never was this low. Moreover, even this price was twice higher than the price ZRX had during the ICO. The next day, ZRX already cost $0.22. The highest point in August was on August 19 when the ZRX price surpassed $0.5 for a while. From the very beginning, the project was supported by the HitBTC exchange. In September 2020, the token was listed on Binance. That month the price was not stable and declined from $0.4 to $0.2 by the end of September. The price was hovering around $0.2 until December. That month the coin was added to a large exchange OKEx and the entire cryptocurrency market began to rise quickly. That's when ZRX started its way towards its all-time high. On December 6, the ZRX price reached $0.3 for the first time in 3 months.

On December 21, the price reached its new all-time high ($0.645) and started to update this value regularly. On January 1, 2018, the price has surpassed the mark of $1 for the first time. On January 9, it hit the historical all-time high reaching the price of $2.53 per coin. Interestingly, the price of ZRX was growing for the entire month, being isolated from the decline of the Bitcoin price that began at the end of December. Such independent behavior showcases the strength of this token. However, ZRX wasn't cool enough to continue growing when the overall market was in depression. Therefore, it dropped, too.

Throughout January the token price was around $1.5 to $2. In February, when BTC continued the downfall, ZRX was still above $1 and only by March, the 0x token price completely went below $1. In the middle of the month, the price was already around 50 cents and only in late April ZRX has reached $1 value again. Not for a long time and not apart from the rest of the cryptocurrency market but still.  May of 2018 was quite positive. The price was around $1.5 most of the time peaking at $2 at some point. In June the ZRX price started to meltdown and almost went to the March values. However, in July ZRX was traded above $1 again, and only in August, the price began the slow way down. At the lowest points in September, it was as low as $0.46. In October, the token was added to the Coinbase exchange. It brought new investors, and the price started to rise. Most of the time it was below $1 although on October 17 ZRX surpassed this level for a moment. It's important to mention that this surge is another example of ZRX price growth without a straight influence from the general market trend. Nevertheless, in November the market started to shrink, and ZRX has dropped below 50 cents by December. For two months, it was around $0.3 and in February, the price rolled to $0.25.

Since March the price began to go up and down in an interval between 22 and 37 cents. It lasted for several months. At that time, Bitcoin had several short surges. In August it gained significant value, but ZRX hasn't reacted to it. Moreover, its price dropped below $0.2 for the first time for a long period while BTC was going up. For the entire August and most of September, ZRX was below 20 cents. In the second half of September, the coin began to grow and surpassed a $0.2 support level. Until the middle of November, several times it went above the $0.3 mark. Since the second half of the month, the price was oscillating below 30 cents per coin dropping below 20 cents in late December. For the rest of the winter, ZRX was traded at an interval of 20 - 30 cents. The powerful crypto market downfall that took place on March 13 has its effect on the ZRX price as well. The price dropped by one third (it declined from 22 to 15 cents). The following decline of the fiat money system played a positive role in the cryptocurrencies. Following the huge trend, the price of ZRX has grown during the spring. Throughout 2020, ZRX wasn't performing that well. In early 2021, the huge crypto rally began and in February 2021 the ZRX price has skyrocketed. In April 2021 the price nearly repeated the record price of January 2018 reaching $2.3. There were spikes in Spetember and November then the price went down. By February 2022, the price was slithly above half of a cent.

As the third version of the 0x protocol gets deployed, ZRX is going to get a little further in terms of price. The tech upgrade may bring new investors. As the popularity of cryptocurrencies continues to grow, he functionality of fast, cheap, and private crypto exchange (that's exactly what 0x provides) might bring more users to the platform. By the end of 2022, experts predict the ZRX price to reach from around $0.8 to $0.96. One year later, the price will cross the $1 level and even go further. In 2024, ZRX is expected to gain price quicker than in 2022 and 2023. It can rise up to $2.28. In 2025, the coin will be traded at around $3. The project is showing the signs of a steady trustworthy enterprise. Most probably, ZRX coin will keep on growing well. By the end of 2030, the price may reach up to $23.

Sep 08, 2022 0
altcoins ethereum price prediction price prediction cryptocurrencies 0x ZRX cryptocurrency market augur
The opinions and assessments expressed in the text are the views of the author of the article and may not represent the position of Cryptogeek. Do not forget that investing in cryptocurrencies and trading on the exchange is associated with risk. Before making decisions, be sure to do your own research on the market and the products you are interested in.