Weird crypto: Which cryptocurrencies are called the most ridiculous? 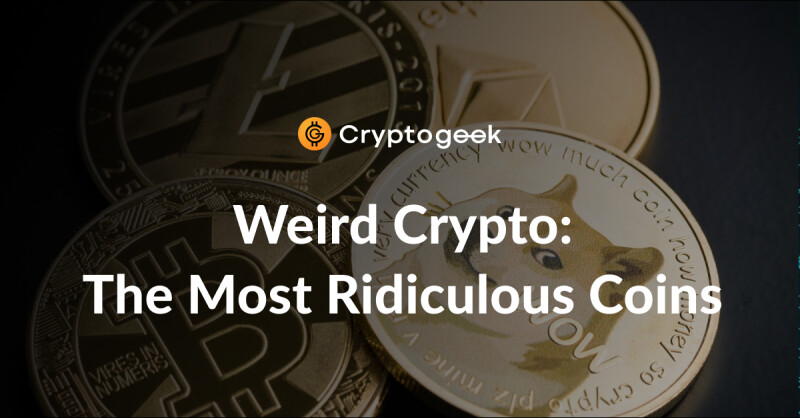 The cryptocurrency market is growing before our eyes. New types of coins appear almost every day. The most interesting thing is that they are launched by completely ordinary Internet users who have little knowledge in the field of programming and information technology, and of course the necessary software. Some creators, in fact, managed to distinguish themselves. And it would seem, on comic cryptocurrency projects, they were able to raise millions.

A prime example is meme-coins. Each of us has heard about Dogecoin at least once. We are talking about a cryptocurrency that has an open source code for conducting transactions. The logo of the currency was the dog Shiba Inu, which is the character of one of the most popular Internet memes. This cryptocurrency has no other features, however, the “ridiculous dog” has quite a decent capital. Dogecoin's market capitalization will soon reach $ 600 million.

The main competitor to Dogecoin is the Pepe Cash cryptocurrency. The prototype for its creation was the Pepe frog. Pepe Cash's functionality is wider than Dogecoin, because these coins serve as the currency of the Pepedirectory service, in which users can store and exchange rare cards that depict a frog.

The creators of Jesuscoin also excelled. Religion is a reverent and sensitive topic for many people, and in many countries for a rude statement related to the feelings of believers, you can get a criminal sanction. But this did not scare the creators of this cryptocurrency.

On the official website of Jesuscoin, it is stated that those who are the owners of this cryptocurrency are guaranteed to be in Paradise. In addition, the founders of the project assure that they are at the stage of negotiations with the church and want to ensure that people start to forgive sins for using Jesuscoin. So far, the clergy are vehemently against this approach, but the creators of the project promise to come to an agreement with them. Moreover, the son of God is designated as the founder on the site, and the apostle Paul is responsible for public relations. It seems that despite the absurdity of the currency, it nevertheless became popular, because its capitalization amounted to about 1.5 million dollars.

And these are not all “religious” cryptocurrencies. ConfessionCoin has already been created, which, according to the creators, allows cryptocurrency owners to write their sins into the blockchain, which equates to confession.