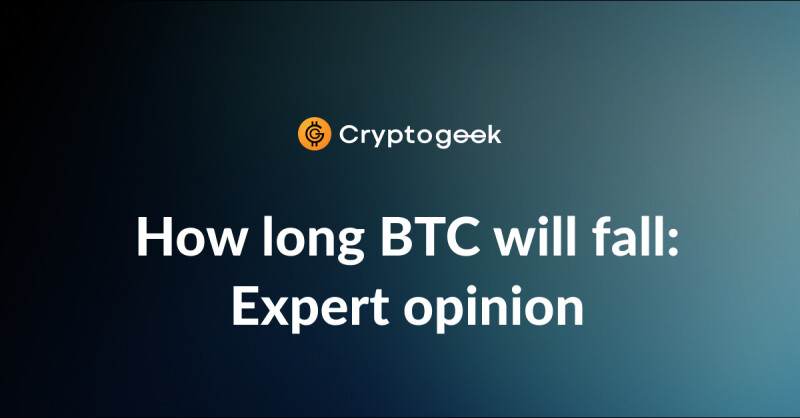 The Bitcoin price is going down day by day and all Bitcoin holders are worried. How long will this fall last and what point will it stop at? That's what the experts think!

Cryptocurrency analyst Col Garner writes that the intersection that forms around $ 6.400 is likely to become a minimum.

Blockroots co-founder Josh Rager writes that funding is still a plus, so the outlook is currently not too bearish. $ 6.300 will be the ultimate goal. The only question is whether it will rise back to the top of the range of $ 7000-8000 before or after the next fall.

A crypto trader nicknamed The Crypto Dog notes that BTC fell another 15%. Support dropped to $ 6.200 and he think we will see a good squiz soon.

Well-known analyst Peter Brandt believes that for sustained growth and the achievement of the exchange rate in the region of $ 50.000, Bitcoin needs to survive another serious drop.

According to Brandt, the bottom of the Bitcoin exchange rate is at $ 5.500, but quotes can reach this mark in July next year.

Former vice president of JP Morgan Chase, trader and analyst Ton Vays noted that six months ago at Consensus2019, Ran Neuner and he bet that Bitcoin would return to $ 4.500. The price of Bitcoin was about the same, but then it was growing, but now it is falling.

Economist Alex Krüger writes that an additional liquidity can only help the price, but Bitcoin does not respond to macro variables. This is such a low-liquid and fragmented market that in the absence of a massive influx of new buyers, the direction is determined by the actions of several players. The only concepts that are still relevant are halving and a model for the ratio of issued coins to newly entering the market (S2F).

None of the above experts has devalued the Bitcoin price and gave up on its future. Rather, most experts do not predict negative outcome, but agree that without a drop, you won't see the top! :)