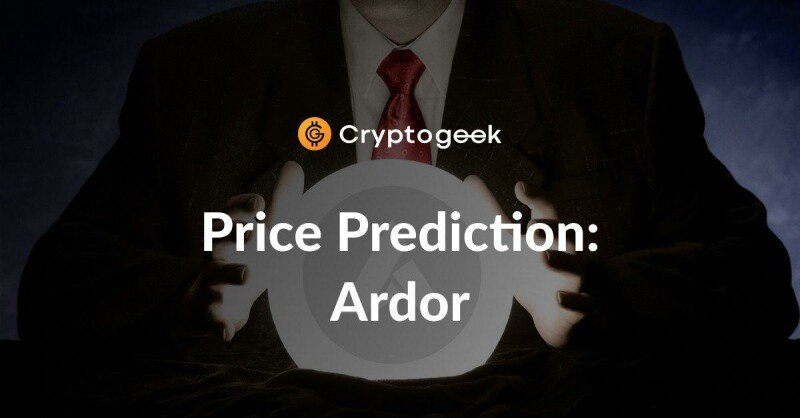 Ardor is a blockchain-based platform providing the service of creating so-called child-chains (the blockchains having similar functionality to their main-chains). In general, this functionality is a lot like the features of Ethereum and EOS. Nevertheless, in contrast to the latter two, Ardor is regarded as an easier in use so some experts claim the project has huge potential.

"When robustness meets versatility. I couldn't be happier with Ardor's excellence and the benefits we are able to bring to our customers,"

The project was launched in 2016 by the Jelurida company. Earlier Jelurida has already created the Nxt project and Ardor was the further development of the ideas behind Nxt. Unlike Nxt, Ardor provides the opportunity to communicate via encrypted messages with side partners. Ardor child-chains provide the voting and marketplace functionality and have bigger data storage space. The child-chains are secured via the hierarchy of the parent chain and don't require mining.

The first child-chain created on Ardor was a success. It is an Ignis platform which is still active since it's launch. It raised around $15 mln during the ICO campaign. Currently, Ignis is close to the 150th position by market cap and in general, performs quite well.

Ardor token was issued in 2016. Initially, Ardor coins have been distributed through the airdrops. As of February 21, 2020, Ardor token has reached the 84th position by market capitalization (according to the Coinmarketcap website). The exchange rate was around $0.06 for 1 ARDR and the market cap was equal to $61,861,763.

On January 16 of 2018, the price has reached its all-time peak at $2.14 mark per 1 ARDR. It's understood that the December 2017 - January 2018 was a period of cryptocurrency fever and the time when the Bitcoin price was too high after the alleged manipulations associated with Bitfinex team.

Firstly the ARDR coins appeared on the market in the summer of 2016. In October the coin was added on the Poloniex exchange. It had led to an increase of the token’s price and capitalization. In October the price was fluctuating around $0.01 for 1 ARDR. The capitalization was sliding slowly towards the mark of $10 million. In late October it stuck there for the next several months. The growth of the capitalization (but not the price) started only in January of 2017 when Ardoe became listed on the Upbit exchange.

In spring both the price and the capitalization increased by roughly 1.5 times in comparison to October of 2016. The entire spring these figures were gradually increasing.

In the cryptocurrency ATH days, the price and market cap of Ardor reached the maximum. The price has surpassed the $2 mark while the capitalization rose beyond $2 billion. After the mid-January, these figures have started to decline. The price was going down throughout the year and the market cap value has reached the minimum (it was roughly $50 million) by the end of 2018. Interestingly, even in July 2018 when the currency got listed on the Binance exchange, it didn't help the value to break the downward trend.

From spring to July 2019 the price and capitalization were in a positive trend. The market cap crossed the $100 million mark and then started to decrease again. In the last months, the price was shifting around $0.06 for 1 ARDR while the capitalization was changing in the $50 mln - $70 mln interval.

Overall, the performance of ARDR was correlating with market trends although it was not the case in 2019. It is safe to say that these days the project is better perceived by the professionals of the cryptocurrency sphere than by general cryptocurrency enthusiasts.

Some experts favorably compare Ardor with such giants as Ethereum and EOS. It means that Ardor has good potential which is probably not fully realized by traders yet.

As the price of Ardor correlates with the Bitcoin exchange rate we can expect that this year the price will rise a little due to the anticipated Bitcoin mining reward halving. The growth of the Bitcoin price will not change the Ardor price drastically as right now this currency is in a quite strong sell trend as it was growing by several percents per day. By the end of 2020, Ardor's price might reach around $0.07.

It was mentioned that professionals are more likely to invest in Ardor. As the big players of institutional trading will keep on joining the crypto market, the price of Ardor will be growing. Another factor considered as a positive for Ardor market performance is better regulation of the cryptocurrency market. By 2023 the price can overpass $0.1.

According to tech analysis, Ardor is rather a long-term investment. The period of the return of the investments is estimated in 2 - 3 years. In 5 years from now, the price is likely to keep on growing little by little. If in three years ARDR is going to reach $0.1 price, by 2025 the ARDR price will surpass the $0.11 mark.