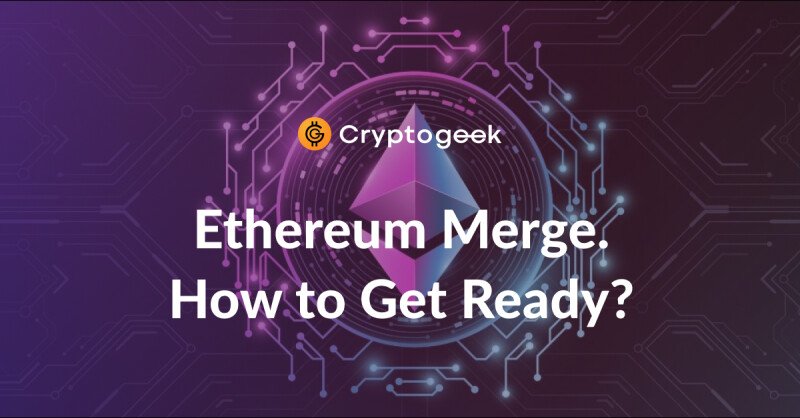 Anyone who read about cryptocurrencies since the ICO boom or more could have learned that Ethereum is planning to abandon the PoW consensus protocol in favor of PoS. The knowledge of this planned transition was so habitual that some of us could hardly believe that Ethereum would adopt the PoS algorithm for real one day. Well, everything's changing.

Now, we are told that the long-awaited transition to PoS called Ethereum Merge will happen between the 13th and the 15th of September. The news made colossal resonance in the crypto community raising many questions, aspirations, fear, joy, discussions, and so on. A considerable percentage of cryptos and NFTs are based on the Ethereum blockchain, so this transition will be an important historical move. If it goes smoothly, we will quickly forget about it. But what if the entire ecosystem becomes shaken? Read this article to learn everything you need about the upcoming Ethereum Merge.

What Is Ethereum Merge?

Ethereum Merge is the transition of the entire Ethereum blockchain from Proof-of-Work protocol to Proof-of-Stake protocol. Although Proof-of-Work effectively kept Bitcoin safe for over ten years, this mechanism feels dated. For several years, no new ambitious cryptocurrency was based on PoW. Ethereum has been relying on PoW since its very start in 2015. However, the team of this ecosystem quickly decided to change the consensus algorithm. And for many reasons.

Proof-of-Work is usually criticized for excessive electricity consumption. For instance, the Ethereum network consumes more energy than the Czech Republic or Colombia. It means that only about 40 countries consume more power than the Ethereum network. The carbon footprint of the Ethereum network is close to one of Switzerland's. It makes Ethereum a disastrous platform in terms of ecology. Transition to PoS will decrease consumption by over 99.9%, bringing significant environmental relief.

Another reason to switch from PoW to PoS is strife for decentralization. Allegedly, only three mining pools control 61% of the Ethereum hashrate. It makes the network relatively centralized and threatens Ethereum and the platforms based on this blockchain. On the other hand, the PoS protocol itself is not the cure for centralization and is criticized by decentralization evangelists.

What Will Be the Process?

In 2020, Ethereum launched a Beacon Chain, a layer conducting staking on Ethereum. It works alongside the mainnet and has limited functionality. For two years, it was used for tests and adjustments. Now, the Ethereum team feels that the mainnet is ready to merge with Beacon Chain, turning off the Proof-of-Work system. So, Ethereum Merge will happen by connecting the Ethereum mainnet with the execution layer (Beacon Chain) and will take about 12 minutes to complete.

As Ethereum has been preparing for the event for years, they guarantee that all the infrastructure built on top of the Ethereum blockchain won't be affected. The apps, tokens, and platforms will keep working as before.

After merging the Ethereum mainnet with Beacon Chain, the latter will be used as a testing ground for the next huge Ethereum upgrade — sharding implementation. This technology will address long-time Ethereum issues with scalability.

How to Prepare For Ethereum Merge?

Considering the fact that Ethereum is not the brand that has a chance to screw up, we believe there is no way to prepare for the Merge event. Most probably, Ethereum Merge will happen without any problems. We can't think any apps or coins will be ruined with this transition to PoS. Not in the case with a tech giant such as Ethereum. Replay attacks will not be the case, too, Ethereum reps state. They recommend not to do transactions in the minutes of the Merge itself. It will help you to avoid possible payment delays.

So the Merge doesn't seem to ruin the ecosystem. The actual outcome will be associated with the market, and that's where things start looking hazy. Some believe that mining itself might become a thing of the past as many miners will give up their businesses. One thing is for sure. People will start staking ETH. The new opportunities arrive. For instance, Binance has already conceived a low-barrier Ethereum staking feature. It allows you to stake as little as 0.001 ETH (instead of 32 ETH). Also, if you have ETH deposited on whatever platform right now, check if this platform didn't postpone the ETH withdrawals for some time. Some platforms have frozen ETH withdrawals until Merge takes place.

First, the world's electricity consumption will decrease by the amount comparable to the Czech Republic's energy expenditure or Finland's. The carbon footprint at Switzerland's level will fade away. Ethereum will no longer be a reason for the harm to the environment like it was all these years (ironically bearing the name of an ecosystem).

The increase in the data capacity

The transition to PoS will be the major move towards scalable Ethereum. The network usually goes under fire for scalability issues. Proof-of-Stake will partly solve this issue. Many Ethereum-like platforms use a better scalability level (in comparison to Ethereum's one) as the selling point. Probably after Ethereum Merge, they will have to offer something else.

Mining equipment for Ethereum is expensive. The rigs can cost dozens of thousands of dollars. The minimum stake on Ethereum is 32 ETH. We can't say it's for everyone, but still, it's much cheaper than buying a mining rig (think of electricity bills!)

Although decentralization of the PoW-based Ethereum is in question due to the fact that most hashrate is distributed between only three mining pools, many experts believe that the PoS protocol is more prone to centralization. PoW-based systems are believed to be trustless, while PoS-based ones are not that great in it. Some believe that after the Merge, we might witness censorship acts on the Ethereum blockchain.

PoS-based systems exist with a bigger attack pressure than PoW-based ones. Attackers on post-Merge Ethereum will be strictly penalized. The time will show how effective it will be for the network's stability.

As of now, it seems that the transition to Proof-of-Stake is a compromise, not the single best solution. PoW and PoS have their downsides, and some platforms came out with other solutions to provide better consensus mechanisms. However, we can't predict the future for Ethereum and the significant portion of the crypto products based on this network. This transition is undoubtedly a historic move that will have waves of resonance in the entire industry. 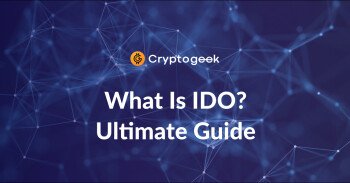