What is Bitcoin dust?

Dust is such a small amount that there is no point in sending it because it is much less than the network fee for the transaction. 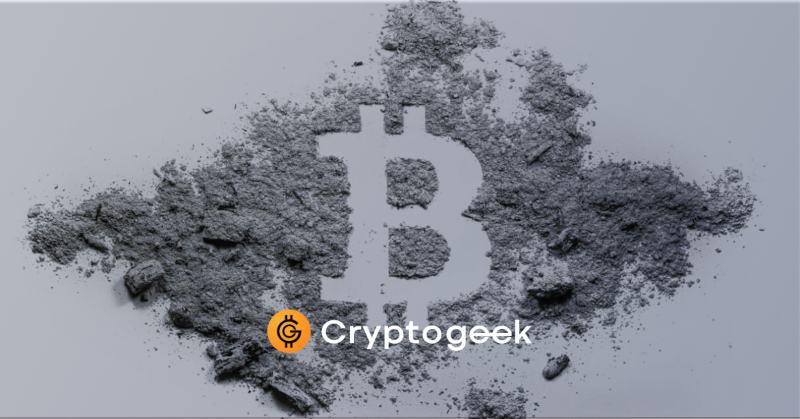 These are found out that users did not pay attention to these tiny amounts, so they started sending them a few Satoshi to increase the likelihood of user identification.

Because Bitcoin is open and anyone can create a wallet and connect it to the network without providing personal information, but all actions are transparent and you can easily track the entire transaction history of a given public address. Because of this, it turns out that Bitcoin is not completely anonymous. This feature is used by some fraudsters to track user transactions and even reveal their identity for extortion purposes.

To keep their anonymity fully, some users use so-called HD (hierarchical deterministic) portfolios, which mean a lot of Bitcoin addresses for a particular wallet user. For example, 1 BTC can be sent and spread in different amounts to 5 different addresses, but all 5 addresses belong to the same person and he or she has 1 Bitcoin in total.

Let us see how the attack works, as those are difficult to track. After the dust gets one of the two addresses, HD folders can cover this dust in the next transactions. This allows fraudsters to follow up on other operations, enabling them to identify the links between addresses and ultimately companies or someone behind them.

The scammer sends the dust to a certain address and waits for its use in combination with other outputs, so it also recognizes the addresses belonging to that user.

Usually, cryptocurrency users keep some of their money in their own wallets and on Exchange accounts. In this case, your personal data can ultimately be linked to your personal wallet through the dust attack via the exchange service. Initially, dust attacks were carried out for Bitcoin users. In fact, all crypto functions running on the public blockchain are susceptible to a dusting attack.

If you can build the transaction spending in your wallet, then this dust is just left and not used. But most services collect transactions from the next entry and the user cannot control it. If the dust has not been used as the exit, then the fraudsters cannot create the links between the addresses that they need to deanonymize the wallet owner.

So it's not a big problem for cryptocurrency enthusiasts who don't use them for crypto malicious activity. But the scammers who send the dust spam over the network cause inconvenience to everyone else because other users have to pay higher fees to avoid delays if their transactions are included in the block.

If you see the suspicious amount of Satoshi received and get messages, I know who you are, don't respond to provocations. Frauds cant harm you if they don't have access to yours.

No one will have access to your money when you use it.

We are happy to offer you the most convenient way to manage all of your cryptocurrency assets in a single interface from Atomic Wallet: